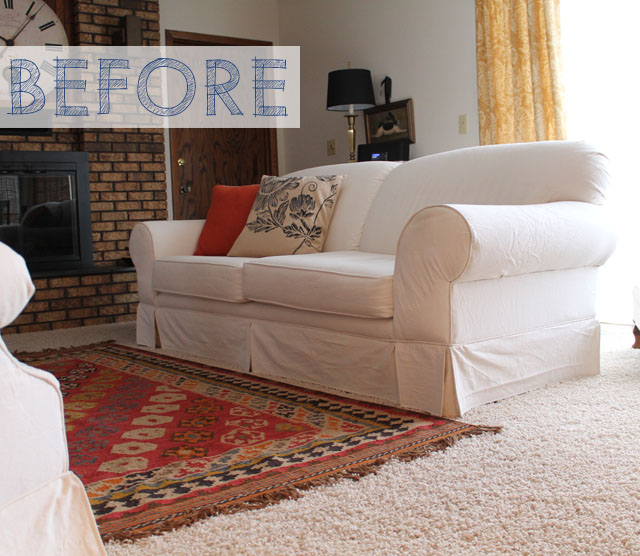 The conversation with our friend Joan went something like this:

Me: This sofa is so comfortable and I LOVE the white upholstery.

Joan: Oh, I’m so tired of them. I want to reupholster them but I’m not quite ready yet.

Joan: But I need a change.

Me: Have you thought about removing the skirt?

A week later Joan and I had the sofa on its back, staple gun and scissors in hand, giving her living room a quick and easy makeover… 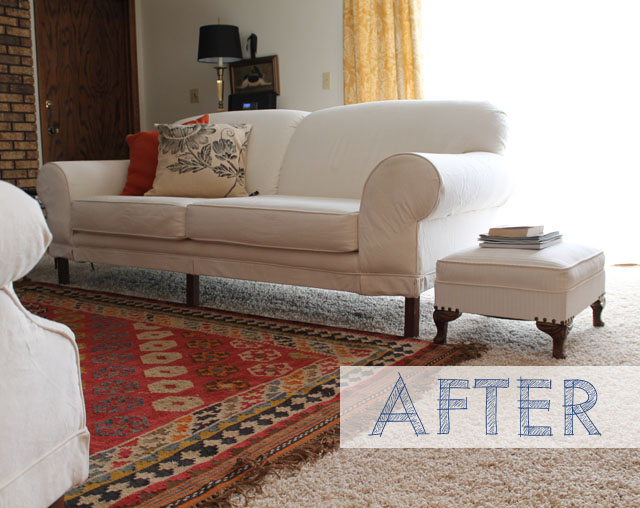 Our first instinct was to remove the skirt from the sofa completely but upon further inspection that didn’t look possible. Well, it would have been possible but it would have been messy and would have probably ended up looking sloppy. Instead, we stapled the skirt under the frame. By removing the cambric dust cover from the underside of the sofa, we were able to wrap the fabric under the frame and secure it. Then we reapplied the cambric to give it a finished look. You know, just in case anyone decides to crawl under the sofa.

I’m not a big fan of skirts on furniture myself. I like seeing the light shine under furniture. The skirt weighted the sofa down to the floor. With it removed, the sofa looks lighter, less bulky and more modern. 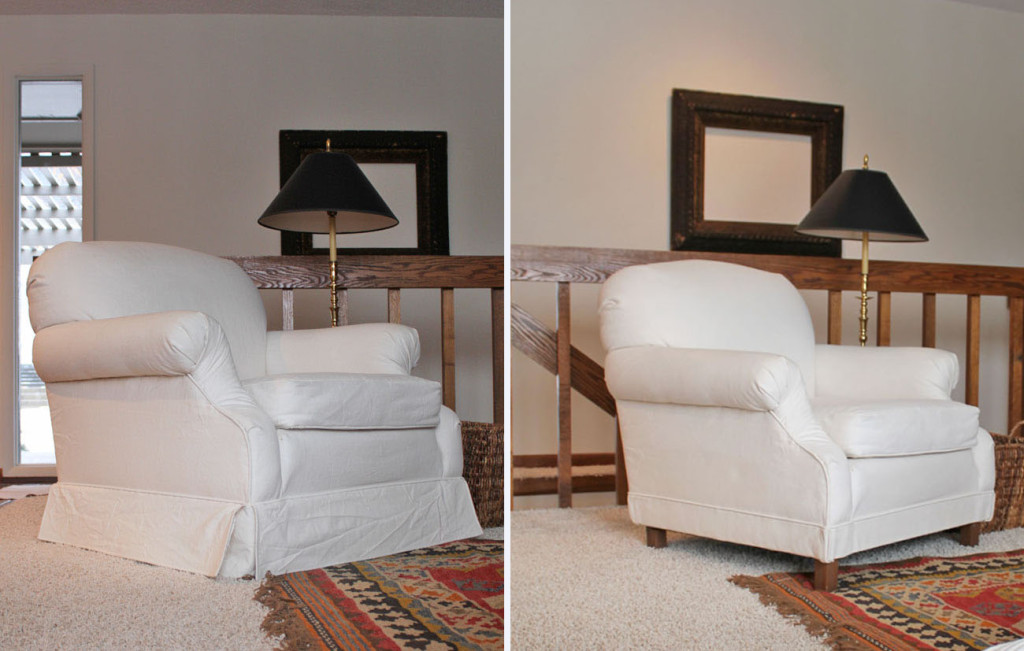 We gave the armchair in Joan’s living room the same treatment. As you can see, the skirt on both pieces was quite wrinkled. Despite ironing and steaming, the wrinkles just would not come out. But stretching the skirt fabric under the chair and stapling it to the frame helped smooth it at last.

We were both expecting that the legs on the sofa and chair would be removable. Joan was thinking of replacing them and I was hoping it would be easier to tuck the skirt under with the legs removed. Unfortunately, the legs are part of the frame so we had to cut the fabric to maneuver around them. This means that the sofa skirt can never be untucked. But, really, with the number of staples we used, that’s not likely to happen anyway!

For the price of a box of staples, three bandages (those staples are sharp!) and two hours of labor, Joan’s living room got a quick facelift. It’s a perfect stop gap measure until she’s ready to bite the bullet on re-upholstering it.

3 thoughts on “Before & After: The Sofa That Lost Its Skirt”