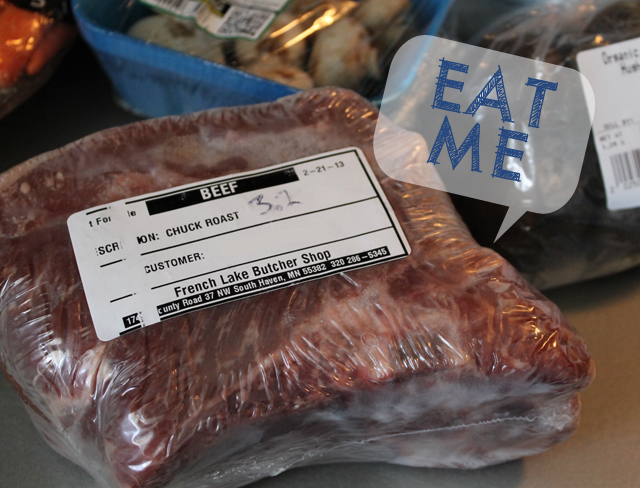 You’ve got to love a house guest who brings you frozen meat. When my friends Amy and Carey came to the Dream House for a weekend retreat in February, they brought along a few six-packs of beer (courtesy of the brewery where Carey works) and a chuck roast (courtesy of Amy’s meat CSA). The beer is all gone (chugalug!) but I just got around to using the roast this past weekend. And let me just say that a pot roast cooked in a crock pot is not only the easiest meal this side of fast food, it’s also super delicious!

After consulting a few pot roast recipes, including Pioneer Woman’s beautifully photographed step-by-step tutorial, I tied on my apron and decided to improvise. Here’s what I did: 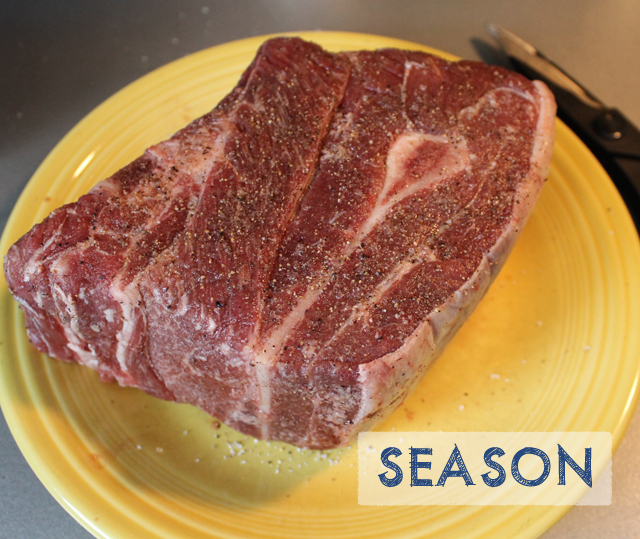 First, I seasoned the hell out of the raw meat. I used freshly ground sea salt and black pepper to cover every last inch of the meat. 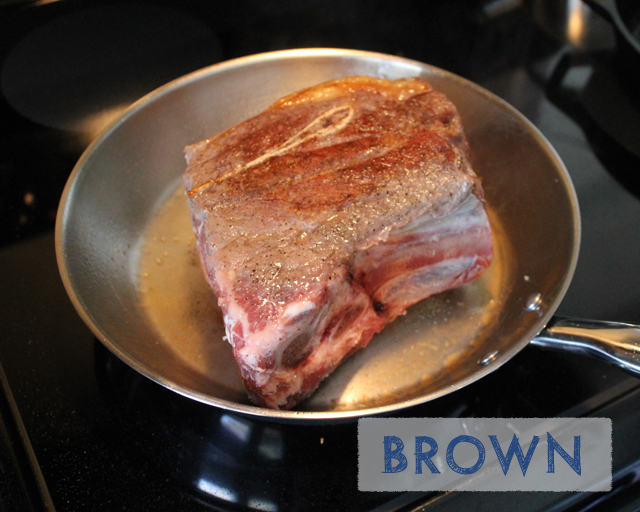 Next, I heated some olive oil in a large skillet and then browned the meat on all sides. It only took a couple minutes to brown one side of the meat, then I flipped it over and browned the other. 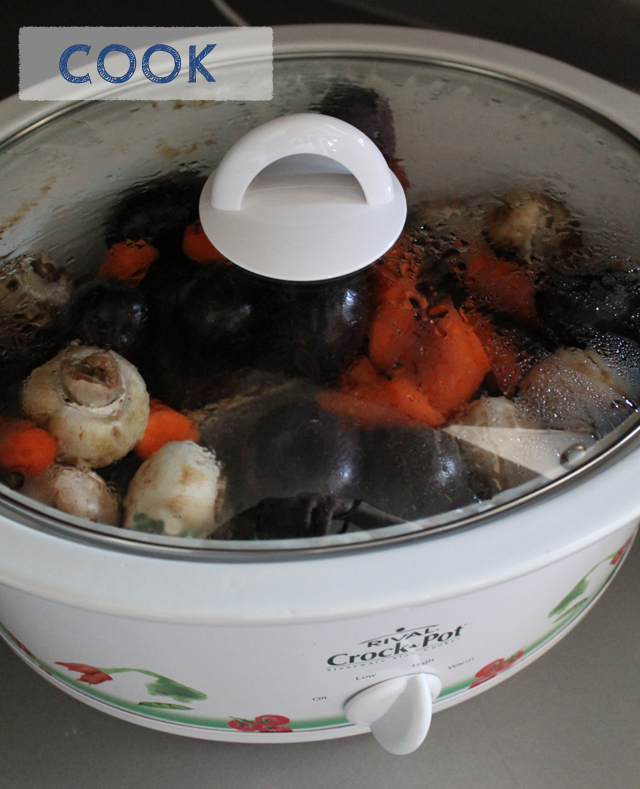 Most of the recipes I read suggested adding beef stock to the crock pot. I didn’t have any stock in the pantry so instead I added about 1/2 cup of red wine and a dash of coffee from that morning’s breakfast. I also dropped in two sprigs of fresh thyme and a little more salt and pepper.

With all the ingredients in the crock pot, I turned the dial to high and went about my day. Within two hours, the entire house was filled with the aroma of a delicious meal. In fact, the hardest part of using the crock pot to make this meal was dealing with our growling tummies while I we waited for it to cook. 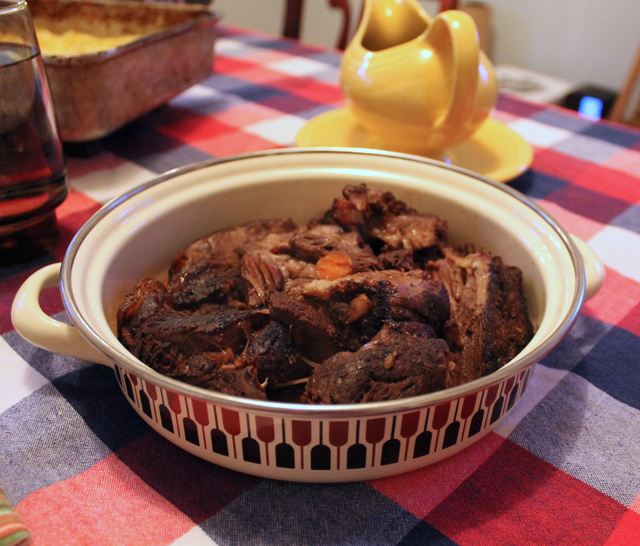 After about eight hours in the crock pot, the meat was falling off the bone and all the veggies were tender. To serve the roast, I put the meat in one container and the cooked vegetables in another. 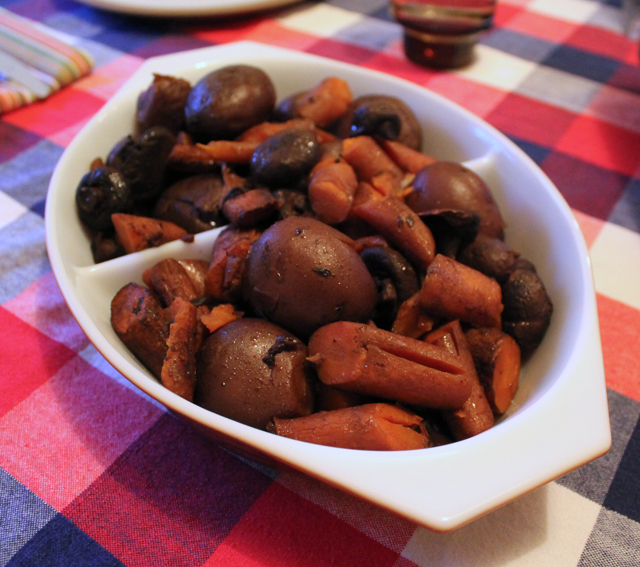 Perhaps the reason they call meals like this “comfort food” is because after you eat it all you want to do is get comfortable and take a nap! After dining like royals on our pot roast, vegetables and homemade macaroni and cheese, we sat by the fireplace and talked about all of the things we should be doing. Then we played Mad Libs and talked about how much we looked forward to eating leftovers the next day. It’s a sure sign that a meal was a success when you’re already thinking about eating it again while still digesting it the first time!