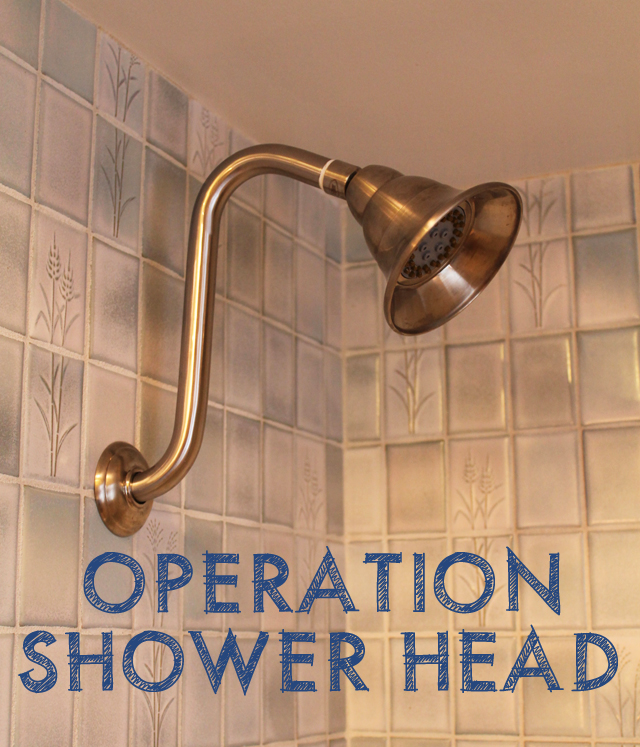 Replacing a shower head is one of the easiest bathroom DIY’s you can do. I’m talking five minute project start to finish. Yes, it’s really that easy. I’ve replaced the shower heads in almost every apartment we’ve lived in. (What can I say? I like a nice shower experience!) So, of course, when we got our hands on the Dream House, it was one of my first DIY projects. Here’s a quick and easy tutorial for replacing your own shower head…

Before we get started, you’re going to need a couple of tools. 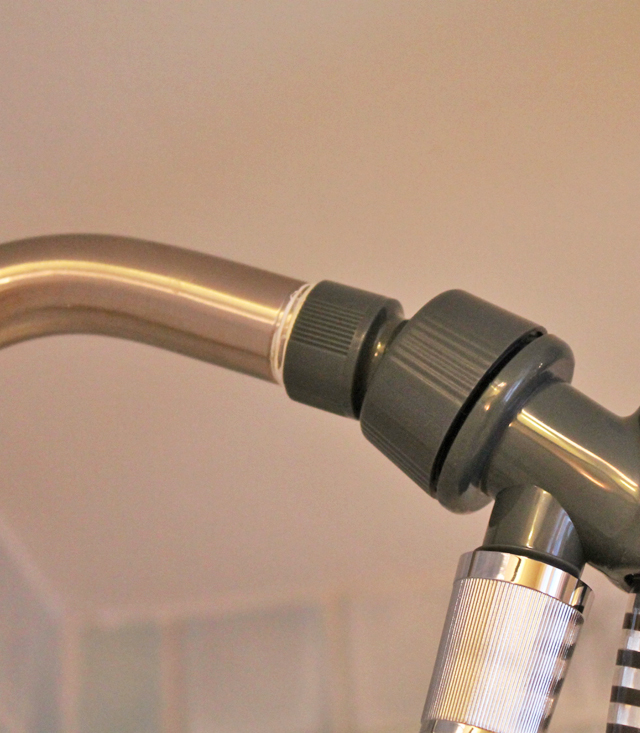 Step three: Screw the new shower head onto the shower arm. Make sure it’s nice and tight to prevent any leaks. You might need to use your vice grip to get a really secure seal. Turn on the shower to make sure there are no leaks around the connector. 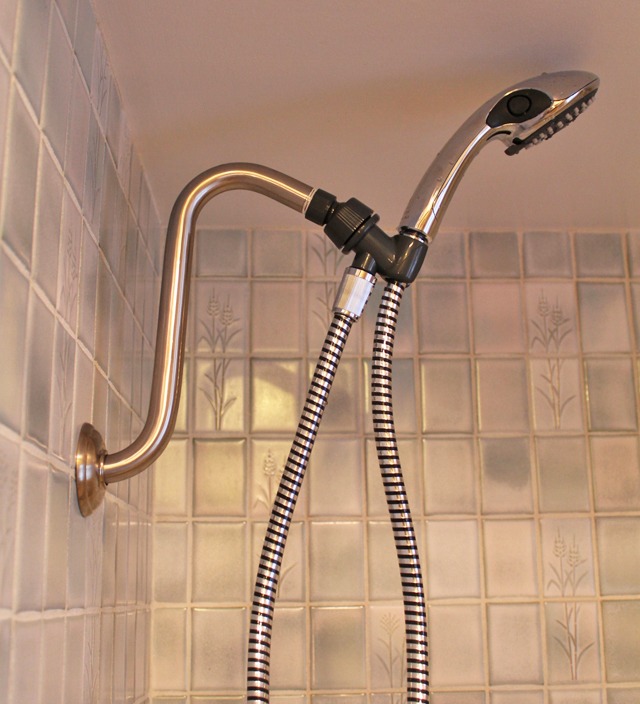