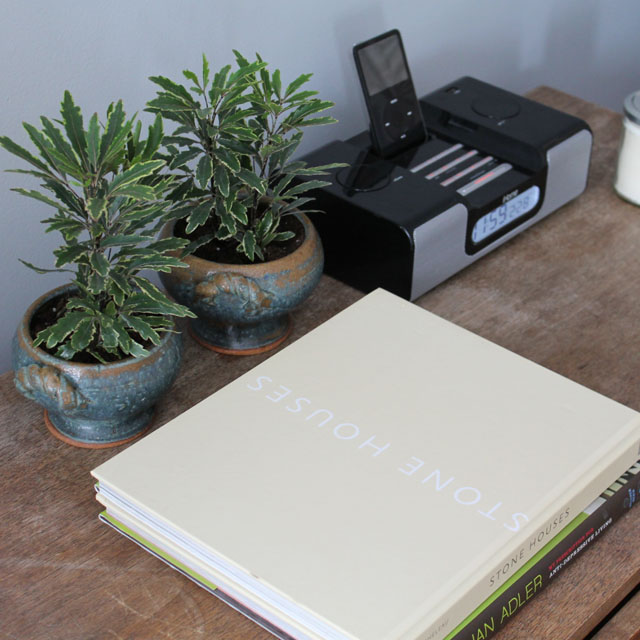 The best thing about hosting house guests while your house is still a work in progress is the chance it gives you to clean up projects and add some finishing touches. The house is still rather sparsely furnished and it’s definitely still going through a style evolution, but it’s nice start hanging art and introduce accessories. I wanted to bring some life to the house so I went out for flowers the morning before the guests arrived. Instead of flowers, however, I opted for a few cheap house plants. The plants were not only cheaper but they’ll last longer too! 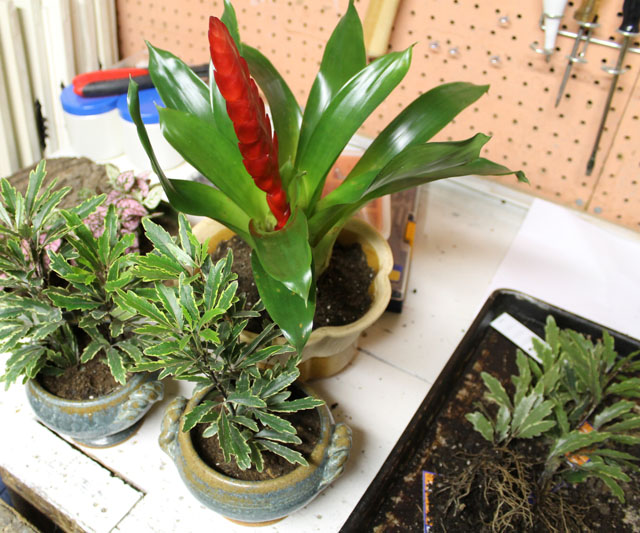 As I was cleaning the house the night before the guests were to arrive, I noticed that the rooms felt empty and a bit cold. There aren’t a lot of shopping options out here at the Dream House, so the next morning I found myself standing among the pitiful floral selection in Walmart. This won’t work, I thought. Each bouquet of flowers was $10 and the flowers didn’t look very healthy. If I was really creative I could have made a couple of floral arrangements for $30 but I doubted the flowers would last through the weekend. So I headed to the gardening department and loaded up my cart with small $2.88 house plants. I chose some tropical plants, an ivy and, the ultimate splurge, a $6 bromeliad. 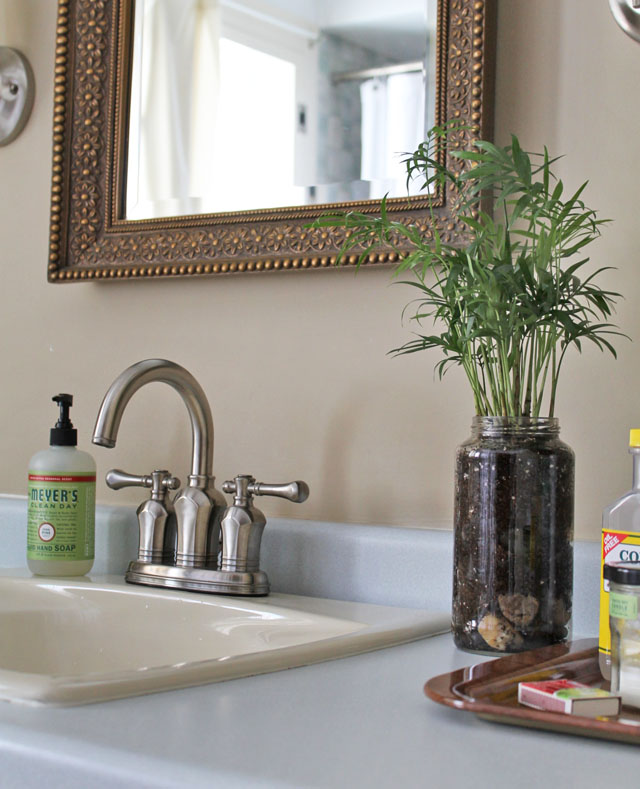 Mind you, I don’t have a particularly green thumb. Owing largely to my short attention span, I can usually keep a plant thriving for a few months before it starts fading. Even considering that, plants still feel like a longer lasting alternative to cut flowers. Unless they’re dried, cut flowers will last a week or maybe even two weeks if they’re particularly hardy. Even if the plants last just a few months, I’ll have gotten plenty of bang for my buck. 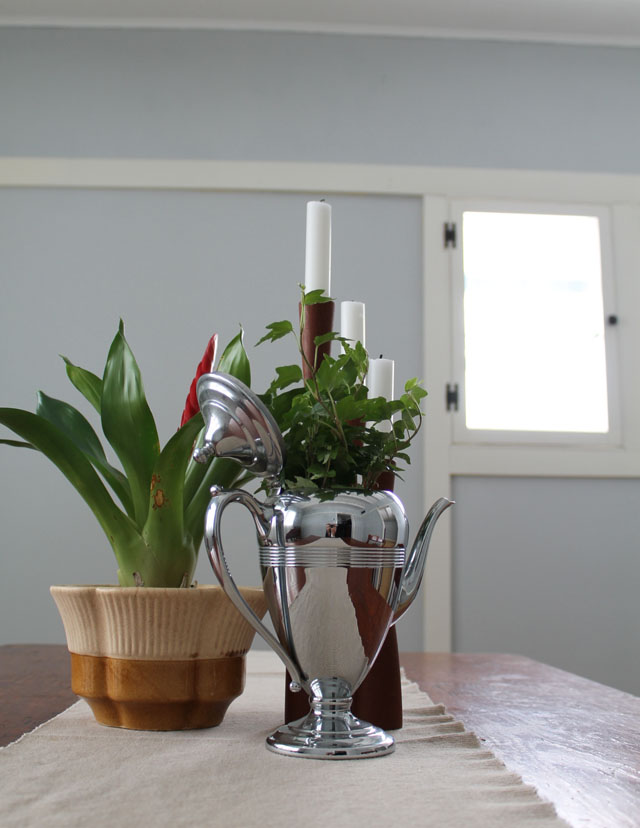 Fortunately I’ve amassed a nice little collection of planters and ceramic containers in my frequent Goodwill stops. And then when I ran out of planters I used whatever I had laying around – an old coffee pot, a jar and a funky vintage drinking glass. 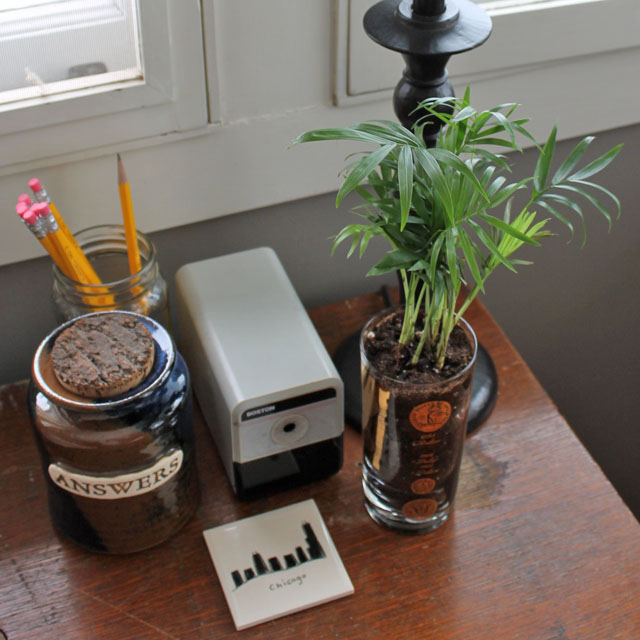 I was able to break apart some of the plants so that I could stretch them out in multiple containers. I only bought one palm, for instance, but I was able to put half of it in the jar by the bathroom sink and the other half in a glass in the writing room. For about $20 I was able to put a plant in all of the bedrooms, the upstairs bathroom, living room and dining room. There’s no way I could have done that with flowers! 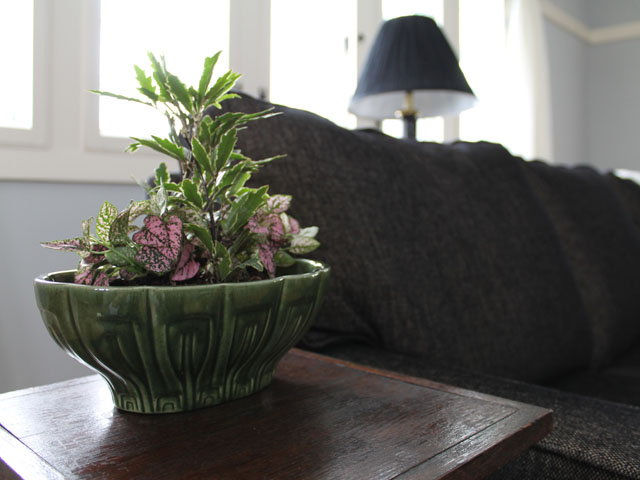 I’m also hoping that introducing plants around the house will help with air quality. Plants are great for soaking up carbon dioxide. But if nothing else, having a few tropical plants sitting around is a great distraction from the arctic cold that has settled on the Midwest this winter!