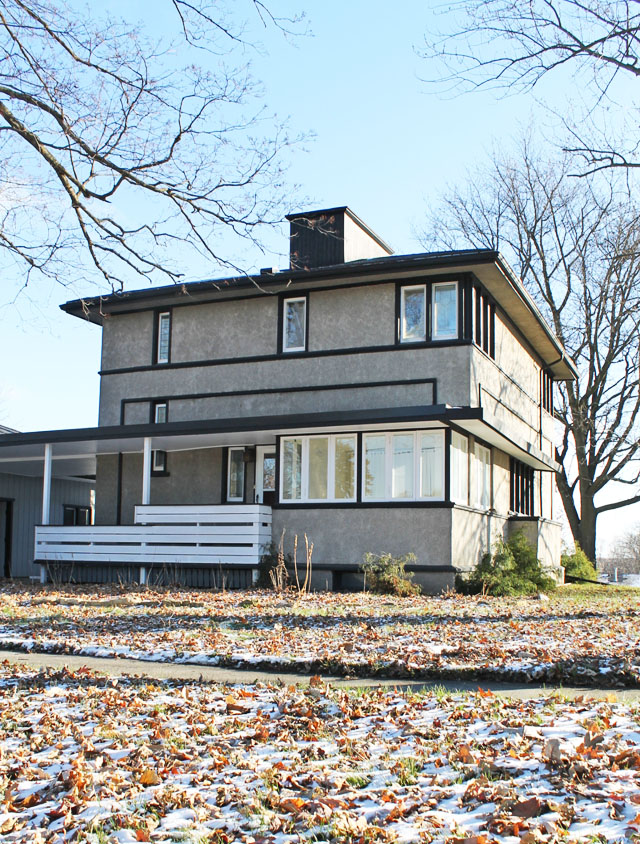 Mr Blandings and I spent our Thanksgiving weekend walking around the dream house, cleaning, working on projects, knocking back Bloody Marys and pinching ourselves to prove that it’s not just a dream. If you had been near the house you might have heard, “We bought a house!” being exclaimed every hour or so.

Now Mr. Blandings has gone back to the city for his day job and I’m staying behind at the dream house to work on projects. After spending the weekend together in the house, it feels empty and lonely without Mr. Blandings. One of the intentions behind the dream house was to give us a place to devote to us. We did plenty of that this weekend, which explains the vacuum of good tiding in the wake of the mister’s departure.

This seems like a perfect time to give you a tour of the dream house. I want to show you all what we’re working with and it will remind me of all possibilities (and work) that lie ahead of us. 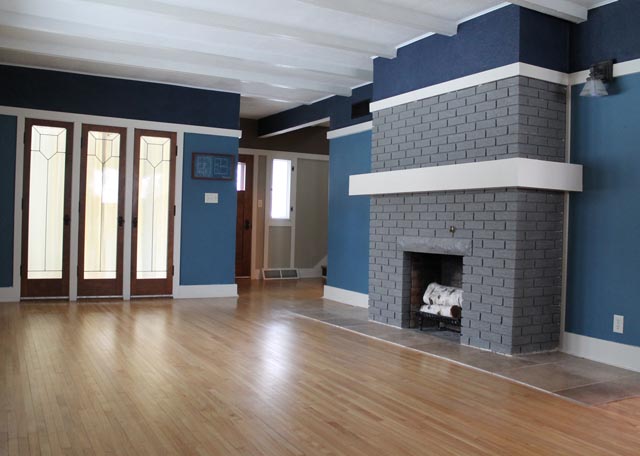 This living room. Oh my God. Other than the day I met Mr. Blandings, I have never known love at first sight quite like this. Those doors that lead out the sun porch! That fireplace! The two other walls of beautiful old windows that aren’t pictured here! There’s so much to love about this big old living room that I would go numb naming them all here! Of course, as much as I love it, there are a few things we’re planning to change. While I love painted trim in most homes, we’re going to try to strip the woodwork in the dream house. We also want to tame the color a bit. Our city home started out quite colorful but I eventually went back to white walls. We plan to do the same thing here – although we’re going to concentrate on stripping the trim before we start painting. 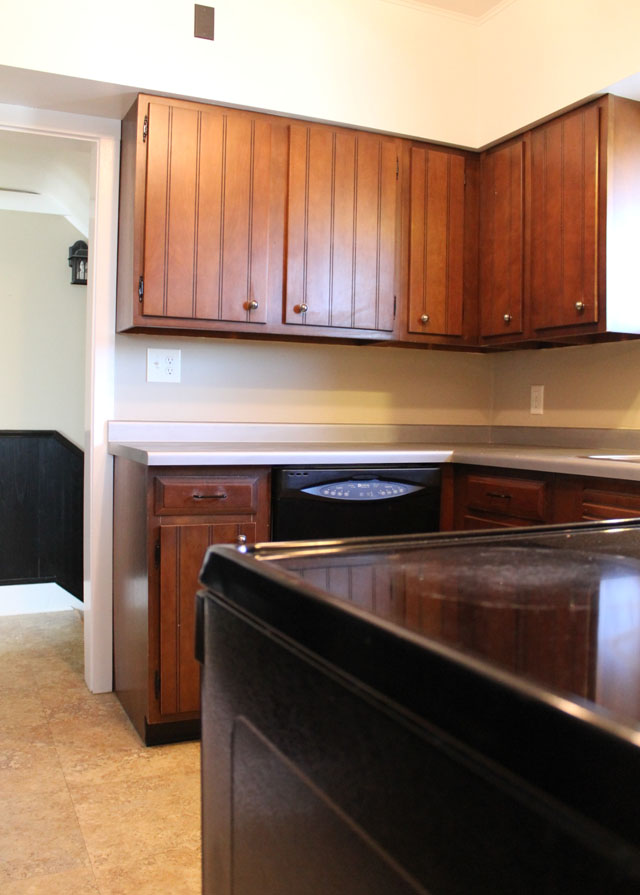 My best guess is that the kitchen was updated in the early 1980’s. I don’t hate the kitchen but I definitely don’t love it either. The house would have originally had a gas range but the gas line has been capped off and there’s now an electric range. Eventually we’ll want to reopen the gas line to allow for a gas range but the existing stove is definitely livable. In fact, all of the kitchen appliances are in great shape, even better than the newer appliances in our city apartment. I have some short terms plans for updating the kitchen, as well as long term plans for giving it a complete overhaul. I’ll share more of that in a later post. 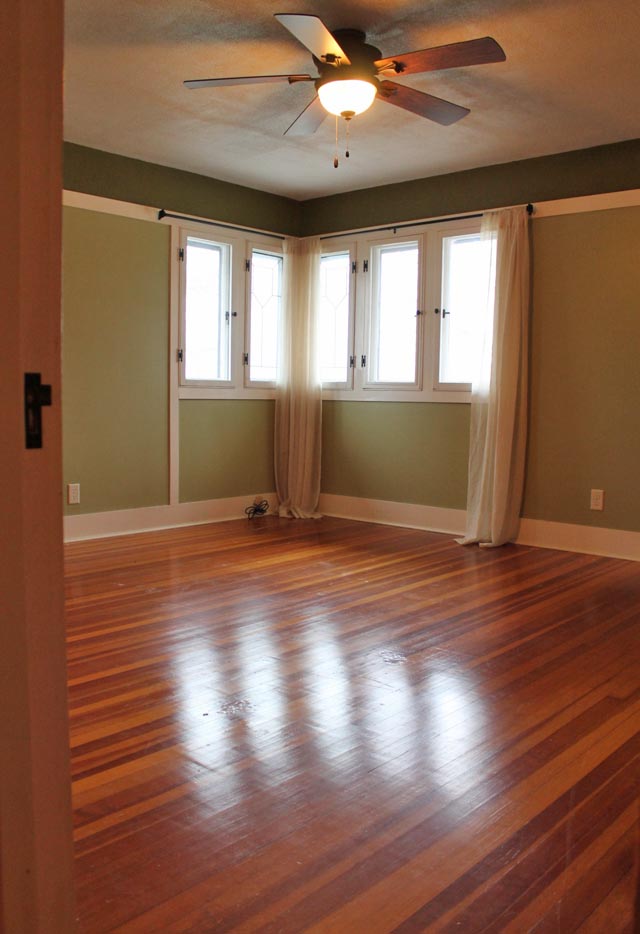 This will be the master bedroom. It’s the biggest of the three bedrooms and, like the others, features corner windows that make the room feel big, bright and full of the outdoors. The floors had been covered with carpet for a number of years but the sellers ripped it up to expose the hardwood floors. We love, love, love these floors so I’m very happy that they’re already uncovered and in great condition. As with the living room, we’ll paint this bedroom – and all the other rooms, for that matter – white. 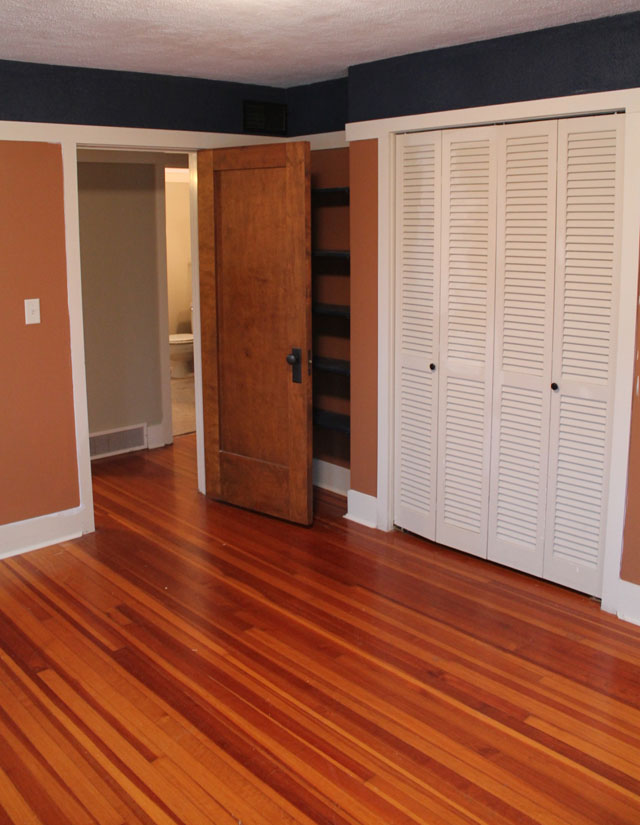 This will be the guest bedroom. It’s in the front of the house and, like the other two bedrooms, features expansive closets that are covered with louvered doors. I don’t love the louvered doors but I don’t hate them either. We’re going to try to make them work in the short term but we’ll eventually replace them at some point. My latest idea is to re-purpose old doors to create new closet doors. Ultimately, we’d like to recreate the built-in wardrobes that would have been in the house but that’s a little pie-in-the-sky at this juncture.

There’s a small bedroom in the back of the house that I didn’t get a shot of during the walk through. Instead, Mr. Blandings snapped this photo while I was writing at the big old desk over the weekend. 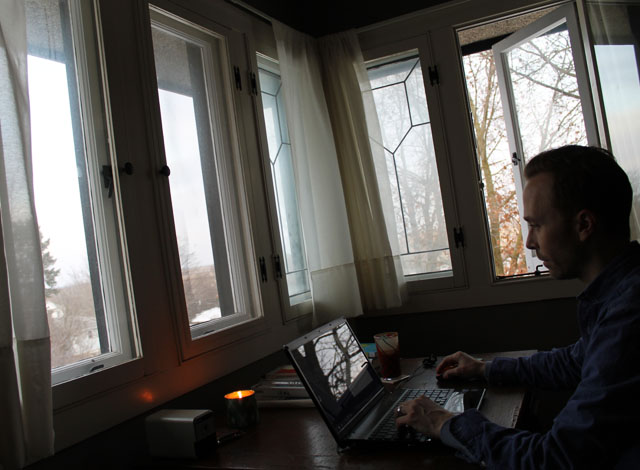 When we watched Mr. Blandings Builds His Dream House recently, we laughed at Muriel Blandings’ plans for her sewing room. When she said that she wanted a little room where she could sew or sulk on a rainy afternoon, we knew that was exactly what we wanted for this room – our writing room. It’s the small bedroom that overlooks the back yard and the ivy covered garage. Come on, it’s practically begging to be a room where we retire to sew, sulk or blog! 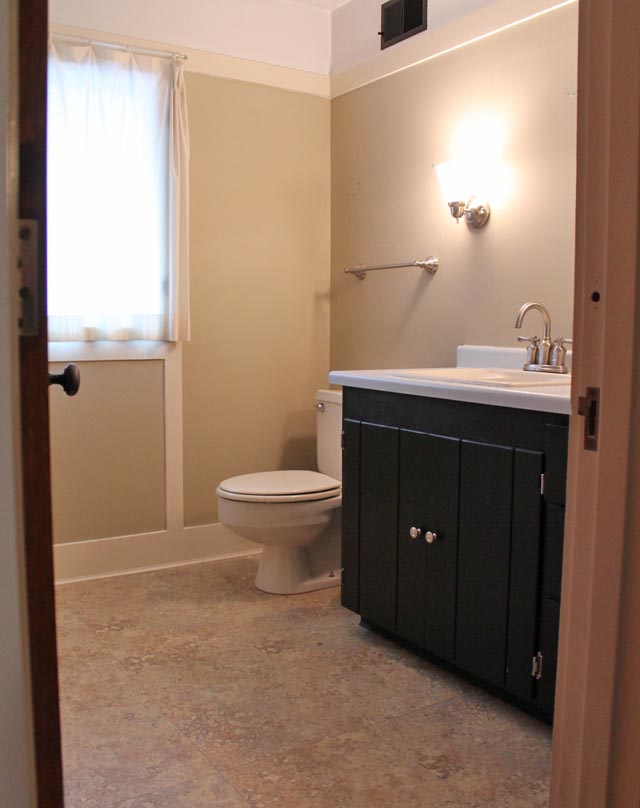 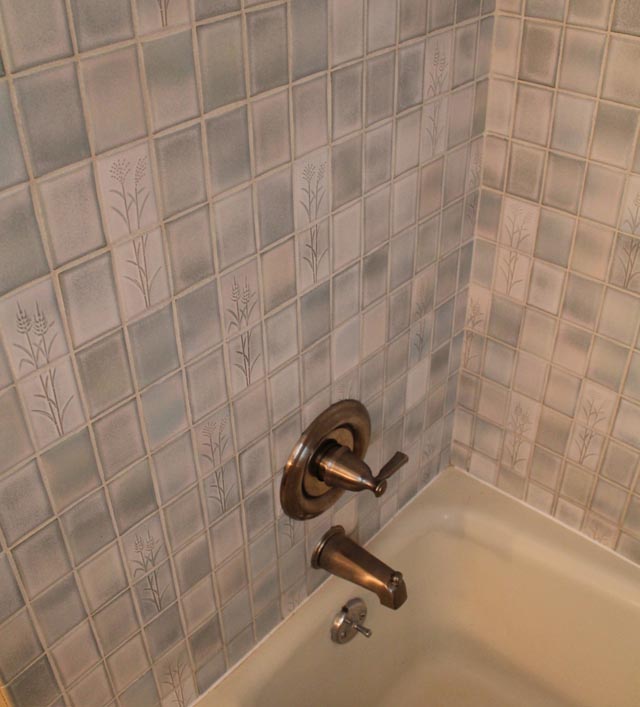 I should probably hate the tile in the shower, but I actually really like it. Not only is it in great shape, the prairie grass inspired pattern is very fitting for the house. The tub is in great shape (although I see a fixture replacement in the near future). 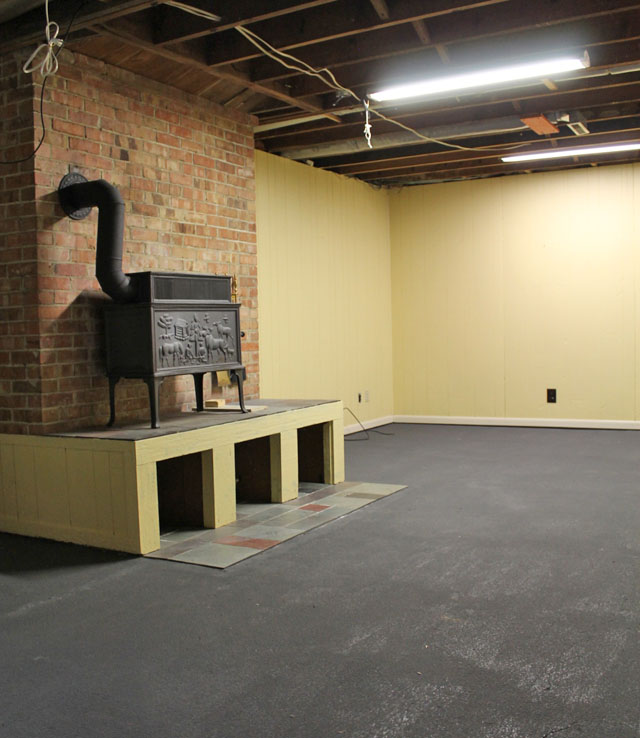 While the chimney to the fireplace in the living room has been blocked with insulation, the wood burning stove in the basement is in working condition. Or, well, it’s supposed to work anyway. We weren’t very successful in building a fire in it but I suspect that had more to do with user error than anything else. The seller told us that originally there was a drop ceiling in here. They removed it to expose the beams. Again, we’re happy they did something that we would have done anyway. I’d like to find a way to disguise wires but otherwise we like the bareness of the basement. 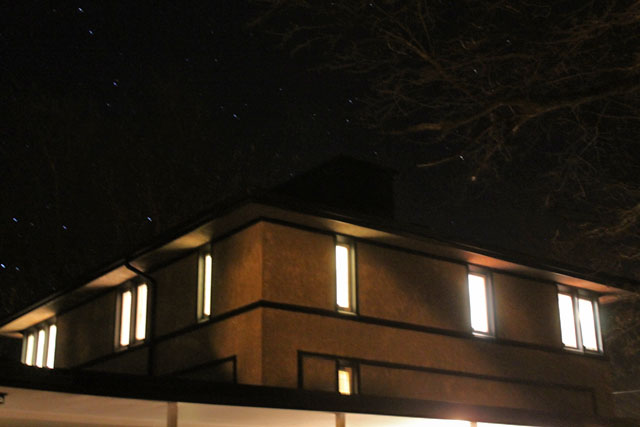 On our first night in the house, fueled by the exhilaration of the moment and a belts of celebratory scotch, Mr Blandings captured this wonderful photo of the dream house lit at night. Ain’t she a beaut?

And so there it is – the dream house as we know it. We’ve planned a lot of changes, both short term and pie-in-the-sky, that we’ll be sharing soon.

7 thoughts on “House Tour: A Tour of the Dream House (As-Is)”