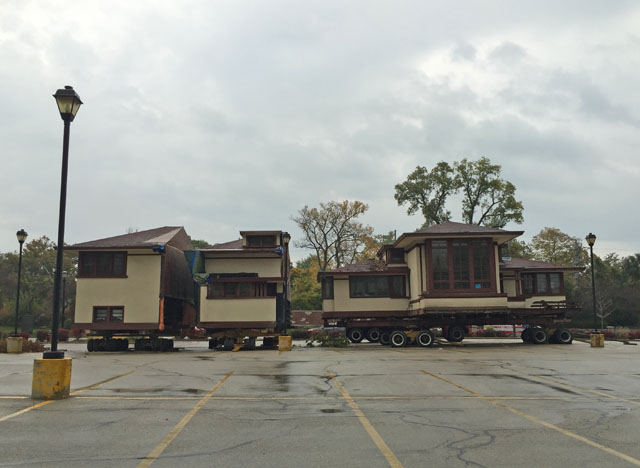 Have you heard about the John Van Bergen-designed James Irving Residence? It’s a house on the move … literally! This architecturally significant house (Van Bergen worked in Frank Lloyd Wright’s studio) is being relocated from the Wilmette, Illinois site where it was built in 1928 to a new plot of land in nearby Evanston. They must’ve run out of milk on the way because the house is currently parked in the parking lot of a grocery store! 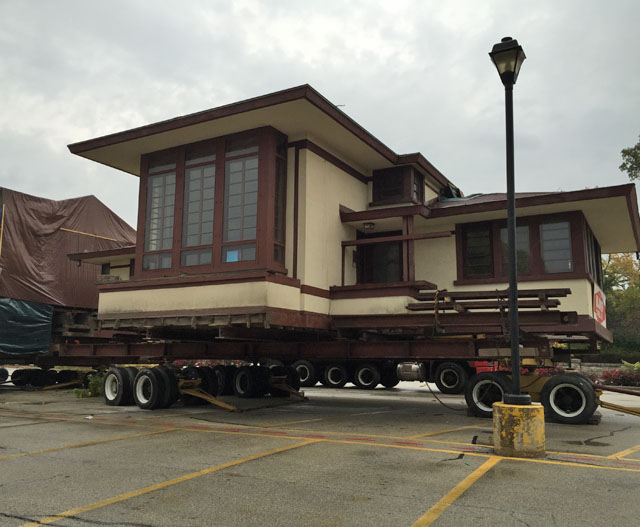 After a developer purchased the house and expressed intent to demolish it and build a new structure on the site, Christopher Enck purchased the Prairie Style structure and arranged its move. To make the move, which occurred over a three day period beginning last Friday, the house has been split into three sections.

Apparently the house’s new site isn’t quite ready and so in the meantime it’s hanging out in the parking lot of an empty grocery store. The three sections of the house, with the exposed ends covered in big plastic tarps, sit on massive trailers in the parking lot of the former Dominick’s store on Green Bay Road in Evanston. 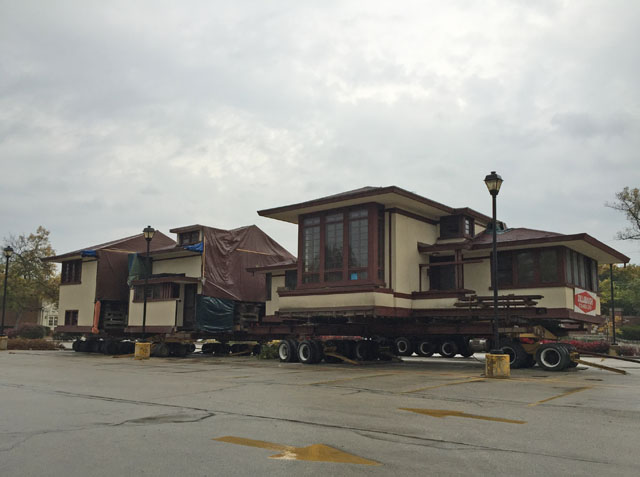 Isn’t it amazing that you can uproot a house from its foundation and relocate it? I mean, we usually think of houses as these immovable structures (at least we HOPE they’re immovable) so it boggles the mind to see that one can be cut up, lifted and carried away.

Well of course The Mister just had to drive past the house and snap some photos. He was surprised to see that the house is really just sitting there in the parking lot, no fence surrounding it or guard protecting it.

Does this mean that we can pick up This American House and move it back to the city? Um, yeah, probably not.

More about the Irving House move:

Sorry Earth: Why I Exchanged the Battery Powered Lawn Mower for a Standard Gas Powered Mower