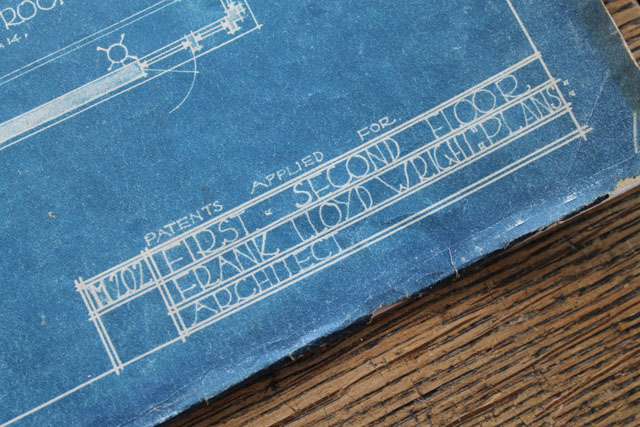 One of the exciting extras that came with the Dream House was the original blueprint. The framed blueprint has been hanging on a wall near the front door when we first viewed the house and we (quite wisely, I think) stipulated that it had to stay with the house as a condition of the sale. I mean, if you’re going to buy a Frank Lloyd Wright-designed home, you sure as hell want the blueprint for it! We recently decided to have the blueprint re-framed, affording us the opportunity to photograph it while it was out from under the glass. 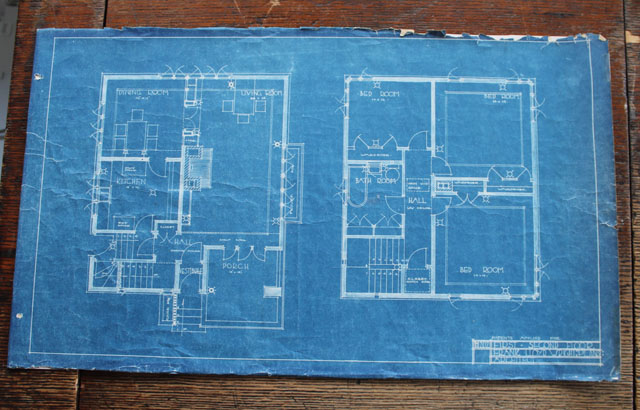 Not only is this blueprint a wonderful piece of the Dream House’s heritage, but looking at the floor plan has allowed us to see what’s changed (and what’s remained the same) in the house’s almost 100 year history. For example, we can refer to the original layout of the kitchen on the blueprint and compare it to the way the kitchen looks today. At some point in the house’s history the kitchen was reconfigured to allow for more cabinetry and mod cons. The original built-in cabinetry was pulled out and the refrigerator was shifted over to that wall. When we’re finally able to renovate the kitchen (read: when we’ve saved enough money) we’ll definitely use the original floor plan as our guide.

Other changes to the house include a reconfiguration of the front entryway. This undoubtedly occurred when the two car garage and breezeway were added to the house, which probably happened sometime in the 1960’s. The built-in wardrobes in each of the bedrooms were removed at some point over the years and replaced with larger closets (and the cursed louvered doors). The bathroom layout was also changed pretty dramatically. The double closets were removed and a shower was installed in their place. The toilet now sits where the bathtub was once installed. 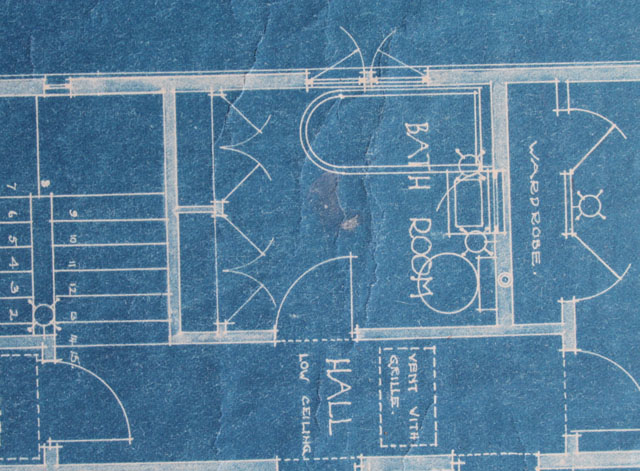 We don’t know which of the house’s previous owners obtained this blueprint for the house but we’re eternally grateful to whoever it was. We’re having the blueprint framed in a much larger frame, complete with double matting, and will hang it in the inside hallway once again.
— J. Blandings