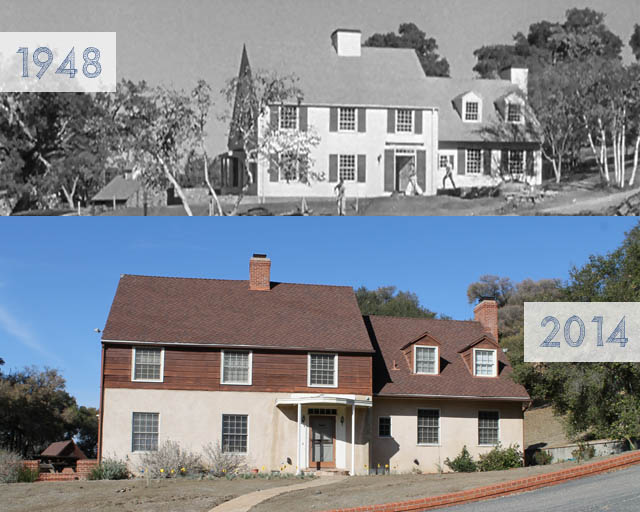 As you might have guessed from the name of our humble little blog we’re old movie buffs. When we decided to name our blog after the 1948 film Mr. Blandings Builds His Dream House, paying homage to one of our favorite old Cary Grant screwball comedy, we had no idea that we would one day have the opportunity to see the very house that was used in the movie. And yet last weekend on a little jaunt to Los Angeles, we made a detour to Malibu and stood in the exact spot where Cary Grant and Myrna Loy had filmed over sixty years ago. 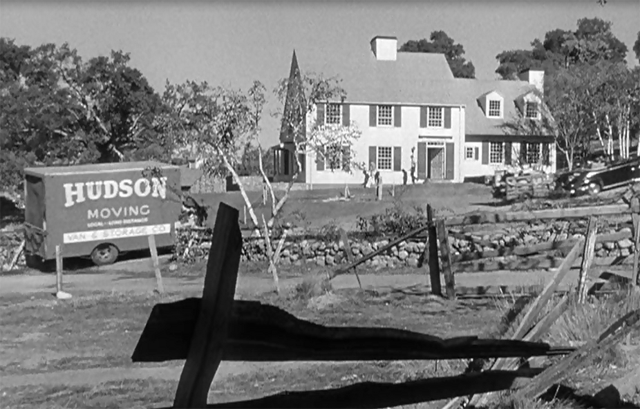 While the film is set in Connecticut, the house that was used for filming is actually located in Malibu, California. As the story goes, according to Hooked On Houses, “RKO Studios needed a rural setting in which to film exteriors for their comedy “Mr. Blandings Builds His Dream House.” Their neighboring studio, 20th Century Fox, had 2,000 acres of dramatic landscape in the Malibu hills that served as their location ranch, so a deal was made and construction began.” 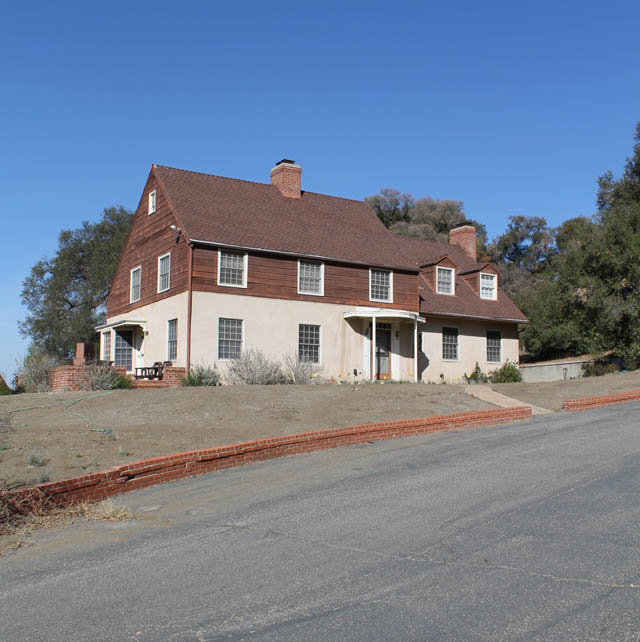 The house is still standing in the very spot where it was built for filming. Now instead of being a on a back lot, however, the house is part of Malibu Creek State Park. When we pulled up to the gate of the park in our rented Honda Civic, I sheepishly asked the park district employee if this was the location of the house that was used in the filming of Mr. Blandings Builds His Dream House. I was fully prepared to be met with a blank stare and maybe a “what the hell are you talking about?” Instead, he nodded.

“Yes, it’s at the end of this road. But you can’t go in it, you know. It’s now the park district office.”

“You just want to see the outside of the house?” he asked.

I thought he was asking this out of disbelief. Like, why in the world would you want to see the outside of some silly house? But actually he was asking because he wanted to know if we were just going to drive in, see the house and leave.

The attendant waived the usual $15 entrance fee to the park, gave us a twenty minute grace period and told us to drive on in. 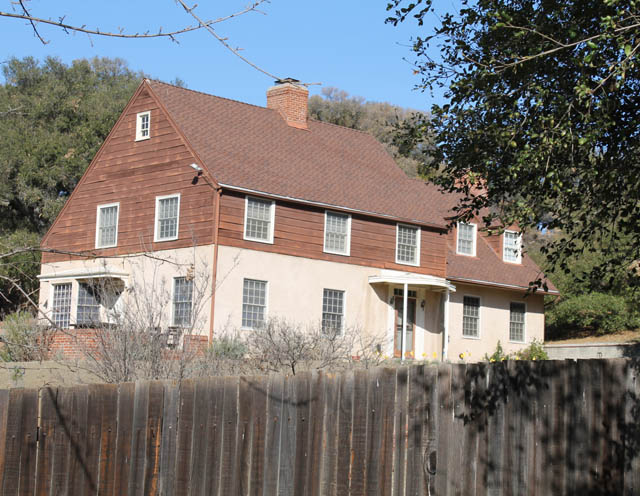 We drove down a long lane, past hikers and campers and surrounded by beautiful mountain landscapes, until we came to a dead end. And there stood Mr. Blandings’ fictional dream house. As you can see,  a lot has changed in the past 66 years. And yet there’s no denying that it’s the same house. Gone are the shutters and the consistent color scheme. Today the house features wood siding on the top half and a small portico has been added over the front porch. 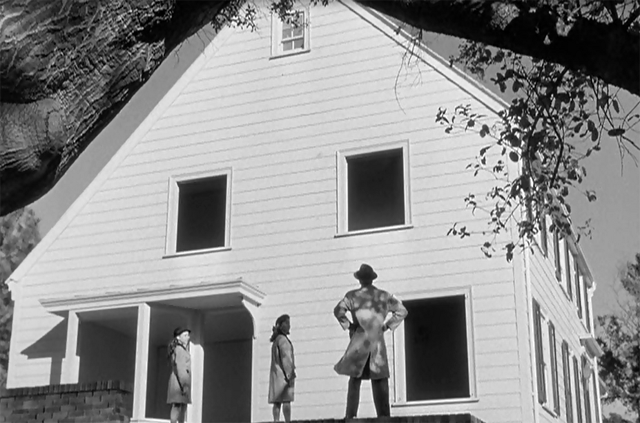 The side of the house once featured another little covered porch, as you can see in the above photo. (Why aren’t there any windows in the side of the house in this photo? Well, in this scene the Blandings family has just arrived to move into the house only to discover that it’s not quite finished yet. That’s Cary Grant with his arms on his hips, along with actresses Sharyn Moffett and Connie Marshall, who played his daughters.) 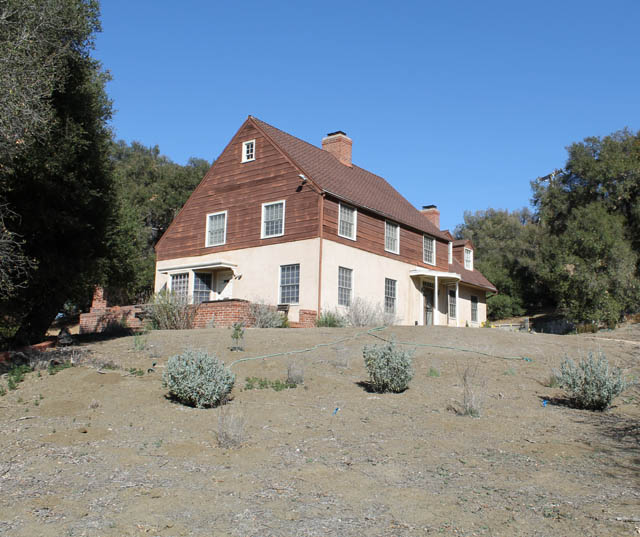 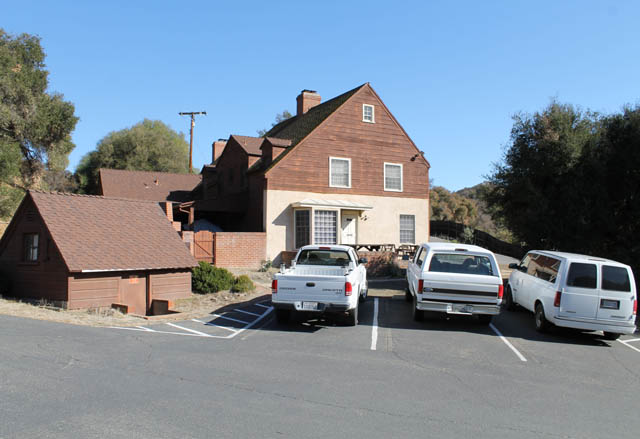 It’s not as if we expected to drive up and find 1940’s era cars sitting in front of the house. And yet it was still jarring and kind of disappointing to see white pick-up park district vehicles parked in the asphalt parking lot. And yet after having seen the movie multiple times over the years, it was really fun to see this piece of cinematic history. I mean, how often do you get to stand in the exact spot where Cary Grant once stood?

Giving the Dream House Its Birth(W)right:
What We Know About Our American System Built Home