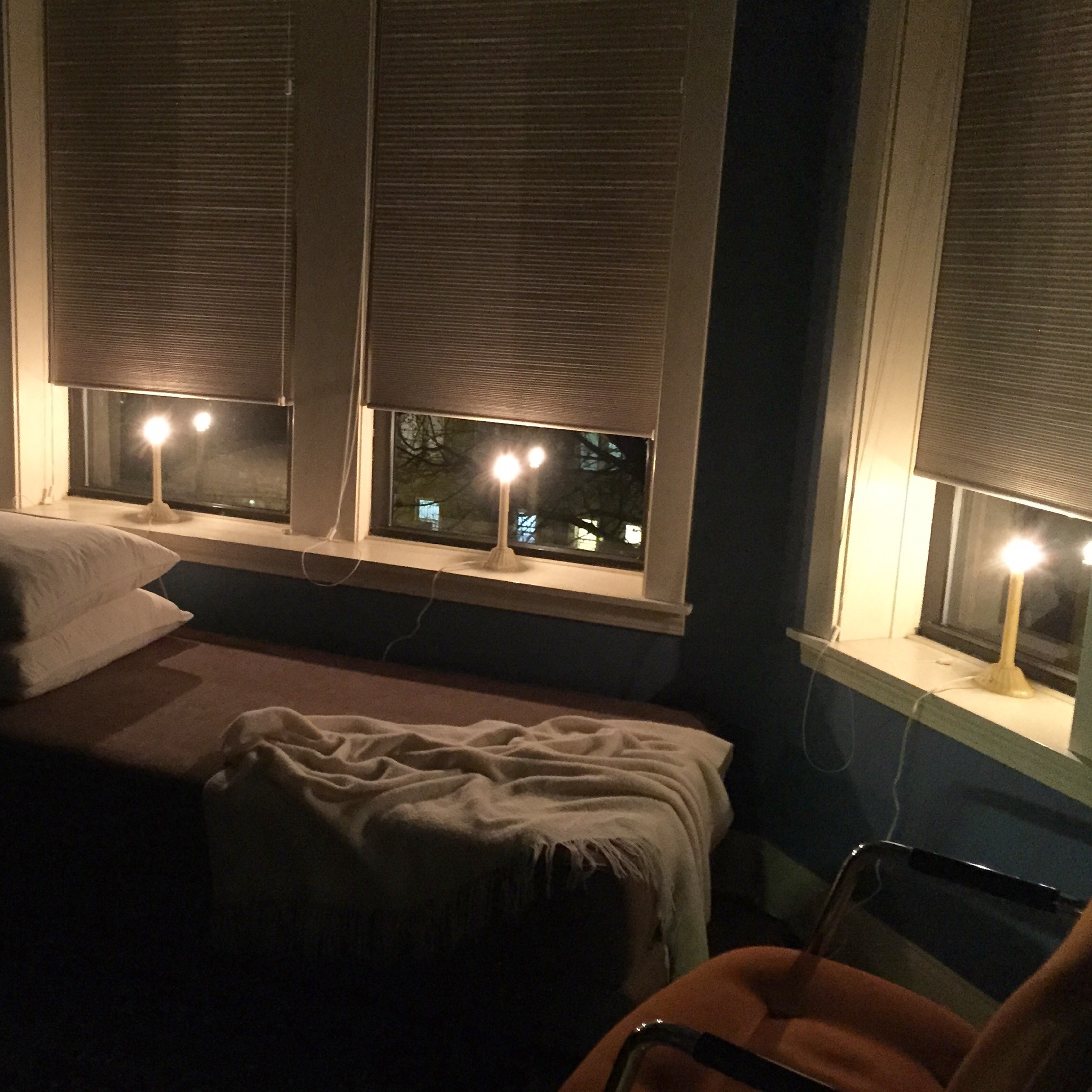 Christmas is really perfectly timed in the Western Hemisphere. The days are really short (the sun set at 4:30 PM yesterday) and the nights are especially dark. So it’s quite convenient that we deck the halls with festive lights during the month of December.

I’ve always loved the tradition of placing a single candle in each window of a house – especially in older homes with lots of big windows. Ah, classic Christmas.

It’s said that this tradition of placing a single candle in an home’s window dates back to Colonial times. According to an article from the Westlake Bay Village Observer,

In early America, homes were often miles apart. The sight of a candle in a window from a distance was a sign of “welcome” to those wishing to visit.

While apparently not strictly a Christmas tradition, the practice has been appropriated for the holiday season. But the practice is also rooted in Irish heritage. According to RichardHowe.com:

The candle in the window at Christmas symbolizes many things in Ireland. It’s still a favorite traditional Irish Christmas decoration, harkening back to that ancient Christmas Eve when Mary and Joseph could find no shelter. It is a symbol of Irish hospitality – a way of welcoming Mary and Joseph…and any travelers who might happen to pass by looking for a warm place to stay.

In the days when it was illegal and even dangerous to practice the Catholic faith in Ireland because of the oppressive Penal Laws, the candles seen in the windows of Irish homes at Christmas also signaled traveling priests that this was a home where they would be welcome and where they could safely conduct the traditional Irish Catholic Christmas Mass.

We don’t have windowsills at This American House but we do back at our condo in the city. I came across a big bag of electric candle lights at a thrift store last year so I lugged them back to the city and put them in the windows. The window candle tradition seems to be all about a message of welcoming. I can’t think of a more delightful way to say welcome home.

A Search of the Attic Turns Up … Absolutely Nothing