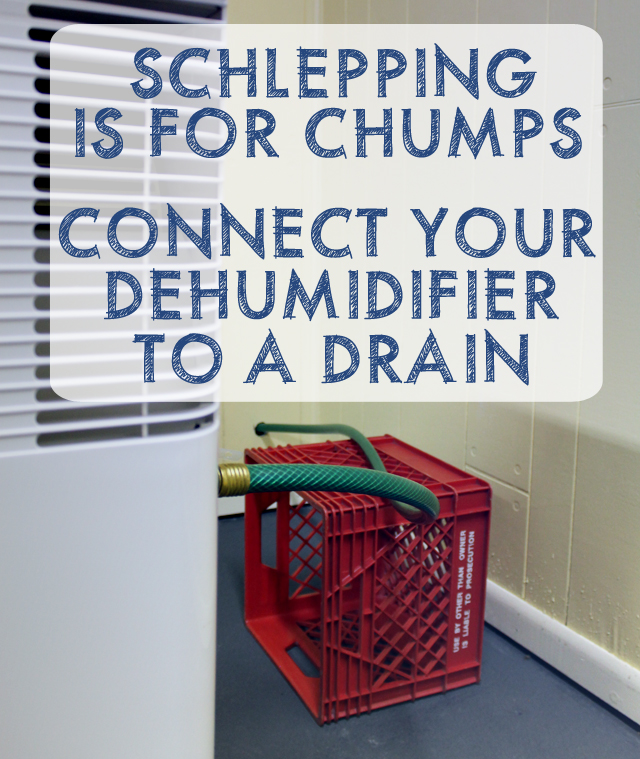 In some ways, the flooding basement was a blessing in disguise. Not only did it force us to clean up what was quickly becoming a cluttered mess, we were also inspired to buy a dehumidifier to help dry out the basement. I had no idea our basement was so damp until I found myself emptying the water bucket multiple times per day. Hooray for a dry basement! But boo for schlepping a sloshing water bucket to the basement bathroom multiple times per day. Schlepping is for chumps!

So here’s how I connected the dehumidifier to the basement drain: 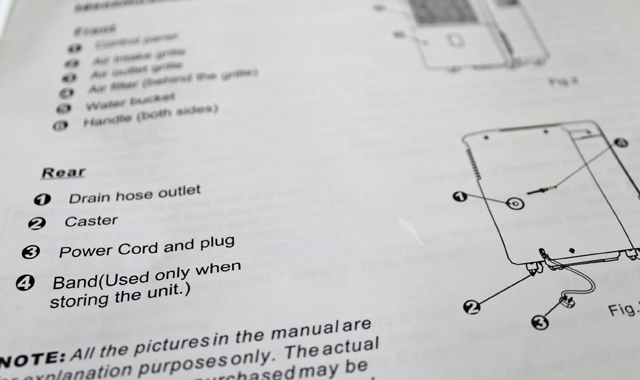 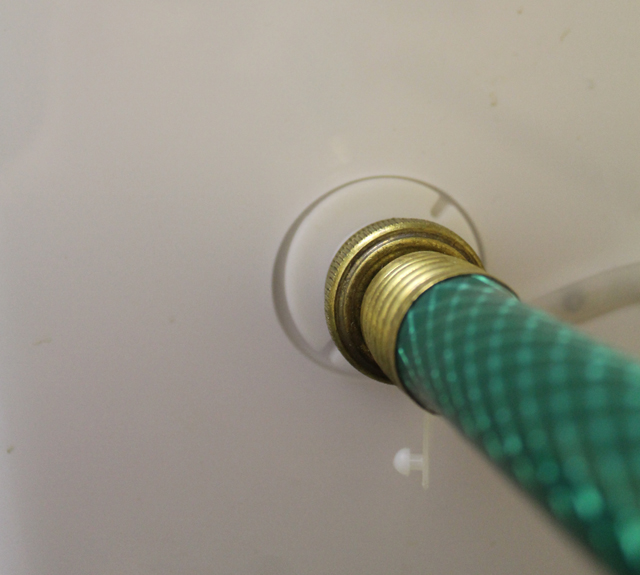 You can purchase a short hose that’s made for this sort of thing but a regular ole garden hose also connects to this hose outlet. I sacrificed one of the cheap hoses that I replaced with the pocket hose by cutting it to the length I would need to reach from the back of the dehumidifier to the drain.

Now, if your drain is close to where the dehumidifier is located, you’re good to go. You can simply lead the hose to the drain and be done. For us, there’s a wall separating the two. I want the dehumidifier to be located in the big open room in the basement and the drain is behind a wall in the small workshop area. Break out the power tools! 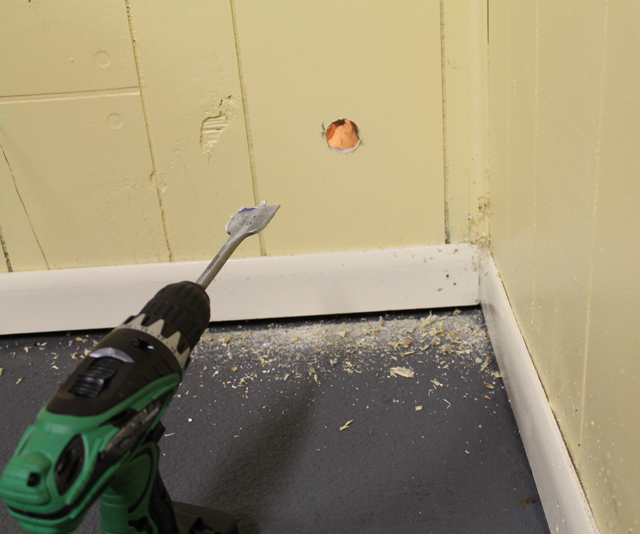 I drilled a hole large enough for the hose to pass through – first on one side of the wall and then through the other. (Note: I was confident there wasn’t any electrical in this part of the wall and I also knew that it was just two thin layers of boards with very little insulation in between. I knew I wasn’t going to get electrocuted or find layers and layers of wall/insulation separating the two rooms.) 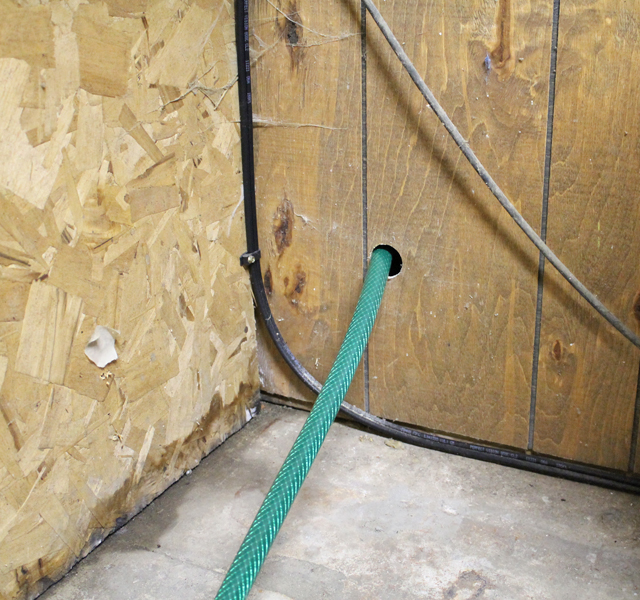 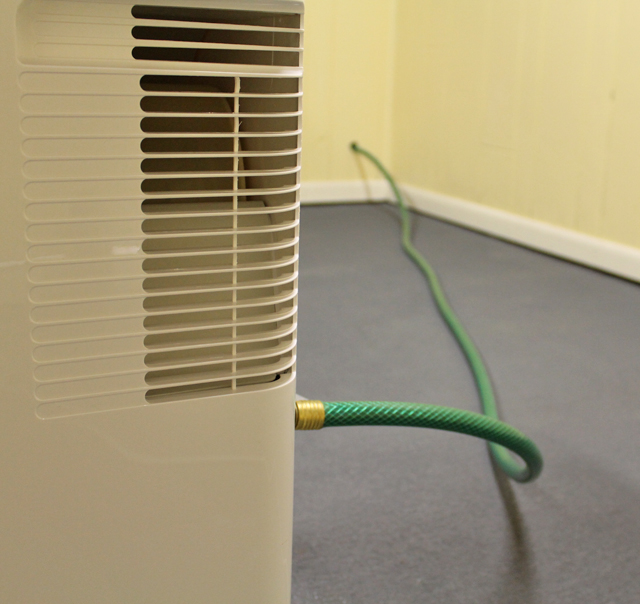 And that, folks, is why the dehumidifier and the hose are sitting atop crates. I was thinking of trying to pass it off as intentional. I had it all worked out. I could just say that I put the dehumidifier on crates to protect it from any flooding that may occur in the future. And, actually, that is true. Having it sitting on crates will keep the dehumidifier from getting wet and possibly shorting out. 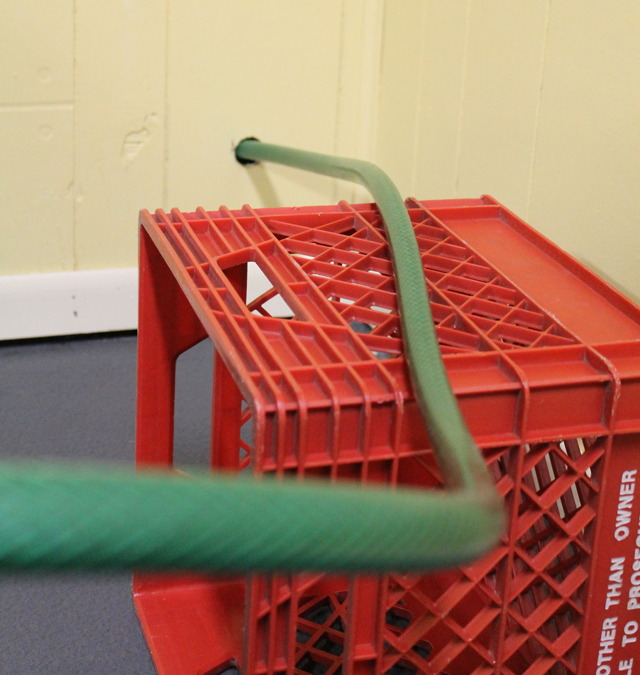 But, really, it’s because I goofed. So, as my folks would say when I was growing up, do as I say and not as I do! Be sure that the drain is lower than the drain hose outlet on the back of your dehumidifier. If you must drill through a wall like I did, make sure the hole is as low to the ground as possible. Don’t drill two feet higher than the floor because you don’t have to bend as low and hurt your precious old man back … like I did. 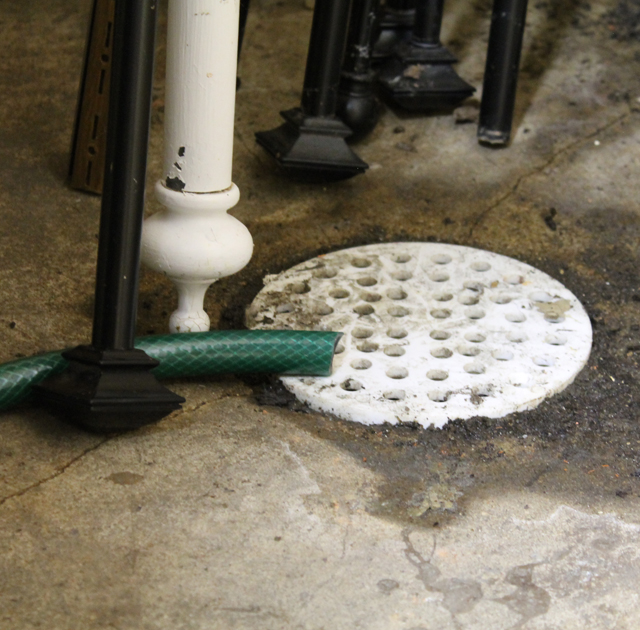 And, yes, those are two curtain rods holding the end of the hose in place over the drain. Since this part of the basement is our workshop/storage area, it doesn’t have to be pretty. As you can see from the wet concrete, the hose is working perfectly well – and that’s the important thing.

Shopping Craigslist: You Win Some, You Lose Some