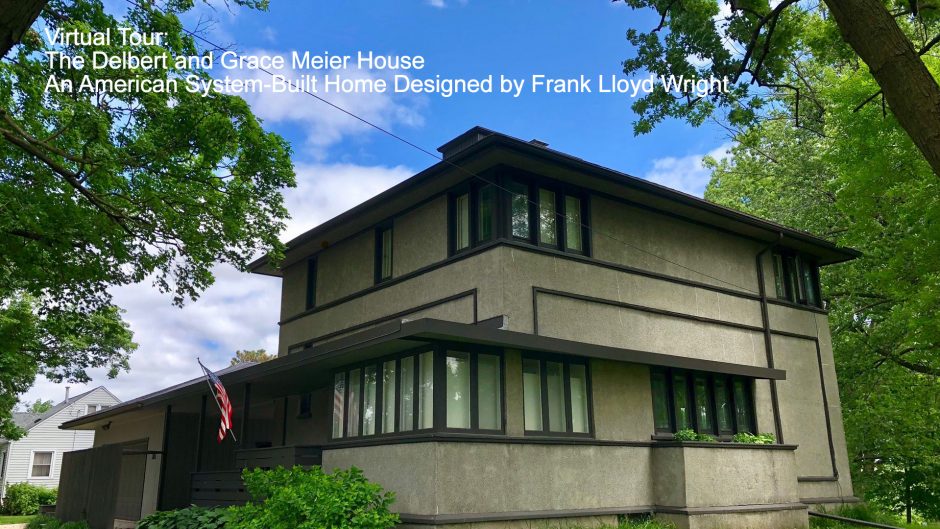 Have you ever gazed at the walls of your home and wondered what lives they’ve beheld? We have. In nearly every home we’ve shared over our twenty-year relationship, we’ve pondered aloud about the lives that existed within the space. And then we bought an old house designed by Frank Lloyd Wright, one of his American System-Built Homes, an early 20th century pre-fab project, and our curiosity got the best of us. As it turns out, these walls can talk. And we’ve been listening.

When we bought our American System Built-Home in 2013, we entered into a relationship not only with the house but its former inhabitants as well. At the time, there was scant information about Frank Lloyd Wright and Arthur Richards’ early-20th century ready-made housing plan. To learn about American System Built-Homes, we went to official sources – like the Avery Library, where all 900+ original ASB drawings are cataloged. But to learn about our house, a Model M202 known as the Delbert and Grace Meier House, we turned to local experts – the people who used to call it home. Collecting former homeowner stories and learning the history of Wright’s ready-built home scheme may have eventually led to our upcoming book, but we didn’t start out with such grand ambitions.

We initially set out to simply satisfy our own curiosity. How did this American System-Built Home end up being constructed in small town Iowa? Who were the people who made this house a home over its 100+ year history? How has the house changed over that period? We had questions and, as we often do, we went in search of answers. We didn’t have a book in mind when we started out. But we did assume that the more information we collected, the better we could represent our house to fans of Wright’s architecture who frequently contact us (or visit) for information.

The people we met and the information we gathered tell a wonderful story – not just about the house but its inhabitants. This video tour provides a brief overview of the history of the Delbert and Grace Meier House, its owners and the changes that have occurred over its long history. It includes photos of the house and its owners dating back to the 1920s along with the modern snapshots that reveal the progress we’ve been in our time as stewards.

To get the full story of this marvelous old house, order a copy of our book: This American House: Frank Lloyd Wright’s Meier House and The American System-Built Homes.