Brick by Brick: Slowly Stripping the Fireplace
Adventures in Stripping 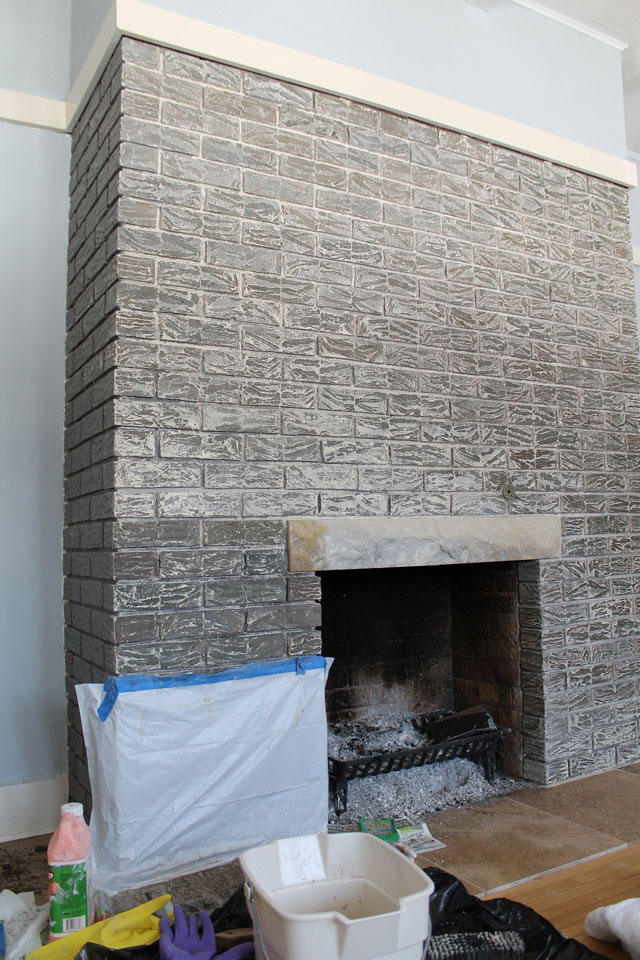 The last time I talked about the fireplace was just after the winter holidays. I learned a very important lesson in that first big attempt at removing paint from brick. DON’T BE A HERO.

across the entire surface of the fireplace but it’s not. You’re going to have to scrape and scratch and rub and wash every last inch of that fireplace to get the paint and stripper off. It’s going to be messy. And it’s going to work muscles in your body you didn’t even know you have. And you may even end up half-assing a big section of it because you’re too damned tired to muster the elbow grease that it takes to really make a piece of steel wool work. 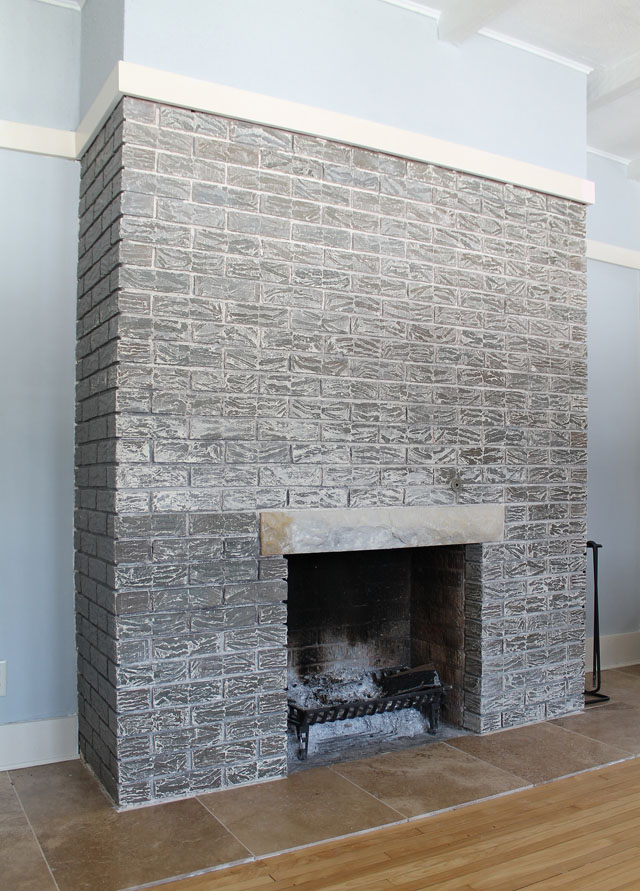 For the record, I had every intention of stripping the fireplace in small sections. I had done my Pinteresting and read quite a few blog posts about the trials and travails of stripping brick. I had indeed been working in small patches when The Mister announced that he was going to help. I left the room for a little while and when I came back I found that he had spread stripper across half of the fireplace.

Now, folks, if there’s one thing I’ve learned in my sixteen years as a couple, it’s to appreciate the help you’re getting. So while my first reaction was to stop The Mister I decided to just go with the flow. Um, yeah, I should’ve said something. Many, many, many hours later, we were knee deep in paint goo, my back was about to give out and The Mister was declaring the whole thing a disaster. 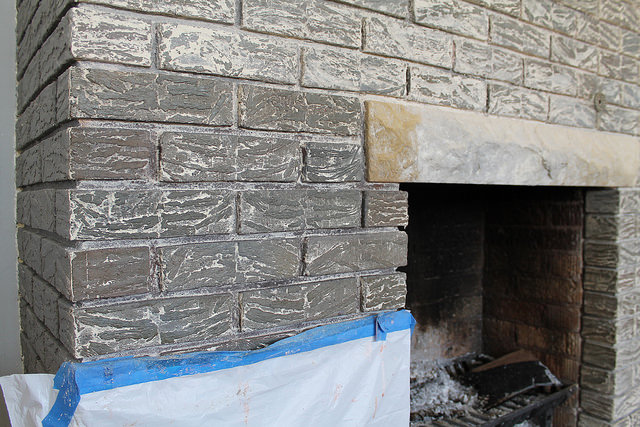 The new approach to stripping the fireplace is much more methodical. First, I tape a garbage bag to the area of the fireplace that’s below where I’ll be working. I don’t want any of the stripper, paint chips or goo to drip down on the bricks that are already finished. I also tape plastic garbage bags to the floor to catch the mess. Then, I apply the stripper to the bricks and let it work its magic over a twenty four hour period. I’ve been using steel wool and old toothbrushes to apply the stripper.

After twenty four hours, the arduous task of scraping the paint off the bricks begins. The most effective tools for removing the stripper and paint are wire brushes of varying sizes and toothbrushes. And even with wire brushes, a lot of pressure must be applied to really remove the paint from the bricks. I’ve also been using steel wool and good old fashioned elbow grease. 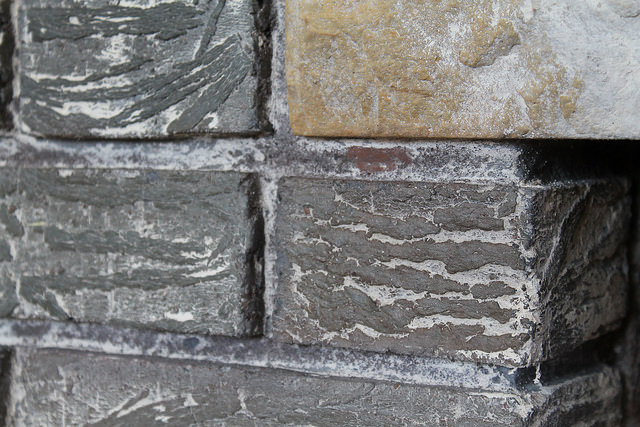 By taking it a little slower and working in small sections, we’re getting much better results. Not only do the bricks get cleaner, but we’re actually even getting the paint off the mortar as well. This is actually a delightful surprise. I wasn’t expecting that we’d actually be able to strip the paint from the mortar at all.

As I mentioned in the previous post about stripping the fireplace, we were surprised to discover that the bricks are not red. When we stripped the dark gray top layer down to the white layer and then down to dark gray brick, we had an “oh shit” moment. I mean, why are we going through all this trouble just to go from dark gray to, well, dark gray? But then when you see the lintel stripped of paint and you stand back and see how the bricks have more depth and character when they’re stripped of paint, well, that makes it all worthwhile.