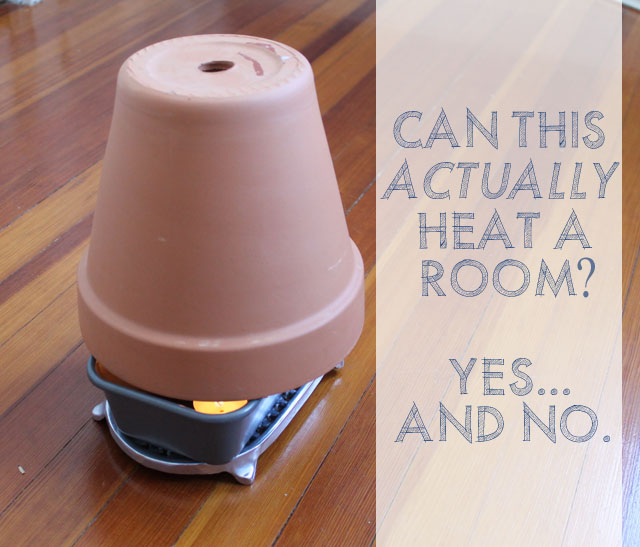 Perhaps you’ve seen the Youtbue videos that demonstrate heating a room with two clay pots, a bread pan and a few tealights. And perhaps you were dubious when you watched it. Would that actually work? You might have asked yourself. That’s certainly what we asked ourselves! So one blustery day we put the zero energy heater to the test. Here are our findings from the great clay pot heater experiment…

I first saw Keep Turning Left’s YouTube video about a month before we closed on the house. It was still early Fall and we had no idea that this would be the winter of arctic vortexes or whatever they’re calling the frigid conditions that seem to have permanently settled on the Midwest. As we’ve been shivering in the Dream House over the past couple of months, I’ve often thought about the clay pot heater video and wondered if it would work. Finally, in a fit of desperation brought on by icicle fingers and a runny nose, I gathered the supplies and tested the heating method myself. The good news is, it works. The bad news is, it doesn’t work all that well.

THE SUPPLIES
2 clay pots, one smaller than the other
A loaf pan
4-5 tealight candles
A trivet 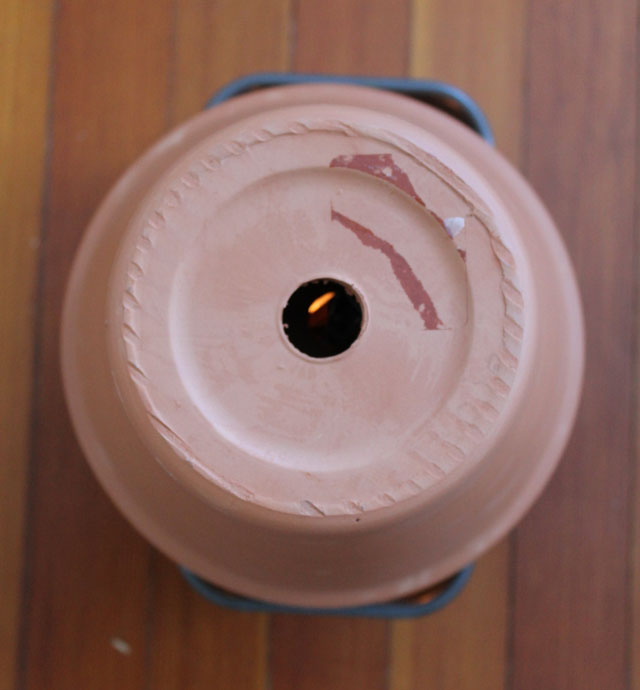 I started out with my clay pot heater sitting on the floor of the writing room.The writing room is the smallest of the upstairs bedroom, measuring about 10′ x 10′. It was one of those -50 degree windchill days and as I was trying to write blog posts my fingers were literally freezing up. I closed the door and left the clay pot heater sitting on the floor for about an hour. I was expecting the room to noticeably heat up but it never did. It was only when I moved the heater to the desktop, sitting right beside it while I wrote, did I finally start to feel the warmth.

I’ve used the clay pot heater a few more times, always sitting right beside it as I work on my computer. While it does provide some relief, it’s certainly not enough to heat an entire room as I was led to believe. Maybe it was just too cold on the days when I’ve tried using the clay pot heating system. But isn’t that kind of the point?

5 Reasons to Dry Your Laundry on a Clothesline

Top 7 DIY Security Cameras: Someone to Watch Over Me