before & after, decorating, DIY, kitchen, renovation

Before & After: A Mini Makeover for the Kitchen 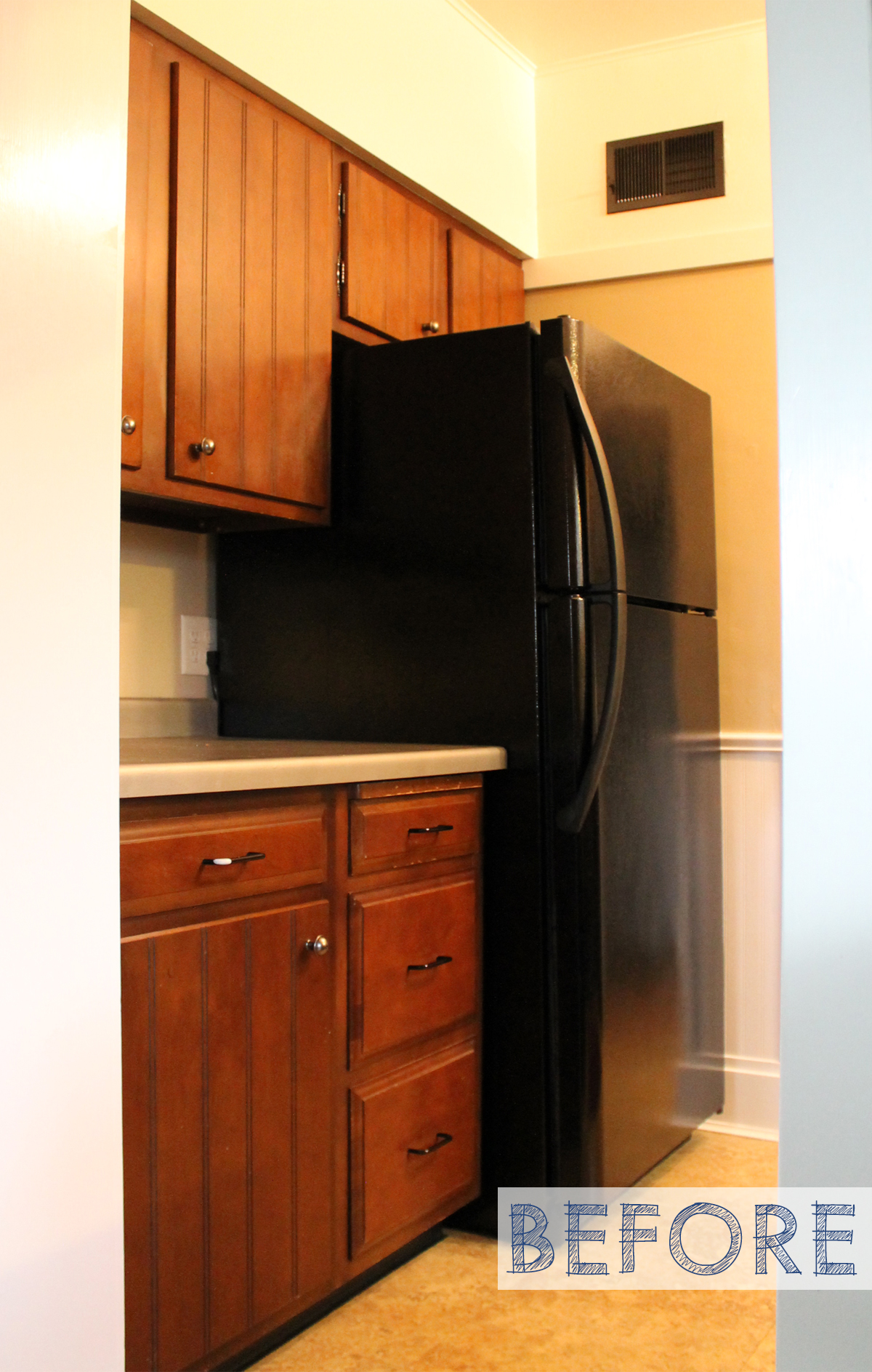 While most people spend the week before Thanksgiving finalizing menus and trying to think of conversation starters for certain relatives with opposing political views, we spent last week overhauling half of our kitchen. Oh, we still found the time to roast a bird and whip up a pan of homemade macaroni and cheese, but we prepared our feast in a kitchen that was getting a mini-makeover.

END_OF_DOCUMENT_TOKEN_TO_BE_REPLACED 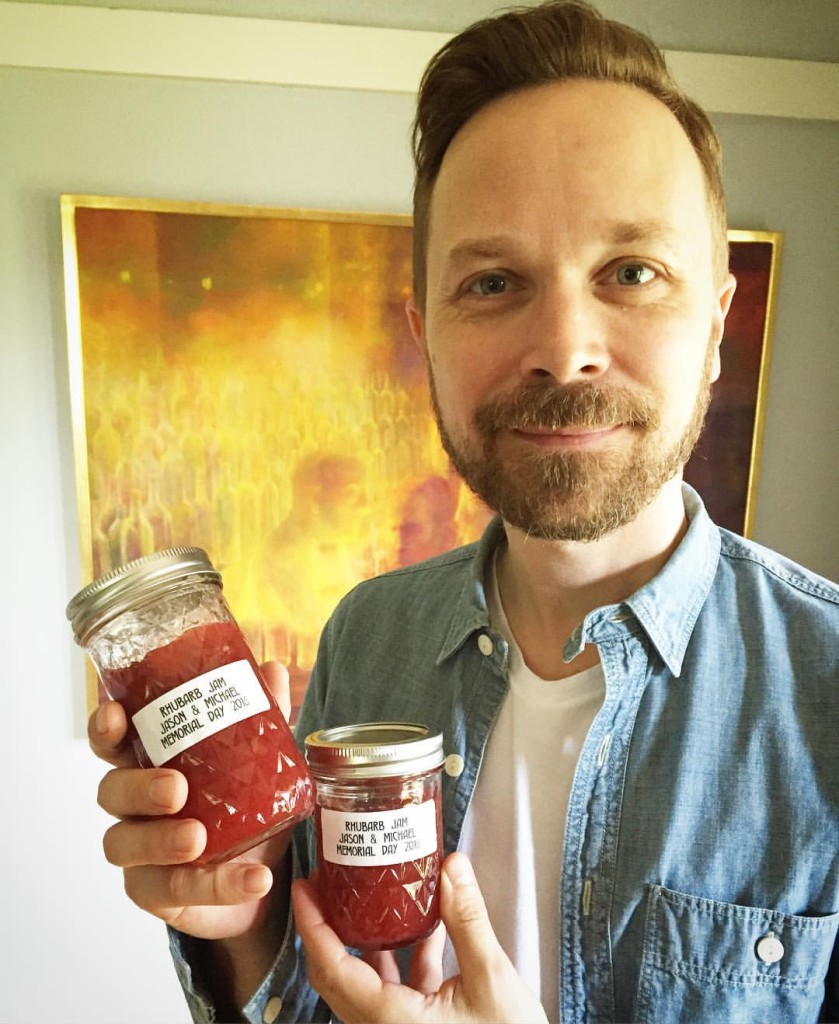 Memorial Day weekend was jam packed with activity. Literally! We cut down the rhubarb in the garden to make way for other plants and found that he measly little plant I had plopped in the dirt last year gave us a lot of fruit! Since I had such a big pile of rhubarb and – thanks to the gift of some old canning supplies from a friend – a package of Sure-Jell, I got the sudden inspiration to make rhubarb jam.

I Googled around for a recipe and came across this one from Kraft, makers of Sure Jell. Making the jam is actually quite easy. Canning it is easy, too. It’s just all so damned time consuming! And I swear that at one point we had every pot and pan in the kitchen in use.

It was a lot of work for 8 jars of jam, but it was actually kinda fun. And this jam is going to taste so good this winter when we’re baking bread and fattening ourselves up to stay warm.

And you know what else? It really gave me an appreciation for home canning. It was only 80 years ago that most homes relied on this form of food preservation to survive. We’ve got it so easy, with our store-bought, high fructose corn syruped jams!

DIY, how to, kitchen 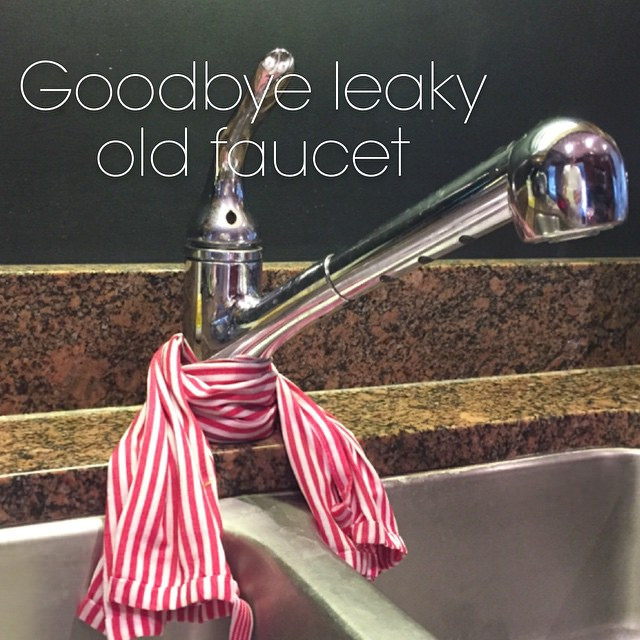 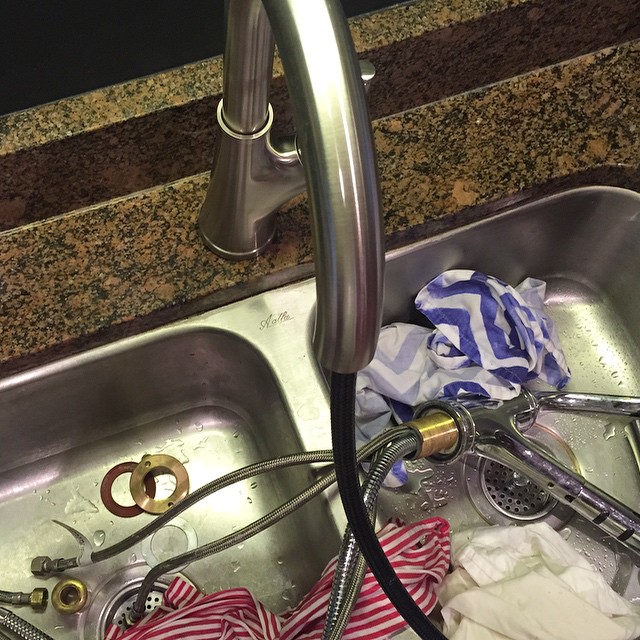 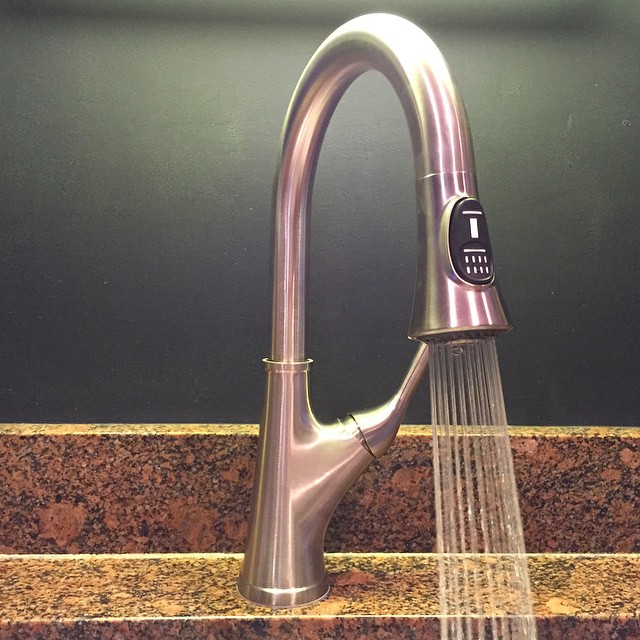 6 Ways to Use All Those End of Summer Tomatoes 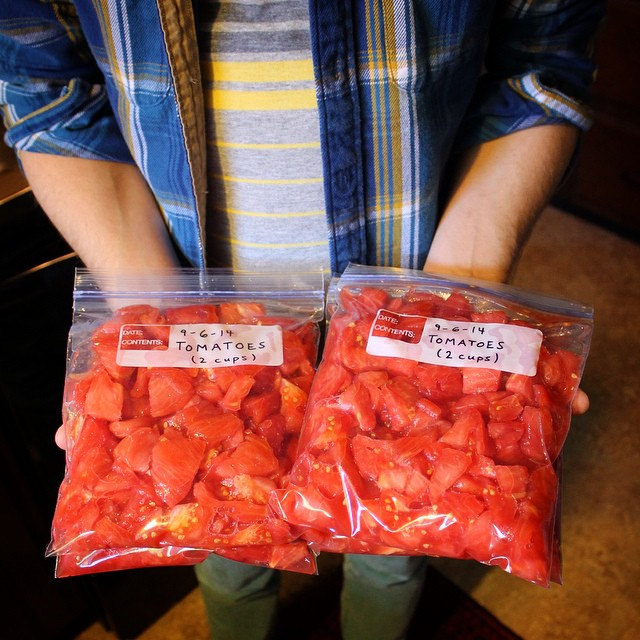 It’s the end of summer and all of the tomatoes are suddenly getting ripe all at once. And what’s that in the forecast? Frost?! Uh oh! If you don’t get those tomatoes off the vine soon, you’ll lose them! Whatever will you do? Well, you’ll set aside an afternoon to prep that beautiful late summer fruit and then you’ll use one (or more) of the methods and recipes below to make use of them all.

Freeze them: You’ll want to peel the tomatoes first but then you can chop them up and put them in freezer bags or containers. They’ll be great for soups and sauces this winter.

Can them: Freezing tomatoes will only preserve them for a 3-6 months. While canning is a lot more labor intensive, it will also preserve them for much, much longer. For beginners, there’s a wonderfully illustrated tutorial on canning over one Food in Jars.

Make Salsa: Why buy jarred salsa when making your own is so easy? By tossing together just a few ingredients – tomatoes, onions, jalepeno, green pepper, cilantro and lime juice – you can whip up a batch of fresh salsa in a jiffy. Once you’ve perfected your salsa recipe, make a big batch and can it!

Make Pasta Sauce: I haven’t purchased jarred pasta sauce in years because homemade is just too easy. I like this Food Network recipe for its simplicity. Then again, I rarely stick to a recipe when it comes to sauce. Add extra veggies or olives to make the recipe your own.

Make Fried Green Tomatoes: Let’s face it – not all of the tomatoes will ripen before the first big frost. What a great excuse to make fried green tomatoes. There’s a great tutorial at Southern Living. Although most recipes, like this one from My Recipes, call for a flour/cornmeal mixture for the breading, I prefer using panko crumbs.

garden, how to, kitchen, recipes, thrifty

How to Freeze Fresh Green Beans 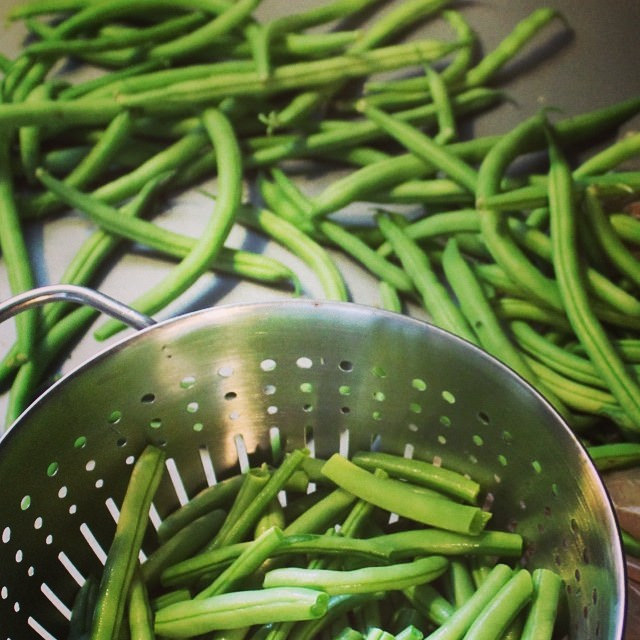 In the opening scenes of the 1981 film Mommie Dearest, Faye Dunaway as Joan Crawford goes through her morning routine. You see her plunging her face into a bowl of ice water and steaming herself in a hot shower. I thought of this scene yesterday as I was preparing green beans to freeze. With the blanching and the ice bath it felt like I was Joan Crawfording the beans!