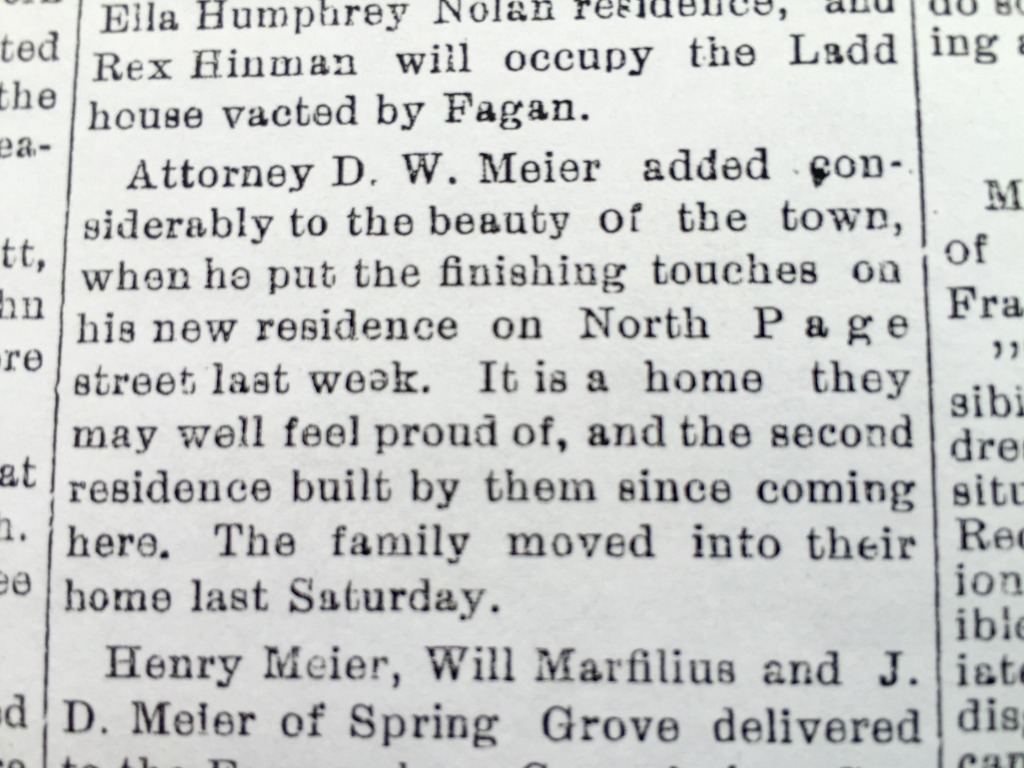 On this date exactly 97 years ago, November 10, 1917, the Meier family moved into their newly constructed American System-Built House. At the time, Delbert Meier was a 37-year-old attorney; his wife, Grace, was 38. Daughter Esther was 12, and her younger sister Martha was 8. What an exciting day that must have been for that young family, moving into their beautiful architectural wonder of a house! As you can see in thew local newspaper clipping above, the Meiers’ move-in date was big news.

The Meier family would go on to occupy the house until the mid-1960’s. Martha and Grace grew up and moved out in the late 1920’s but Delbert and Grace stayed on. Delbert passed away (probably IN the house) in 1959, coincidentally the same year that Frank Lloyd Wright passed on. Grace remained in residence until her death in 1964. 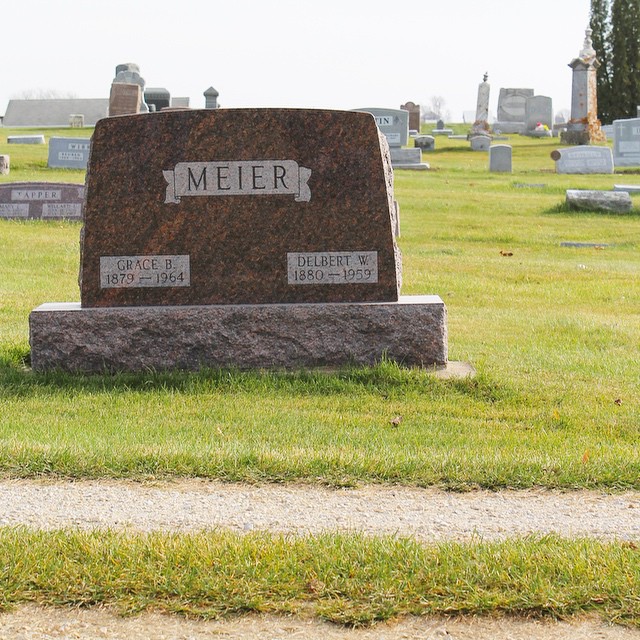 We stopped by the cemetery yesterday to pay our respects to Mr. and Mrs. Meier and to thank them for building this grand house. We feel like we’ve adopted the family as much as the house.

The Mister and I are coming up on our one year anniversary of living in the house. We haven’t gotten very far in the projects we have planned for the house but we have enjoyed every single second we’ve spent here. Thanks again, Delbert and Grace Meier, for building this gorgeous home.