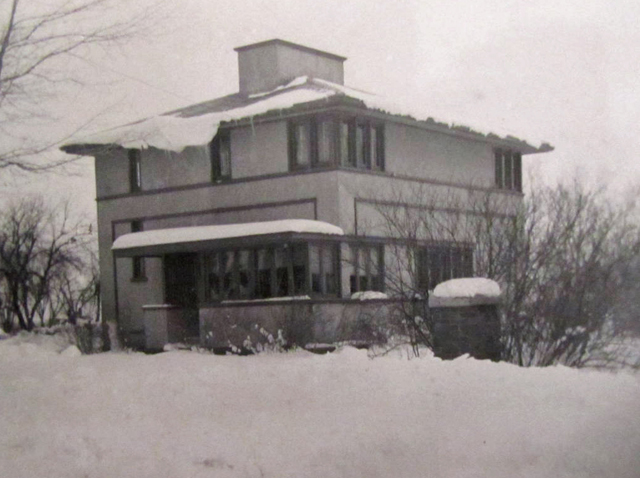 The dream house as it looked soon after it was built in 1917.

When we’ve told family, friends and colleagues about our purchase of the Dream House, the reaction has typically gone like this:

“Wow! Congratulations! Where is the house?”
“In Iowa.”
(Pause. Eyes widening and mouths falling somewhat open.) “Iowa? Isn’t that kind of…far?”
“Well, yes it is. But it’s a very special house. ”

Those who have seen photos of the place have tended to agree that it is, and understand when we further say that we fell completely in love with it the moment we first walked in through the front door. For the most part, though, we’ve held back in offering up what lured out us to look at this unlikely house in the first place. After all, we had set out to find a cozy little cabin getaway somewhere not far from the city, and ended up buying a big house in a little town many, many miles further out. What could have been the bait to get us out to look at this place?

The answer: the Dream House was designed by Frank Lloyd Wright. 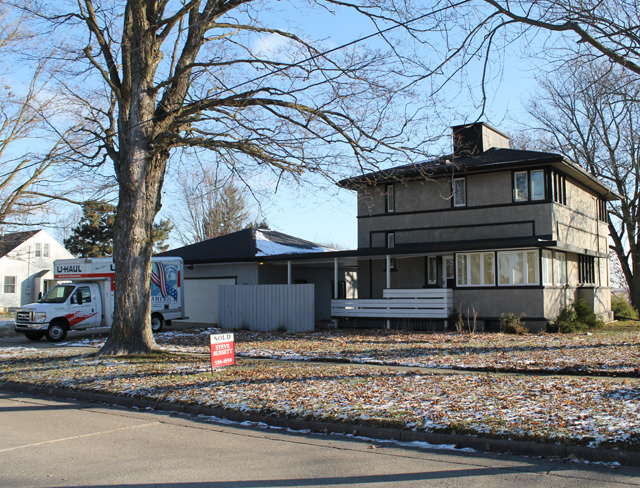 The dream house as it looks today.

Needless to say, we were pretty incredulous that owning an actual Wright house could ever be within the realm of possibility for us. But after seeing the listing for the house on PrairieMod (a terrific blog about Midwestern architecture that we faithfully follow), we consulted several books about Frank Lloyd Wright and there it was, our Dream House, included in the official roster of Wright-designed buildings. Our eyes widened and our jaws dropped, to be sure, but it still all seemed so unbelievable. What was the hitch? Was the house falling down? Was it a potential money pit? (We’d read some horror stories about the maintenance needed on other Wright houses.)

After getting reassurances from the realtor that the house was in terrific condition – in fact, had been updated just a few years ago- we still choked at the idea of its distance from us; the fact that it was in a small town (what would the reception be like there to a same-sex couple?); and the idea of taking on such a large house and property. But of course, seeing is believing. We went, we saw, we were conquered.

We’ve already learned much about the history of the house and its place within the context of Wright’s long and storied career, which we will share in upcoming posts. We will of course be continuing our sleuthing and reporting, so stay tuned in!