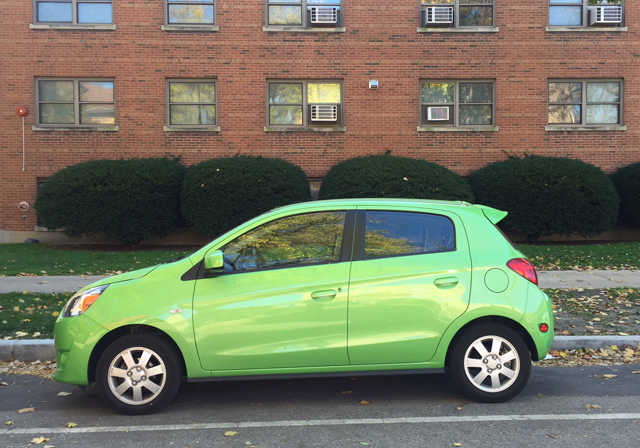 One of my first driving experiences was in a Mistubishi Mirage. My parents bought a silver 1990 Mirage hatchback in that year. Always the spendthrifts, my parents’ Mirage was an absolute base model of an already inexpensive car. I’m talking manual transmission, no radio, crank windows, no cruise control, not even air conditioning.

When I turned sixteen the following year, I drove that silver Mirage, with my mom in the passenger seat, to the DMV to take my driving test. It’s always been a point of pride that I took my driving test in a car with a manual transmission – especially since I passed the test with flying colors. (Never mind the fact that just a few months after getting my drivers license I rear ended another car in the very same Mirage. Oops!)

At sixteen years of age, every car feels like a luxury car. As long as there are four wheels and an engine, the newfound freedom that comes with driving can make even a Pinto feel like a Mercedes.

I’ve certainly been around the block a few times since that first experience with a Mitsubishi Mirage. Now that the carmaker has re-introduced the Mirage to the US market, I thought we should consider it for our next car purchase. So how will the car that seemed like a luxurious ride when I was sixteen feel now that I, uh, have a few more miles on my odometer? 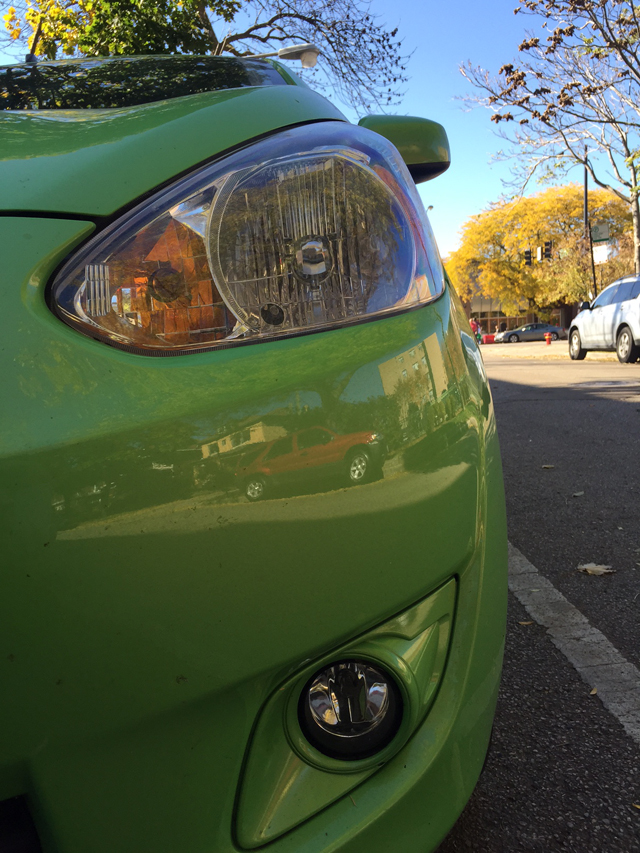 There’s definitely no mistaking the Mitsubishi Mirage for what it is: a cheap ride. We test drove a 2015 Mirage DE with a manual transmission and, while the price point was certainly quite appealing (right around $13,000), the car leaves a lot to be desired. The only positive thing I can say about the car is that the manual transmission shifted smoothy. Otherwise, it’s a bust. It’s sluggish, it doesn’t absorb bumps and potholes very well and, well, it just feels like a cheap ride. From the finishes to the handling, the Mirage lacks many of the upgrades that we’ve come to expect from even entry level cars. To get those creature comforts – bluetooth, push button start and the like – the price get pushed closer to $15,000. At that point, you may as well upgrade to a Honda Fit or Toyota Yaris.

We were attracted to the Mirage by its price but in the end we think that it won’t age well, especially in harsh city driving conditions.

Unfortunately, the Mirage also makes an appearance on Forbes’ list of 15 New Cars to Avoid (as does the Scion IQ, another car that we tested).