A New Vintage Look for an Old Bathroom 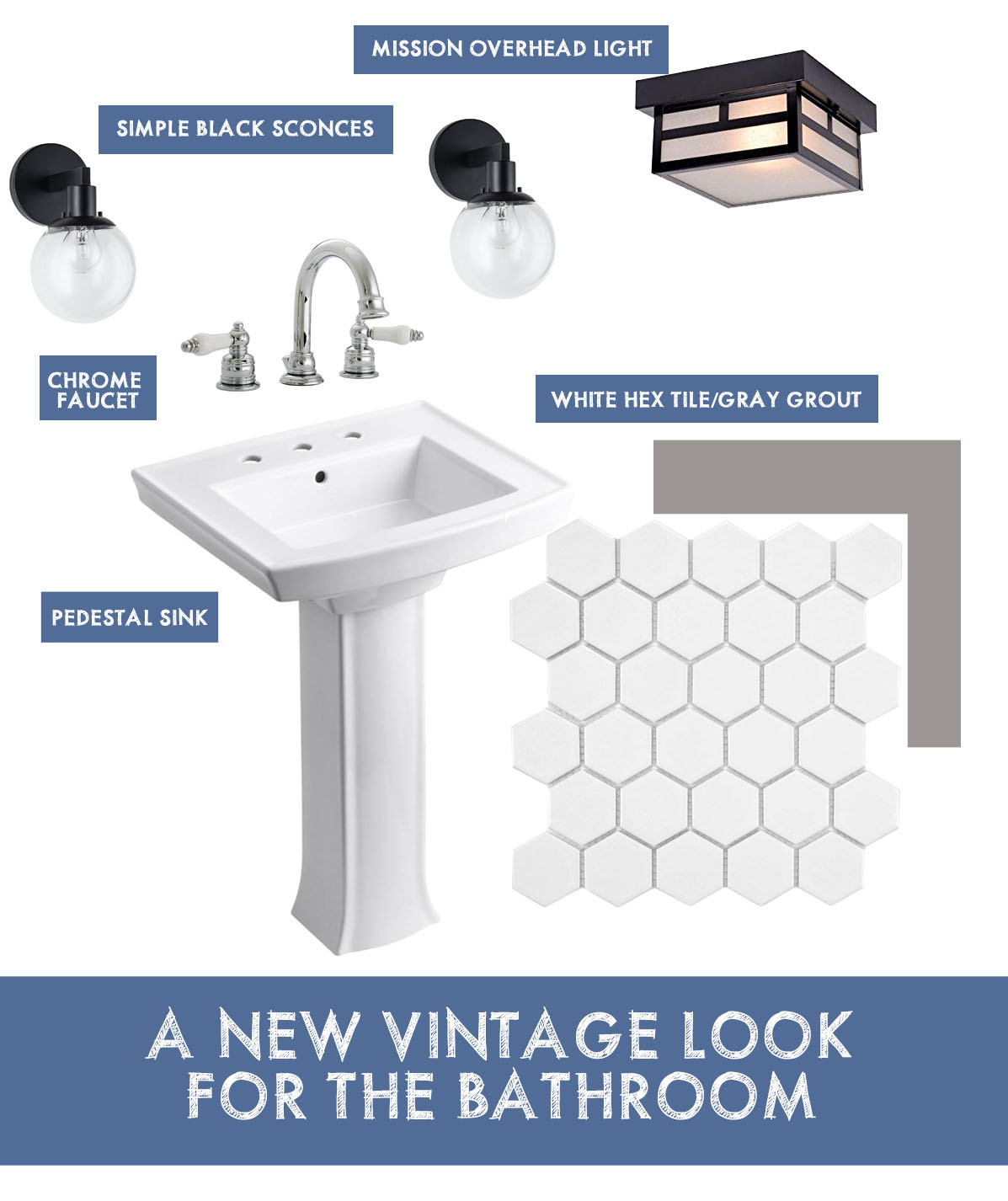 The Delbert Meier House was built in 1917. At that time the bathroom would have been pretty simple – a toilet, a bathtub, a pedestal sink and a built-in medicine cabinet. There was also a built-in closet that covered the entire west wall. At some point in the house’s 100 year history the bathroom was reconfigured. The tub and shower replaced the closet, the toilet was moved where the shower had been and the pedestal sink was replaced with large vanity. Oh, and the medicine cabinet (assuming that the plans we found for it were actually included with this house) was pulled out and the wall closed in.

Now that we’ve decided to go balls to the wall with the bathroom rehab, I’m going to give back to the room some of its vintage charm. We’ll keep the toilet that we installed out of necessity last year and we’re going to leave the tub and its tile surround as-is for now. But everything else – from the vinyl peel and stick flooring to the vanity that I spent a weekend painting – will be ripped out and replaced. 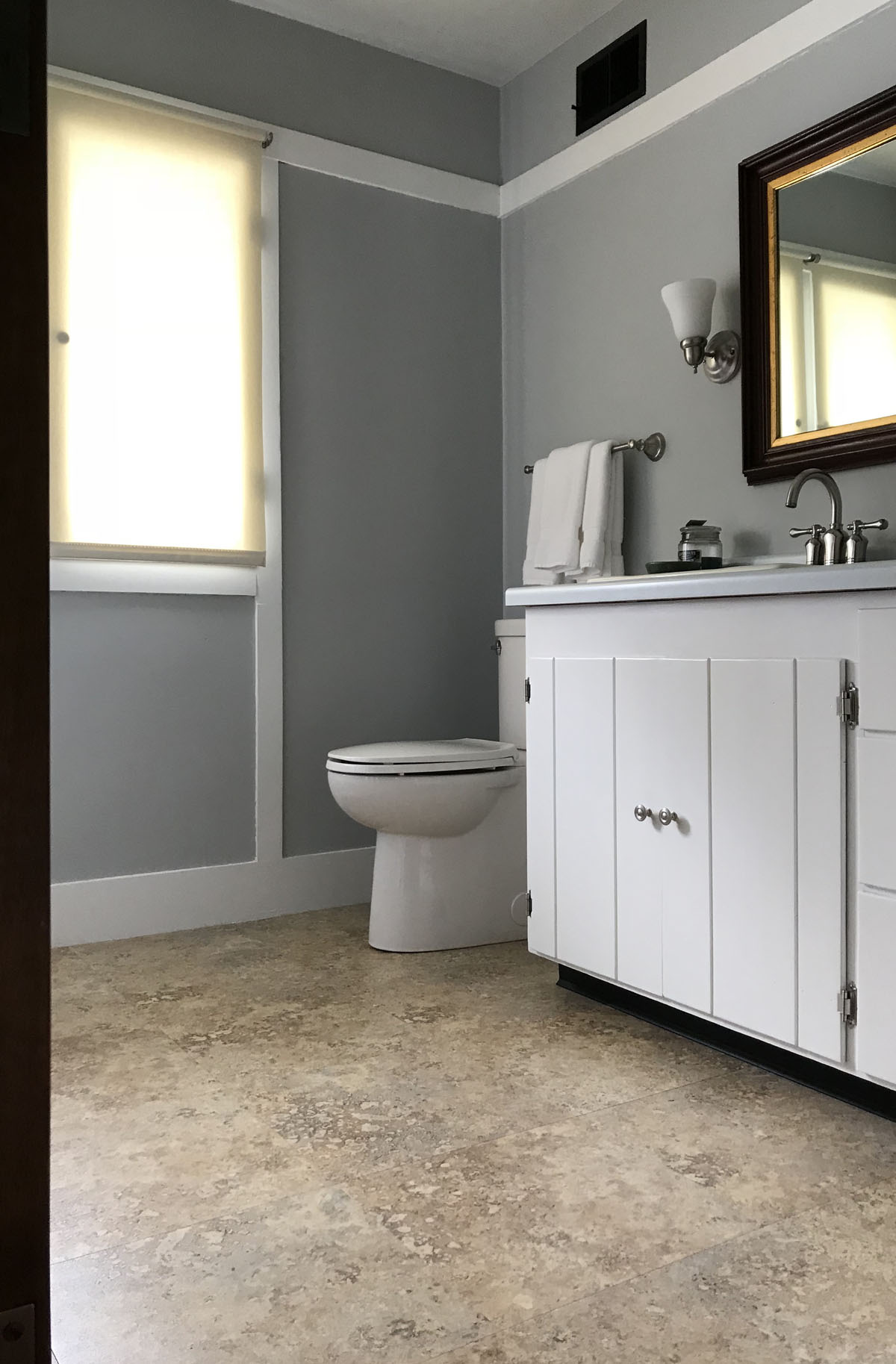 The bathroom as it looks today. I spent a weekend painting the vanity white when I thought that we were going to give the bathroom a simple facelift. Now it – along with the flooring – is going to get ripped out and replaced.

While I want to give the bathroom a vintage vibe, I don’t want it to feel like a museum or time capsule. So while we’re bringing in some vintage elements, like a hex tile floor and pedestal sink, we’ll also bring in some more modern touches, like black light fixtures. Here are the elements that we’re planning to use for the bathroom remodel. Keep in mind that any of these can change at a moment’s notice as we start the actual remodel.

We’re planning to start the work this weekend. Mind you, I’ve never tiled anything in my life, so we’ll see how this all comes together. I have, however, watched a hundred YouTube videos about tiling and while it looks like a lot of work, it’s not exactly brain surgery. (Here’s hoping that doctors don’t bone up on surgery by watching YouTube the night before a procedure!)

The Cabinet That Used to Be a Clock (We Think)