before & after, DIY, furniture 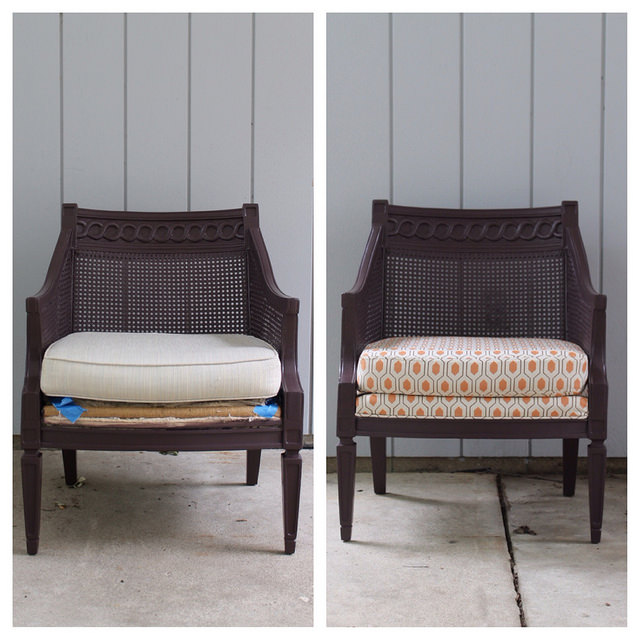 On the left: a chair that has been re-painted to cover its 1980’s speckled faux wood finish. On the right: the same chair just before it left This American House with a freshly upholstered seat and cushion. Three cheers for DIY upholstery jobs!

It all started when I brought my big, old industrial sewing machine to the house. It had been collecting dust in a storage unit back in the city and buying the house meant that I could finally get it up and running again. I called our friends Steve and Joan and asked if they would help me bring the machine into the house. As were hefting the machine from the back of the SUV and down to the basement, Joan asked what I planned to do with it. 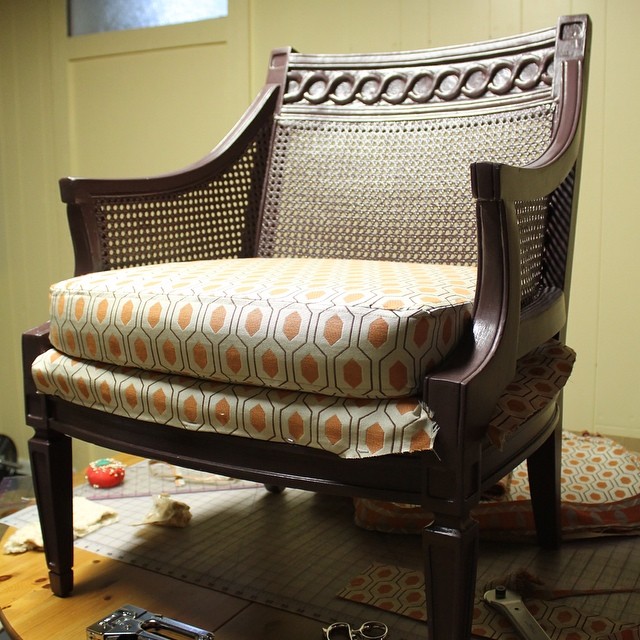 “Well, I used to have a line of handbags,” I said, “so I might get back to that again.”

“Can you do upholstery?” Joan asked.

I saw the light bulb pop above Joan’s head and I knew that we would be working together in the near future.

Now, the truth is, I’ve only upholstered a few pieces of furniture. Years ago I reupholstered a chaise lounge for friends and I’ve also worked on a chair or two for our own home. But Joan wasn’t asking for the long answer so a simple affirmation would suffice. 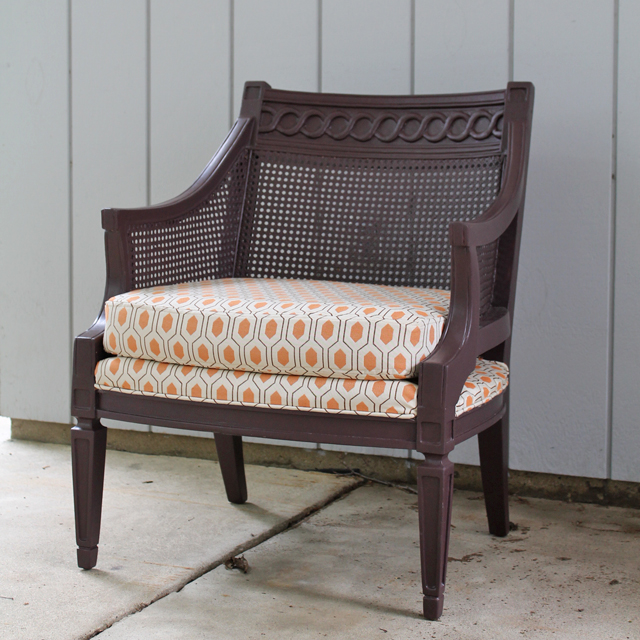 For months after that, I would get status updates from Joan. She was looking for chairs for me to reupholster and the minute she found one she’d bring it to me so I could “work my magic.” Finally, a couple weeks ago, this chair lands on our doorstep. Joan had already sanded and painted the chair (hence the lack of a proper “before” photo) and, armed with two yards of fabric, it was ready for the rest of its transition.

My first attempt at upholstering the chair ended in a lot of swearing and head scratching. I tried making a seat cushion with piping around the edges but I wasn’t pleased with the look. The piping was just too much with the pattern. So then I started over, instead making a cushion with top stitching rather than piping. 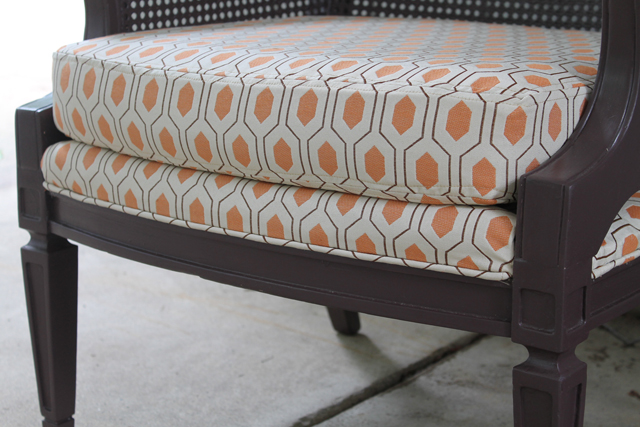 Finally satisfied with the cushion, the next step was to reupholster the chair’s seat. Fortunately, that was merely a matter of using the old seat as a pattern for cutting the new one. The new seat installed beautifully despite my lack of official upholstery tools. (If you’re reading, Santa, upholstery tools would be a perfect gift this year!)

The piping once again posed a problem when it came to attaching it to the chair. The first piping that I tried was too large and made the chair look sloppy. I reluctantly pulled the piping back off the chair (it had been SO MUCH WORK to apply!) and replaced it with thinner piping, attempting to match the pattern as I went along. Bingo! The thinner piping did the trick.

In the end, Joan was pleased with the chair.  And I’m happy that my promise that I can upholster furniture wasn’t a lie! I’ve already lined up my next upholstery project – I have the chair and the fabric, now I just need the time!

Before & After: Taming the Colors in the Guest Bedroom

So Much Depends on a <em>Green</em> Wheelbarrow