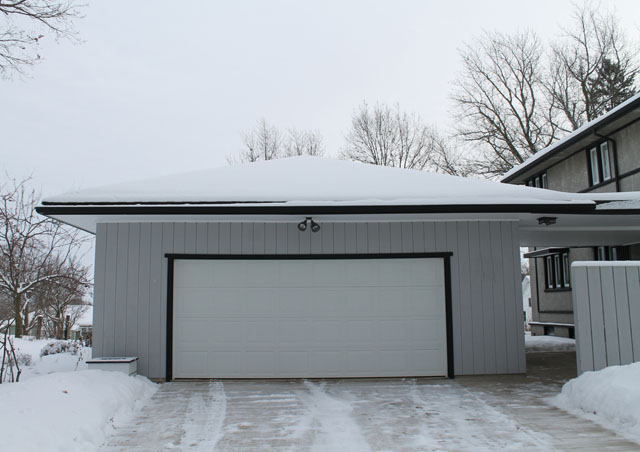 Ah, space! After living in a 900 square foot condo for the past seven years, we are decadently stretching out inside the Dream House, and enjoying (for now) the sounds of our voices and meows echoing through the (mostly) empty rooms. Gluttons for space that we’ve become, however, we’ve also been casting our eyes out through frosty windows toward our two “out buildings”: the garage and the carriage house.

We can’t begin to express the glee that overcomes us when we think about having a bonafide garage. It’s welcome relief after years of city street parking. To have a guaranteed parking spot when one comes home – no matter the time of day or night; to not have to worry about side mirrors getting knocked off or catalytic converters sawed off or license plates stolen or the car getting “keyed” in the night; to not have to dig out or scrape off a snow and ice-encrusted car on a wintry morning…ah, pure, delicious decadence! Of course, we’ll remain part-time city dwellers (and therefore, parkers) for at least the next few years, but we’re sure it’ll just keep us in conscious gratitude for the luxury of having the Dream Garage every time we use it. Oh – did we mention that the 2 stall Dream Garage also has a large workshop attached to it? We haven’t even begun to think of what to do with it (we also have a sizable workshop space in the basement), but worry not – we will happily figure that out! 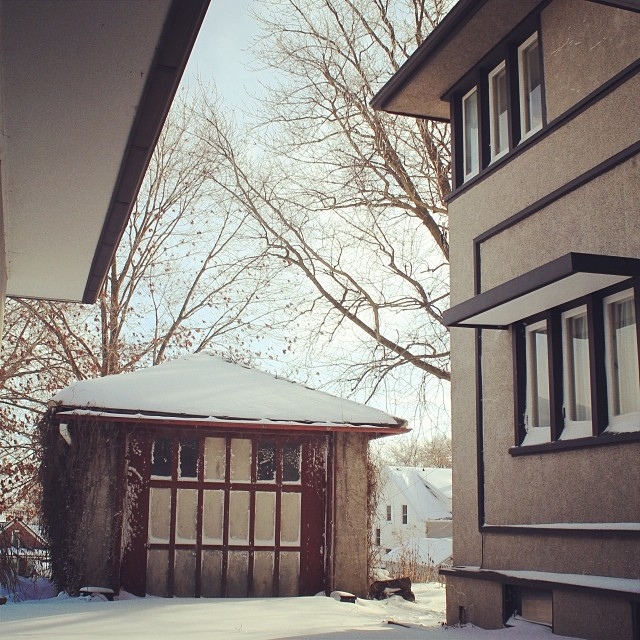 And then, there’s the carriage house. It may be more accurately called the “old garage”, but we prefer our realtor’s name for it, which better fits the charm of this little structure. It was built with the house in 1917, and although it is likely not a Wright design (he rarely included garages with his houses), it works well with the house. Its exterior is covered in the same stucco as the house (if one pokes under the ivy to see it), and it still retains its original slate roof. Speaking of the ivy: the Blandings parents have advised us to cut it down, for fear of potential damage it may wreak on the carriage house, but we’re going to be disobedient and leave it. For one, it may truly be all that is holding the carriage house up (!); for another, it’s just so utterly charming! The carriage house is currently being used as a wood and tool shed.

The funny thing is, Frank Lloyd Wright would have hated these garages. Even back when the Dream House was built in 1917, Wright was a vocal opponent of garages. He was fine with carports, mind you, but garages were too old fashioned for his designs.

Still, we love our two garages. We have grand plans for both garages – not fully crystallized yet, but ones we will most definitely be sharing as we get them together.

Peering Over the Fence: Dealing with House Envy