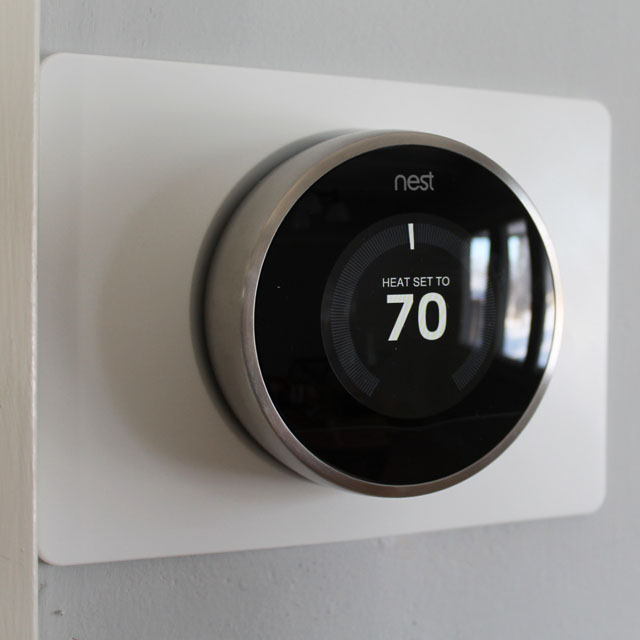 I have to admit upfront that I have wanted a reason to install the Nest Thermostat from the minute it first hit the market a couple of years ago. Alas, our city condo has radiator heat that is not individually controlled so no Nest for me. And then we bought the Dream House. Huzzah! An excuse to buy the Nest! But it gets better. As part of a holiday sale, Amazon offered a $40 rebate on a 2nd Generation Nest purchase. An even better excuse to buy a Nest!

If you’re not familiar with the Nest, it’s touted as a “smart thermostat.” What does that mean? Well, first of all, the thermostat can be controlled from a smart phone or tablet using the Nest app. Yes, that’s right. We’ll be able to control the heat at the Dream House even when we’re in the city. Or even when we’re upstairs and we don’t want to walk down to the dining room.

As if the smartphone feature isn’t cool enough, the Nest is also a “learning thermostat.” After a week or two of initial use, the thermostat “learns” your heating and cooling habits and begins using automatic programs that save energy (and hopefully a little money). After about a week of using it, I did notice that the Nest would automatically turn itself down to 67 degrees (the nighttime temp I had been setting) and back up to 70 (my daytime setting) in the morning. 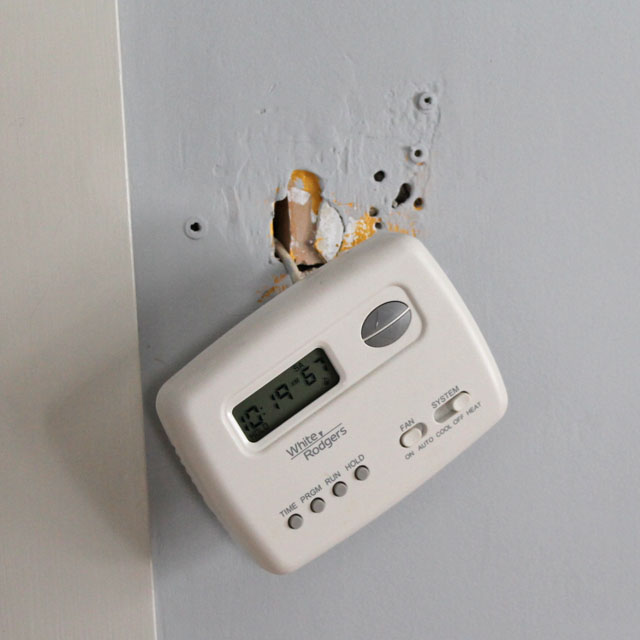 Setting up the Nest was relatively easy – even for someone who has had very little experience with thermostats. It was merely a matter of killing the power to the furnace at the junction box, disconnecting the old thermostat and connecting the new one. There were stickers included in the box that were helpful in tagging the wires as I pulled them off the old thermostat. These wires made re-connection a cinch! 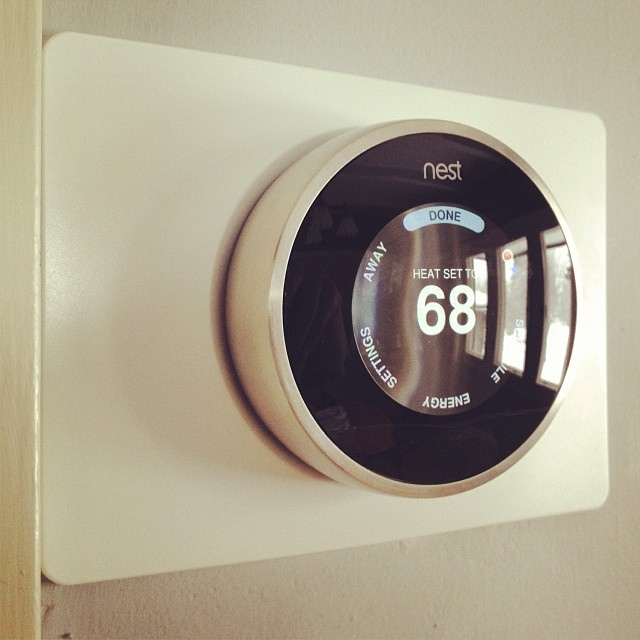 Once the Nest was connected, it initialized itself, I set it up on our wifi and then it asked me a series of questions. It asked me what kind of heat (forced air, radiator, etc.), the zip code (for weather conditions) and a few other questions. I also created an online account through the Nest website and then downloaded the app. I was able to sync the thermostat to my phone with ease.

I love the simple, modern design of the Nest and I wish I could have mounted the plain, small disc directly on the wall. As you can see in the photo above, however, my wall was marred with a number of holes and wonky plaster. I was forced to install the white plate that was included with the Nest. The thermostat still looks great … I may even like it better with the white plate surrounding it. 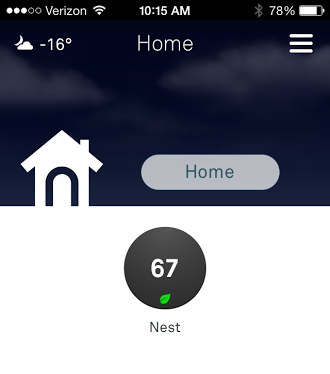 At $250 (before rebate) I really did need an excuse to buy the Nest thermostat. While I really, really wanted a Nest, there was nothing wrong with the regular ol’ White Rodgers thermostat originally in the house. The rebate helped me seal the deal. And now that I’ve been using Nest for the past couple of weeks, I’m glad I did. From installation to daily use, I’ve had a great experience with it so far. I’ve read some complains about the Nest going berzerk, including a post on Business Insider from two days ago. But so far so good at the Dream House. I’ll keep you posted if the Nest goes haywire.

Giving the Dream House Its Birth(W)right: <br>What We Know About Our American System Built Home