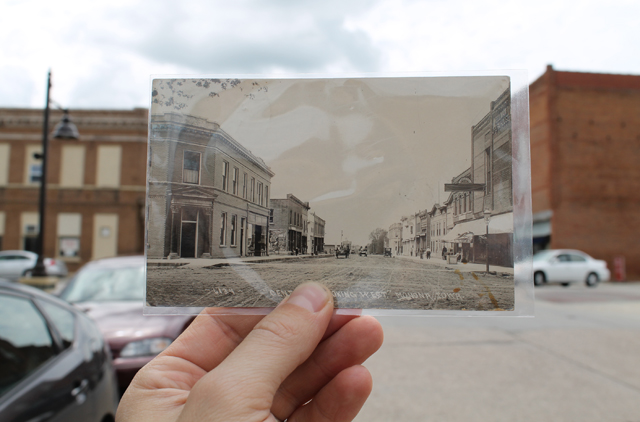 The Mister picked up this postcard depicting our little town on Ebay a few weeks ago. It wasn’t until it had arrived and we were taking a closer look at the postcard that we took note of the postdate. June 30, 1914. In case you’re not keeping track of your calendar, that’s 100 years ago. Exactly one hundred years ago today even! What a perfect time to take a look at the city now vs. then. 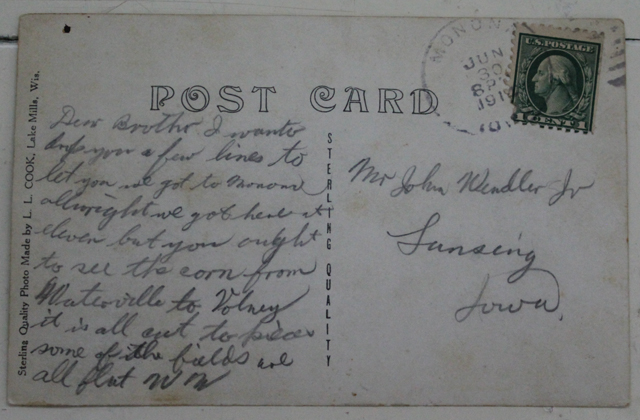 Dear Brother, I wanto drop you a few lines to let you we got to Monona allright. We got here at eleven but you ought to see the corn from Waterville to Volney. It is all cut to pieces Some of the fields were all flat. WW 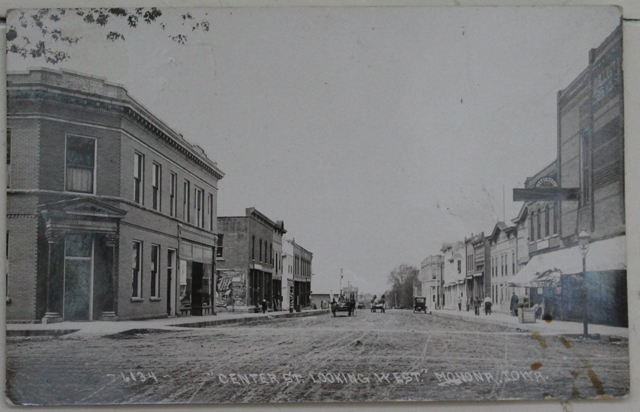 In 1914 the town of Monona had two banks, a general store, an opera house, two lawyers and various other small businesses. Most of the businesses were located on Center Street, which was still unpaved in 1914 despite being the town’s lone commercial street. Delbert Meier, the man who would build our American System Built home, already had his law practice in town in 1914.  He and his family were living in a house on Main Street, three years away from starting construction on what would become our house. 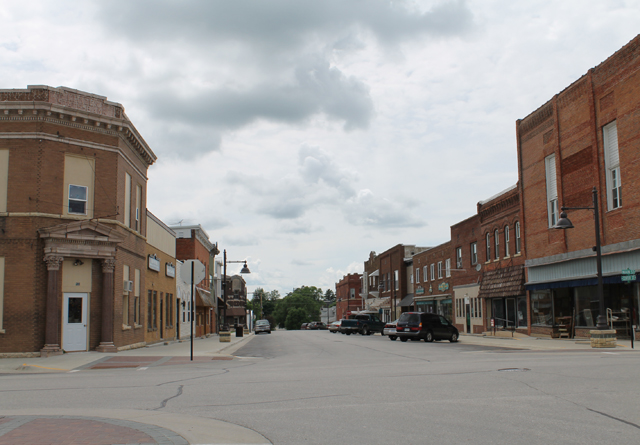 Driving into town today, you would find one bank, a grocery store/gas station, a pharmacy, a fabric store, a newspaper, a flooring store, numerous hair salons, one lawyer, a couple of insurance agents and, located in what was once the opera house, a secondhand shop. Many of the businesses are still located on Center Street (now paved and with decorative “bump outs” at the corners). The gas stations and grocery store are now located closer to the “new” US Route that bypasses downtown.

Unlike a lot of small towns, Monona has actually continued to see population growth. In fact, based on what the town had to offer in 1910 vs what’s around these days, the little burg is doing quite well for itself. There are more businesses here now than there were in 1910 – but still fewer than there had been in the middle of the 20th century.

In the Event of a Water Emergency, Please Have a <br>Shop Vac and Dehumidifier on Hand