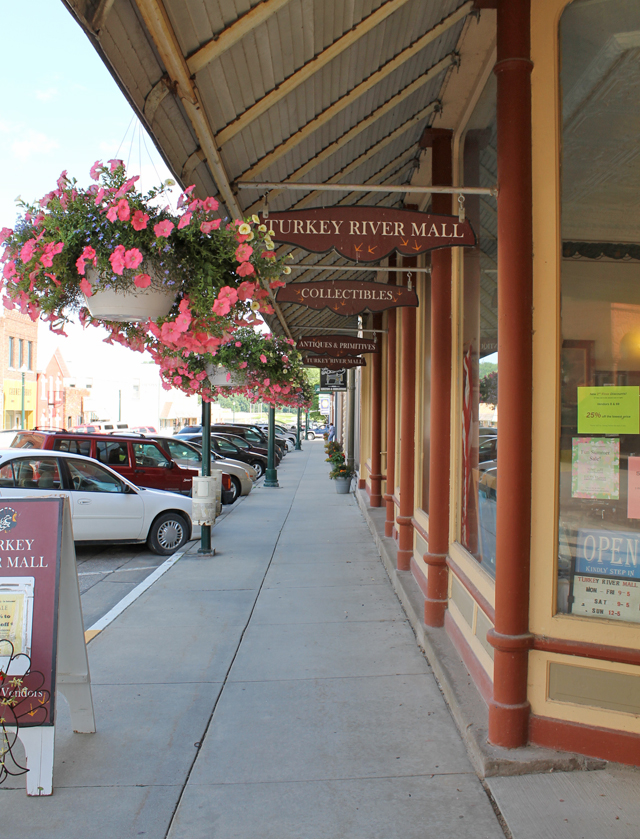 We found Turkey River Mall pretty quickly after we moved into our house. I don’t remember how we found it – whether it was recommended by a local or whether we just stumped upon it – but it’s where we picked up our $10 bedside table, our $29 dining room table, and many, many more things to furnish the house. Each time we’ve gone into the mall, I’ve marveled at the ingenious use of this former hotel. After months of shopping at Turkey River Mall, I finally sat down with the owner, Becky Dietzler, to get a little history on the building and the business. 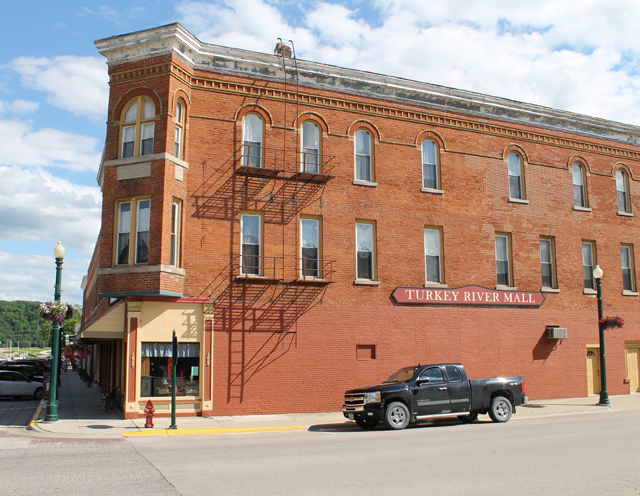 Located on the corner of Main and Bridge Streets in Elkader, Iowa, Turkey River Mall is located just a few steps from the Keystone Bridge that crosses the namesake river. The mall is housed in the former Bayless Hotel, which was built in 1897 to replace the Clark House, another hotel on that site that had burned down in 1896. The Bayless hosted out of town visitors and overnight guests in its 50+ rooms until 1969. With three floors of guest rooms, including corner honeymoon suites that afforded a view of the busy intersection of Bridge and Main, as well as a first floor space that boasted such amenities as a barber shop, cafe and bar, the Bayless was the place to be in Elkader.

The Bayless Hotel was purchased in 1969 and renamed the Alpine Inn Hotel. The Alpine continued hosting overnight guests until the late 1970’s, when it was turned into apartments. Of the many artifacts that Becky has unearthed in her renovations since purchasing the building in 2000 are the original registration cards from the building’s days as a hotel. Overnight room rates in the mid-1960’s were still $4.25. That’s right – for the price of a gallon of gas in 2014 dollars, you could rent a hotel room in 1964. 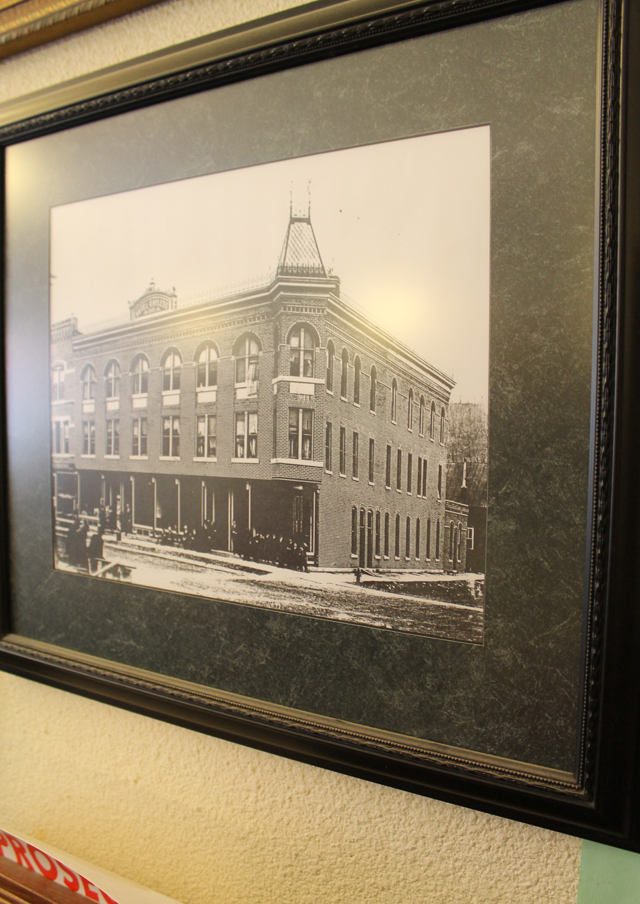 When Becky and her husband purchased the former Bayless/Alpine Hotel in 2000 it was in a state of disrepair. The building had been used as apartments and, more recently, was occupied by a mother and son who may have been candidates for an episode Hoarders had that TV show existed back in the 1990’s. The couple immediately rolled up their sleeves and began the long, arduous process of turning the old hotel into an office building. They installed internet and telephone service throughout the building, replaced 72 windows and put in 1500 sheets of drywall. They turned the hotel’s former lobby area into a reception desk and waited for the tenants to come. The only problem was that tenants never came. It seems that no one wanted an office in a small farming community in Northeast Iowa. So, as Becky said with a smile, “This is our plan B.” 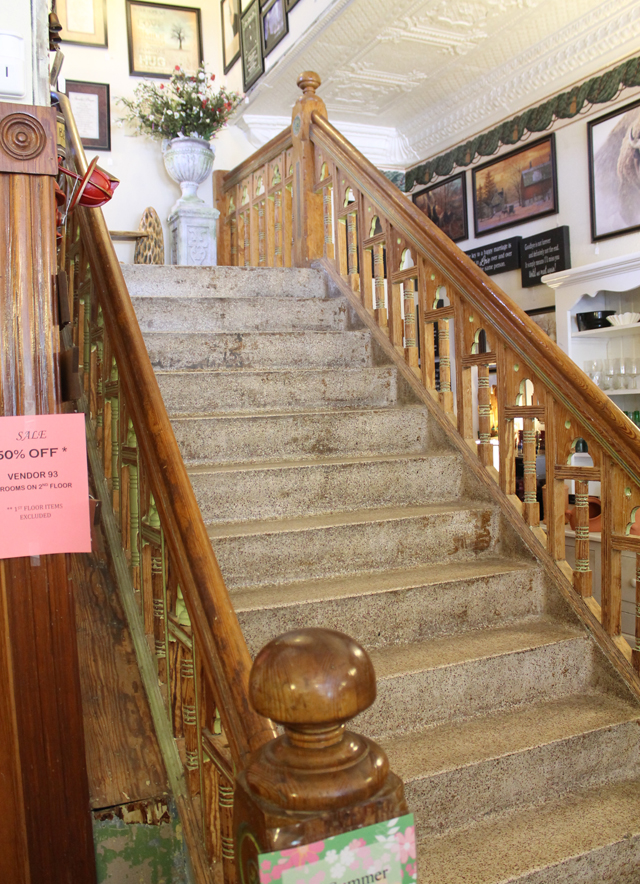 A few years after opening up as an office building, Becky re-concepted and Turkey River Mall was born. As the first floor tenants in the building – the pizza parlor and the Checkerboard Cafe – moved out, Turkey River Mall continued to grow. Today, the mall boasts 14,000 square feet of retail space that hosts over 70 vendors. The former guest rooms act as “booths” for vendors who sell everything from antiques to new merchandise and everything in between. Vendor merchandise also lines the hallways and fills the basement. 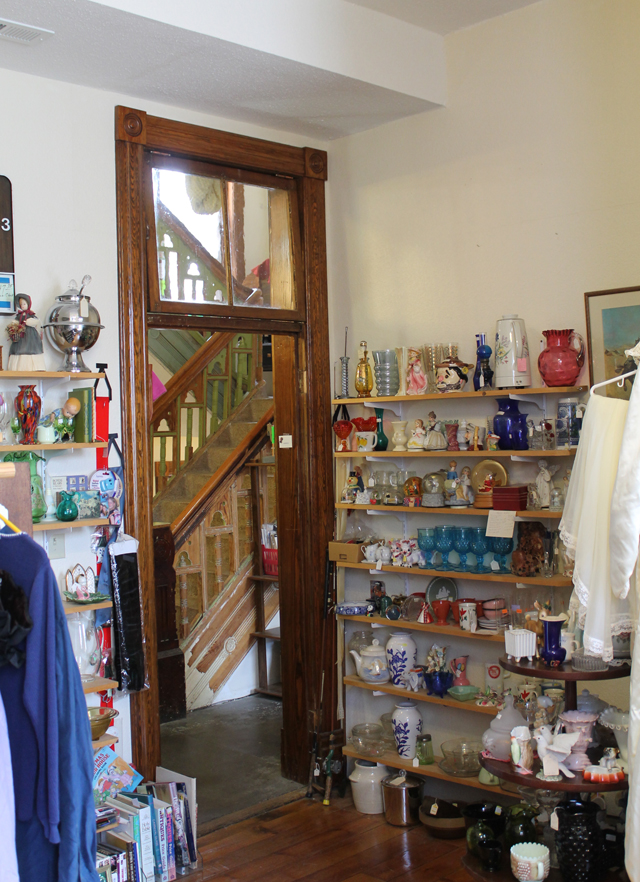 My favorite part of visiting Turkey River Mall is Becky herself. Stationed at the front desk, Becky is always ready to offer the story of the building as well as to direct shoppers looking for something specific. My other favorite things is imagining the hotel’s glory days. Wandering the vendor booths on the upper floors, walking under the transoms and down the long, narrow hallways, it’s easy to imagine the ghosts of guests past. Not that there are ghosts in this big, old building. Not that I know of anyway. 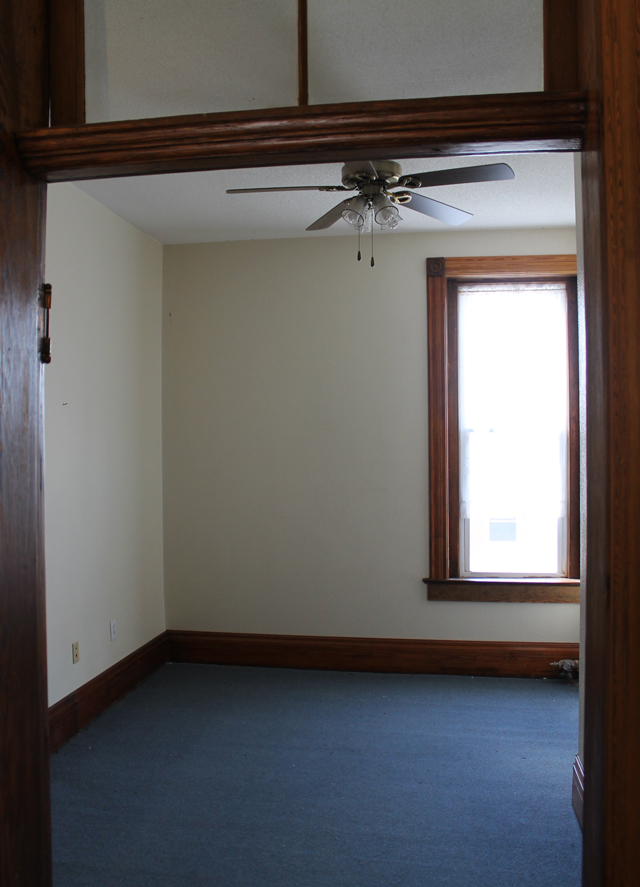 On my most recent visit, a vendor had recently moved out of one of the rooms. Looking into the empty space, I was able to see all of the hard work that Becky and her husband have put into the building. I could also see that their work continues some fourteen years after first taking possession of he old building. As tenants move out, Becky told me, they strip woodwork and make other repairs to the rooms. The grand staircase that starts in the lobby and leads up the three floors of vendor space still has remnants of the old paint that Becky and her husband have worked to remove. Slowly but surely the couple are returning the grand old building to its former glory. 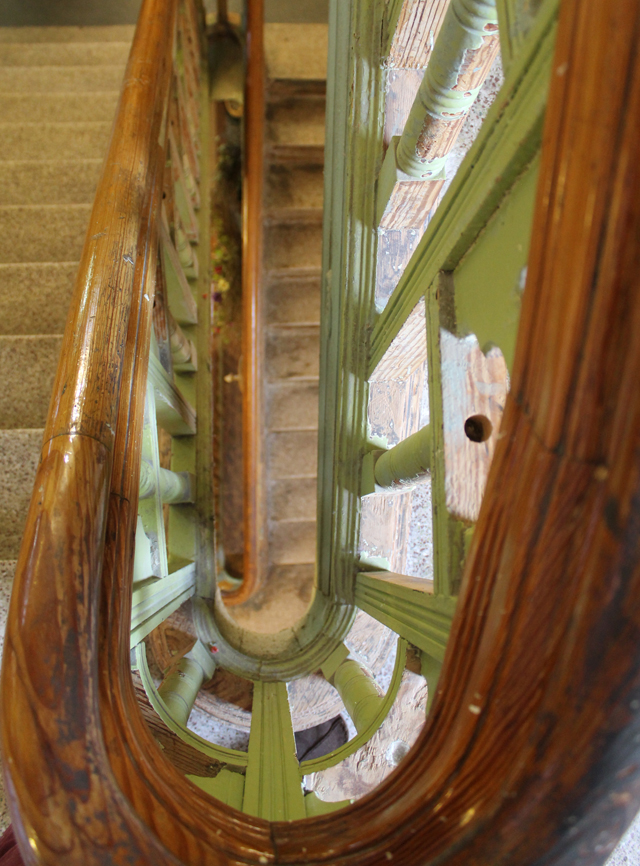 Turkey River Mall (and Elkader in general) are definitely worth a road trip – if not for the shopping, at least for the sightseeing and friendly faces.

Iowa: A Place Where the Honor System is Still Honored