The Mystery of the Drip in the Basement: Solved! 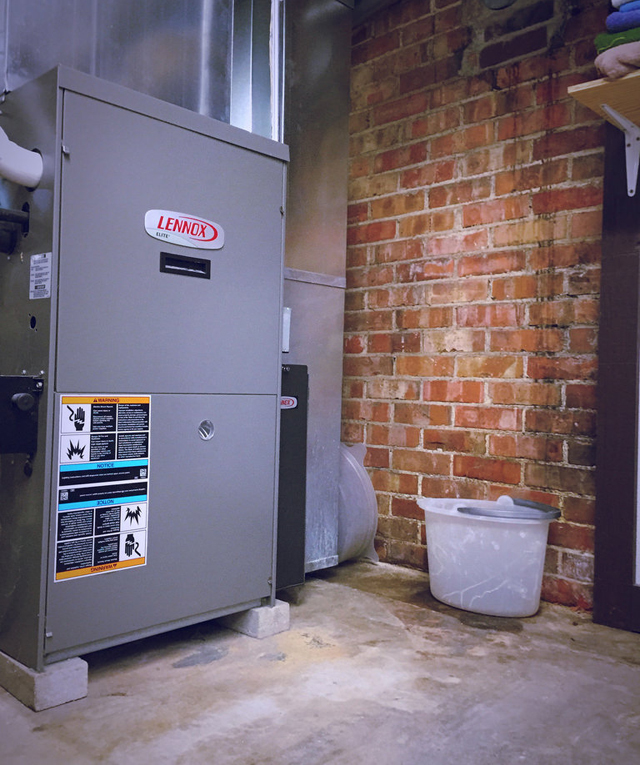 For the past couple of months we’ve been dealing with a slow leak in the basement. Drip, drip, drip, it’s a tiny little leak but it adds up over time. Such as when we’ve been away for a week. And then we return to find an overflowing bucket sitting in the middle of a puddle. In a fit of desperation last weekend, I finally got to the bottom of this drip!

Every time we’ve encountered the drip over the past few months we’ve come up a new theory.

My first thought was that the drip was somehow related to the chimney. Based on the drip’s close proximity to the base of the chimney and the fact that it first made its presence when the snow first started melting this spring I thought that was a logical answer. Perhaps the melting snow and spring rains were making their way down the chimney and then dripping into the basement. We already know that the interior of the chimney is crumbling so that helped add some validity to this theory.

But what if something is dripping from the bathroom on the second floor and making its way all the way to the basement? We ruled that one out when we reasoned that the bathroom plumbing is not in line with the drip location.

What if the house is haunted and these are the tears of ghosts who are stuck in the attic? OK, maybe that one’s a little more far fetched. But, hey, this house IS almost 100 years old! Anything could happen, right?

When I started to really reason it out, however, the cause of the drip was pretty obvious. I stood there in the basement, right beside the drip, and thought about what was directly above me. There’s no plumbing up there but there is … a refrigerator. A refrigerator with an ice maker. I sprinted up the stairs, flashlight in hand, and pulled the refrigerator away from the wall. Eureka! A little pool of water had collected near the baseboard and was slowly dripping down into the basement. 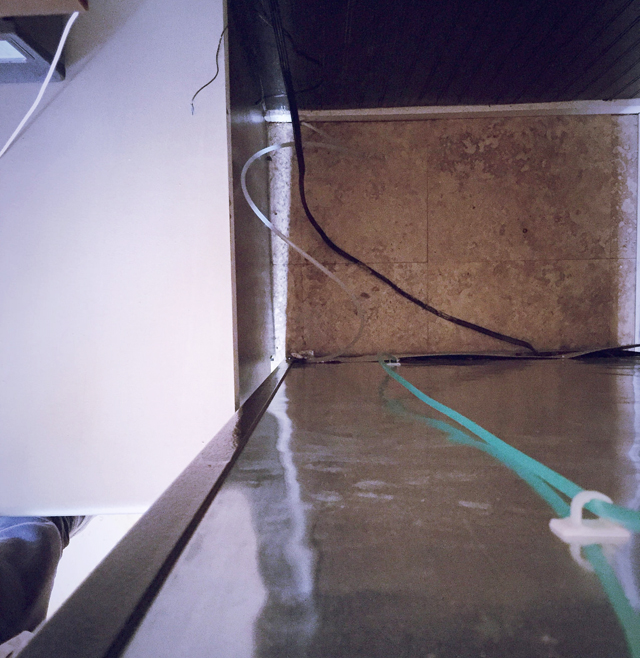 Having found the cause of the drip, now I just had to make it stop. I lifted the little lever inside the freezer that stops ice production but that didn’t do the trick. Still, I was confident that it was the ice maker, or at least the water line feeding into it, that was causing the problem. I checked the water line and it seems fine. Finally, I noticed that the refrigerator itself is leaking. But I still wasn’t quite ready to give up on the ice maker theory. 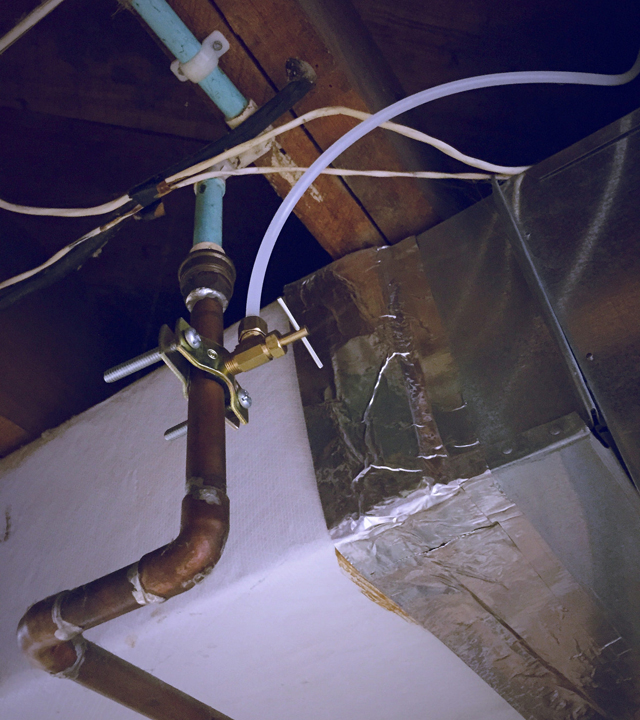 Armed with the flashlight, I was able to follow the path of the tube that connects to the refrigerator tot he main water pipe. (Gotta love an old house with an unfinished basement!) Lo and behold, after I turned off the water supply for the ice maker, the drip stopped. So it is the ice maker that’s causing the issue. Well, we’ll just have to make our own ice for the time being. The refrigerator needs to be replaced sooner than later so I think we’ll survive making ice the old fashioned way in the meantime. I’m just happy that the mystery of the leak has finally been solved!

We’re In! A Quick Update from the Dream House

Getting High with Mr. Belvedere: Repairing the Leaking Roof

American Table: Dinnerware Made in the USA