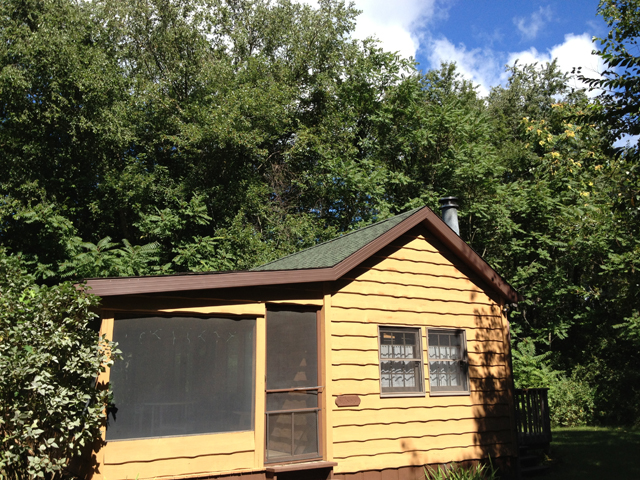 After the disappointment of the cabin in the pines and its literal cesspool of thirty year old shit, we were feeling pretty frustrated by the house search. We took a break to lick our wounds and then went back to the drawing board. Or, rather, back to the real estate listings.

The next house to pique our interest should have been the cottage of our dreams. Sitting on a large parcel of land only 2 1/2 hours from the city, the house was surrounded by farmland, as well as a plot of land with a unique history. It was the history of the land adjacent to the house that really intrigued us.

The area, which was near a large river, had once been an oil pumping stop and then later became a Nazarene Campground. Then, sometime in the 1980’s, a man with a vision of turning the land into a vacation housing development bought the parcel. He gave the land a new name and constructed a few cabins while he occupied the occupied the old campground buildings. An amateur aviator, he also cleared out a strip of land to build himself an airstrip. Based on what we could find in online searches, the developer would fly from his home in the vacation development to a his favorite restaurant a few counties away.

Yes, that’s right, the man built himself an airstrip. If you’re imagining a long strip of concrete and red flashing lights, you’re thinking way more sophisticated than it really was. 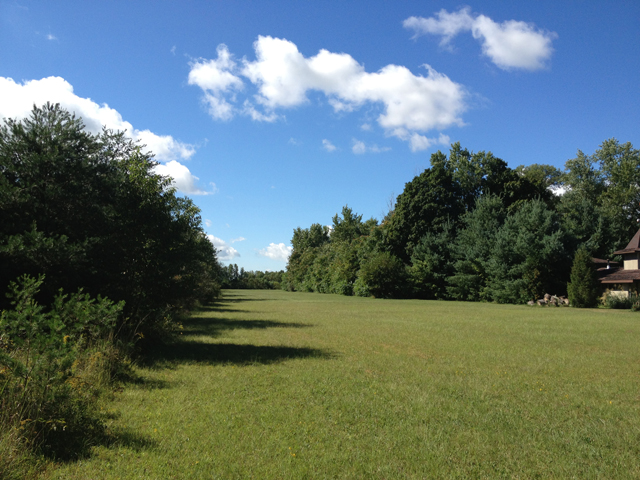 This airstrip was basically a long stretch of flat grass that had been carved out from the heavily wooded fields around it. And it was right beside the house for sale, separated by a row of trees. Sounds cool, right?

Well, the development never quite took off (pun intended). As you might expect of someone with grandiose visions and a penchant for building airstrips for himself, the developer ended up getting into financial trouble and lost control of the entire project. While a couple of the houses were actually constructed, the developer lost the land in a tax deal and the current housing association was locked in a lawsuit to get control.

Now, the house we were looking at was not within this vacation home community. We wanted no part of the vacation home community, which felt too much like the condo situation where we currently live. Besides, with the development under new ownership, it seemed like too much trouble. While the house had been built by the vacation community developer, it was on its own parcel of land just outside the development. The original owner, quite wisely, liked the houses that were being built but didn’t want to be part of the community.

When we looked at the aerial view on Google maps, with the airstrip and the wooded landscape all around it, the house intrigued us. The house itself was built in the late 1980’s and seemed to be simple structure with a large shared living space, a separate bedroom and a sleeping loft. Before driving to the house, we made plans for adding another building or two on the ample acreage surrounding the house. We started planning living in the rustic cabin while we built a modern glass house elsewhere on the property. 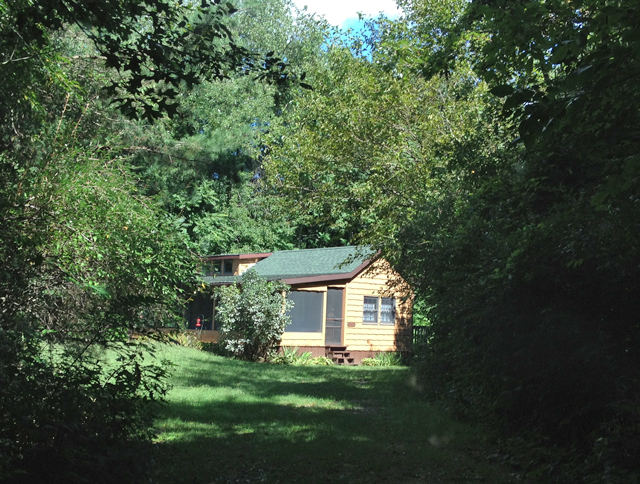 Once we got to the house, our plans started to fall apart. It turns out that most of the land that comes with the house is covered by swamp, making building on it improbable. Strike one! Also, it was definitely a rustic cabin, even more so than the cabin we had tried buy a month earlier. The house hadn’t really been intended as a year round residence and that was evident in its construction. Strike two! The house was built on a wood foundation and, thanks to its proximity to the river, was in a flood plain. Strike three! Your’re out!

So that was that. We got back in our car, drove back to the city and wondered if we would ever find the house for us.