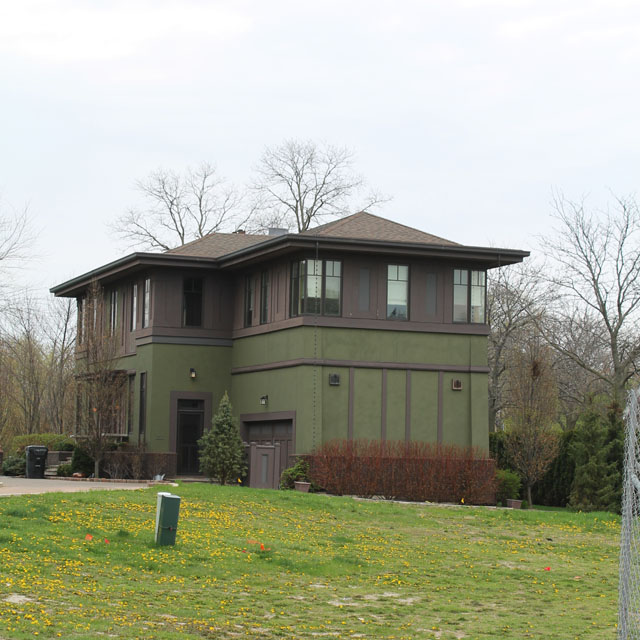 I wonder whether Frank Lloyd Wright, Walter Burley Griffin and the other architects of the Prairie School had any notion that, 100 years later, we’d still be seeing new designs based on their principles. Actually, they probably had every intention of creating an enduring style. According the Prairie School wikipedia definition:

Prairie School was a late 19th- and early 20th-century architectural style, most common to the Midwestern United States. The style is usually marked by horizontal lines, flat or hipped roofs with broad overhanging eaves, windows grouped in horizontal bands, integration with the landscape, solid construction, craftsmanship, and discipline in the use of ornament.

The Prairie School developed in sympathy with the ideals and design aesthetics of the Arts and Crafts Movement begun in the late 19th century in England by John Ruskin, William Morris, and others. The Prairie School shared an embrace of handcrafting and craftsman guilds as a reaction against the new assembly line, mass production manufacturing techniques, which they felt created inferior products and dehumanized workers.

The Prairie School was also an attempt at developing an indigenous North American style of architecture that did not share design elements and aesthetic vocabulary with earlier styles of European classical architecture.

Whenever I’m back in the city, I note how Prairie School designs are still inspiring architects some 100 years after the start of the movement. Take this house, for instance: 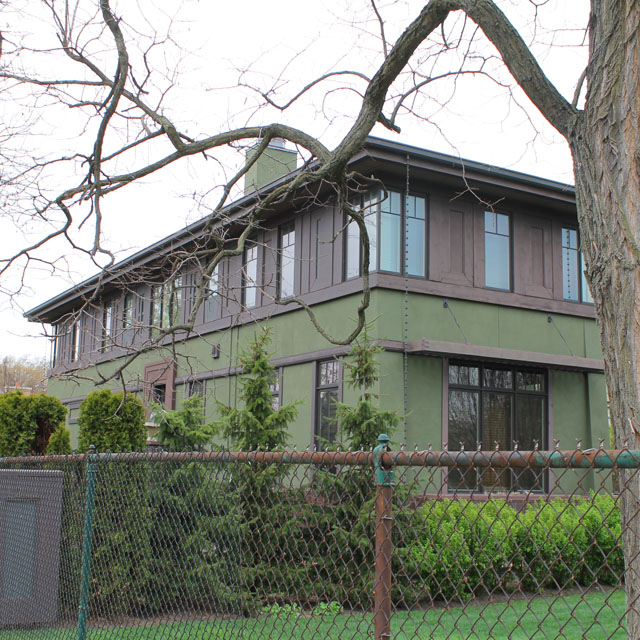 The house, which sits on the corner of a busy intersection, looks like it could have come directly from the American System-Built home catalog. With its corner windows and horizontal lines, it was clearly designed with Prairie School in mind. Even the colors are in keeping with the Prairie sensibility. As I watched this house being built a few years ago  – long before we even knew we would one day end up with a Prairie style home of our very own – I fell in love with the design. But, of course, a house of this size in the city is (and will most likely always be) way out of our price range. 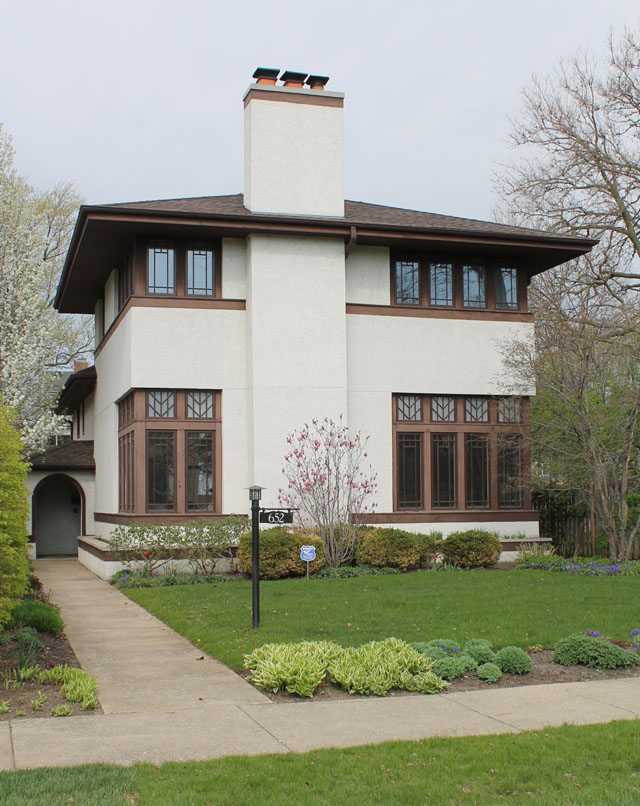 This white stucco house is another example of new Prairie School construction. And, again, every time I’ve passed it over the years I’ve commented about how much I love it.

Perhaps it’s my Midwestern roots that make me appreciate Prairie School houses and buildings. Fortunately, it’s an appreciation that The Mister and I share. We briefly entertained the notion of a mid-century home when we looked for the dream house. But deep down we’re just a couple of Prairie boys.

This Vintage Ekco Vegetable Peeler Just Wants to Be Used