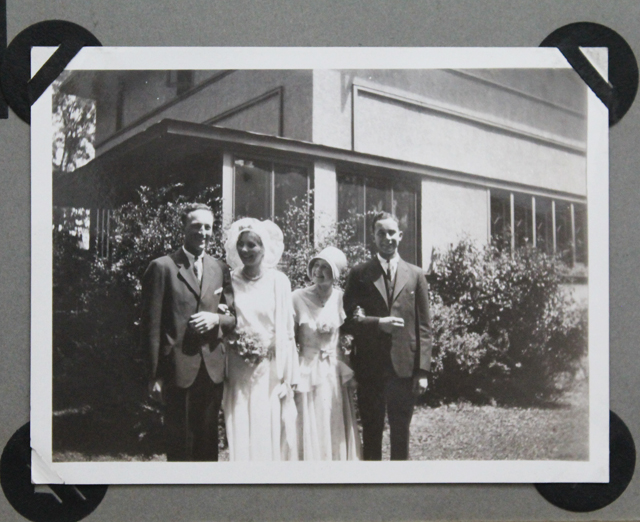 We’ve always been romantics, The Mister and I. We’re the kind of guys who’ve always rented vintage apartments with charm instead of modern homes with convenience. Dating back to our very first apartment, we’ve chosen character over comfort. Our first time cohabitating was in a two bedroom mid-century building not far from Wrigley Field. The Mister had left it up to me to choose our first apartment. He was working weekends a lot back then and, well, I was the more opinionated of the two of us when it came to housing. Or at least I thought I was.

The minute I walked into that first floor apartment, I was blinded by the fireplace. “A fireplace!” I told The Mister that evening. “Imagine sipping martinis by the fire on a cold wintry night!”

The fireplace was apparently the only thing I saw in that room. I must have looked past the old, grungy carpeting and the tiny, dark kitchen. Or the fact that the building was lacking laundry facilities.

Our apartments have gotten better over the years but our approach to them is always the same. We’ve always chosen vintage apartments loaded up with character and lined in walls with stories to tell. We’ve been known to sip wine on stormy nights and dream up stories for the people who might have lived there through the years. So you can imagine our delight that we’ve been able to not only piece together the former occupants of This American House but also meet them and hear their stories!

There have been five previous owners of our house in the past 97 years. First there were Delbert and Grace. They built the house in 1917 and owned it until Grace’s death in the mid-1960’s. For a brief period after that, Bob and Betty and their young children occupied the house. Bob wanted to farm and so he and Betty sold the house to Warren and Janet after just a couple years of ownership. Warren, Janet and their teenage daughter, Ann, occupied the house through the rest of the 1960’s and into the mid ‘70’s. When Warren and Janet moved out of the house, Peter and Becky took over. Besides than the original owners, Peter and Becky owned and occupied the house for the longest period of time – from the mid-1970’s to 2010. They sold the house to Trischia and Matt, who only lived in it for a couple years before selling it to us.

In the past few months, we have met all of the former living owners and the relatives of those owners who are no longer with us. Following months of research and email exchanges, we slowly started connecting with former owners. First we met Betty and one of her sons. They came to the house and shared memories of their brief time in the house. Since they inhabited the house so briefly, and because it was so long ago, they didn’t have too much to share about the house. But meeting them and hearing how Betty would nurse her sons in a rocking chair in the big bathroom upstairs was a real treat. 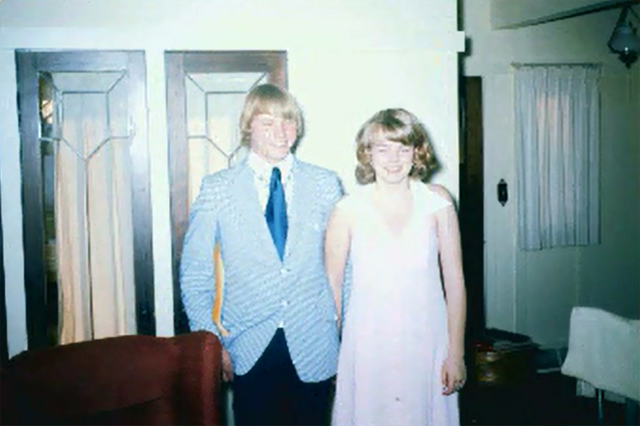 A couple of weeks ago we got a surprise Sunday morning visit from Ann, the daughter of the home’s third owners, Warren and Janet. We had been trying to get in touch with Ann for a few months and were delighted that she dropped by to see the old house and address any questions that her parents, who have passed away, might have been able to answer. We learned a lot from Ann – that her father removed the original built-ins and built the new garage addition. She told us stories about helping her dad bust up the old driveway and having a graduation open house at which her mother served a different fondue on every floor.

This past weekend, we completed our visits with the former owners and their proxies in a whirlwind double header. In the morning we had Richard, the grandson of Delbert and Grace, along with his wife, Sharon. Richard and Sharon arrived armed with a bag of memorabilia about the couple who were responsible for building our big, old house. We got our first glimpse of Grace in a color photograph from the 1930’s, as well as a prized snapshot of a wedding party standing in front of the house (above). Richard told us about driving out to the house from Madison once a year to visit his grandparents and how they never made a big deal about the house’s famous architect.

Later that evening we hosted Peter and Becky for dinner. This was their first time in the house since selling it in 2010 and it was one of our most anticipated visits. Having spent the longest amount of time in the house, we knew that Peter and Becky would be able to provide a lot of information about the house and its history. They were also the couple responsible for giving the house its “birthwright.” It was Becky who wrote to Wright historians to have the house authenticated as an American System-Built Home. And it was Peter who painstakingly restored the old wooden art glass windows that we love so much. Over a three hour dinner, we let Peter and Becky regale us with memories of their time in the house. We listened as they talked about the twister that blew past the house in the early 1980’s and about how they patched and plotted to keep the house in good standing on meager teacher salaries. Becky snapped some photos of the house to send to their sons, who were both raised from birth until college in this big, old house.

Thanks to all of the former owners and offspring who have shared stories of their time in the house. We hope to honor the house and its history in everything we do.