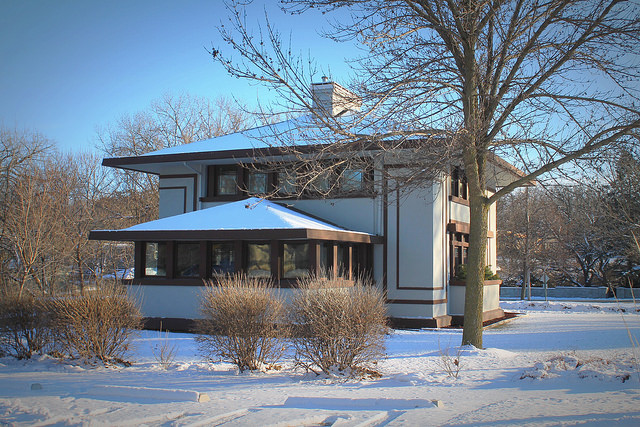 Since buying our American System Built house in Northeast Iowa last year, we’ve been planning to visit all of the other Frank Lloyd Wright-designed homes in the state. There was talk over the summer of taking a weekend trek to Mason City to tour the Stockman House and the Historic Park Inn, both of which were under construction a few years before our house was built. As it turns out, our own house projects trumped any plans for a road trip this summer.

We finally had the occasion to make the 2 1/2 hour drive to Mason City last week. And while the extremely cold temperatures kept us from fully appreciating all that Mason City has to offer, we did get to tour the Stockman house. We’ve been particularly interested in seeing the Stockman House because it is very similar in design to our own home. Built in 1909, the Stockman is based on Wright’s fireproof home designs, which is a style that the architect relied heavily on when he was designing the American System homes.

We were hoping to glean some tips on the restoration of our own home by visiting the Stockman house. And while we did get a few ideas from our tour, the real treat of the trip was stumbling upon a scale model of our own home. 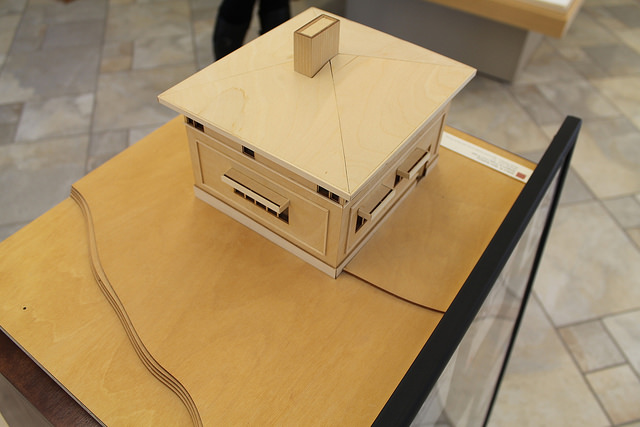 We had just walked into the Architectural Interpretive Center adjacent to the Stockman house and were trying to warm up when the docent asked us about our connection to Frank Lloyd Wright.

“Oh,” The Mister replied, “we actually own one of his American System Built homes here in Iowa.”

“You mean this one?” the docent asked as she pointed toward a little house made of balsa wood. 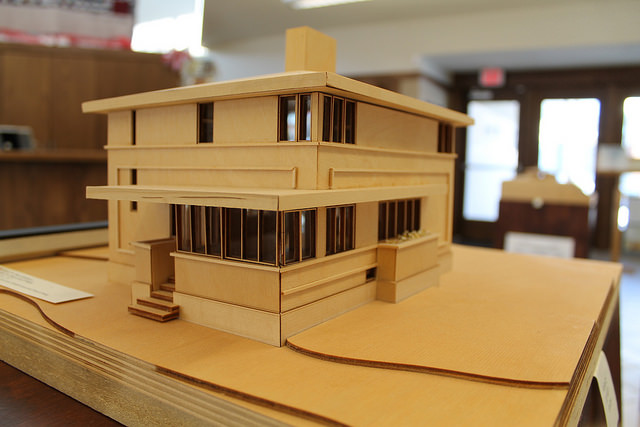 “Mister!” he called from across the room. “They have our house!”

The fact that there is a scale model of our house is not a total surprise. We knew through a previous email exchange with a professor of architecture that models had been created of all of the Wright homes in Iowa, including our American System Built home. We did not, however, know that the models still existed. And we certainly had no idea that the model of our house was on display in Mason City. What a wonderful surprise! 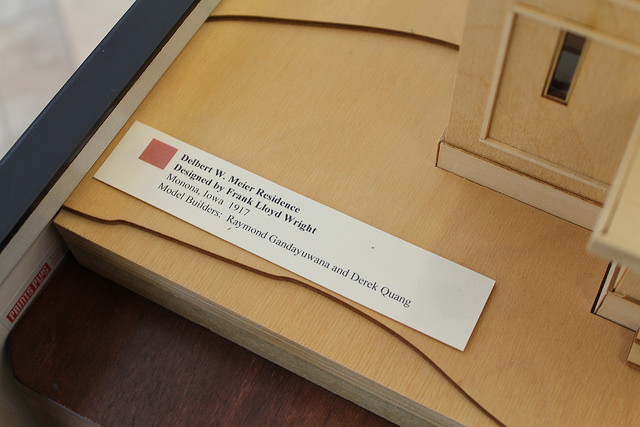 The model was built by Raymond Gandayuwana and Derek Quang and is a very accurate depiction not only of the house but the landscape surrounding it. From the windows to the trim and even down to the gradient in the landscaping, the model is an amazing representation of our home as it would have looked before the front facade was altered. There is one window missing from the second floor of the model house, but why quibble over small details?

House Stewardship: To Honor & To Grow

Happy Holidays from This American House