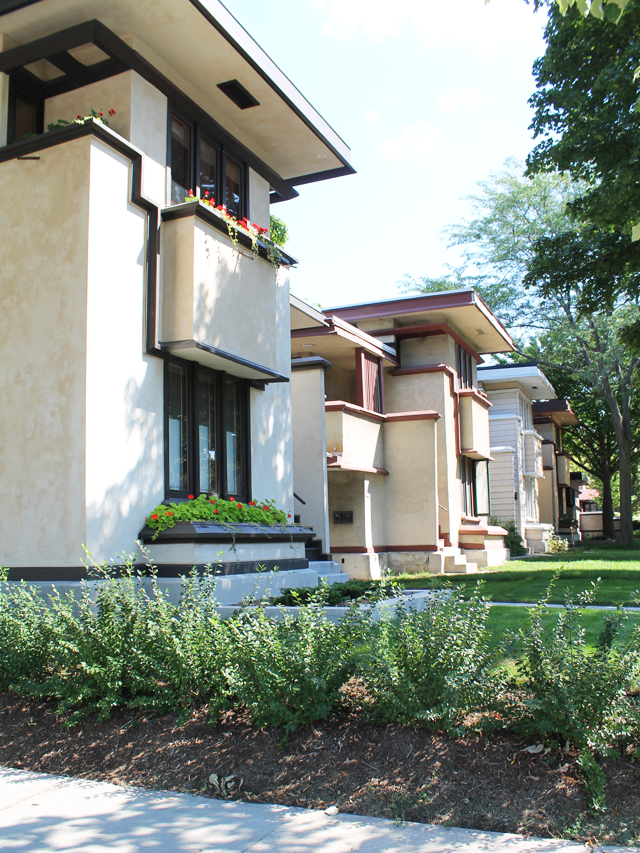 END_OF_DOCUMENT_TOKEN_TO_BE_REPLACED

You’ve got to love the peace of a Sunday morning after an overnight snowfall. With no place to go, we can settle into the muted and mellow morning, prolonging the winter wonderment with another pot of coffee and a fresh batch of biscuits. We popped out long enough to collect a bundle of wood for the fireplace and, of course, admire our old house standing strong in the snow. Now that we’re nestled beside a roaring fire, we can spend the day making silly little videos about the house.

Doesn’t the house look amazing surrounded by snow? The gray stucco and dark trim contrast beautifully against the stark white of the wintery powder. It’s enough to make you hope for more snow!

We’re excited to be partnering with the Iowa Architectural Foundation as part of their Prairie School Architecture in Iowa class. This 3-part virtual class – held February 9, 16 23 – will include 3 home tours – our American System-Built Home and two Walter Burley Griffin-designed homes in Mason City! See all the details below and consider joining us! This is a fundraiser for Iowa Architectural Foundation and a great way to see three wonderful houses without leaving the comfort of your own home.

In the first half of the twentieth century, Iowa was a significant player in the development of what later came to be known as the Prairie School of architecture. This 3-part course will explore some of Iowa’s internationally renowned Prairie School buildings, such as works designed by Frank Lloyd Wright and Walter Burley Griffin. We’ll look at examples located across the state, including the Woodbury County Courthouse and Mason City’s Rock Crest-Rock Glen as well as less famous examples located in small towns throughout the state.

February 16: Tour #1 – The Meier House, designed by Frank Lloyd Wright, Monona, Iowa
– Virtual tour of the Meier House, the only Iowa example of the American System-Built House designed by Frank Lloyd Wright. Join homeowners Jason Loper and Michael Schreiber as they explain their fascinating stories of finding and restoring this beautiful home. Motivated by Wright’s lifelong interest in affordable housing, he designed these homes between 1911 – 1917. The tour will be followed by a Q&A with the homeowners, our instructors and attendees.

February 23: Tour #2 & #3 – The Schneider House and The Page House, designed by Walter Burley Griffin, Mason City, Iowa – Virtual tours of both the Schneider House and the Page House in the Rock Crest-Rock Glen development in Mason City, the first planned Prairie School development in America. Homeowners Tim & Joan Platz and Gary & Anne Schmit will take you through their amazing homes and afterwards you can ask them questions and join in the discussion with other attendees and class instructors. Find out how you can dig deeper into the Prairie School architectural legacy of Mason City.

This is a fundraiser for Iowa Architectural Foundation to help us persevere through the Covid period with our mission: “To inspire an appreciation of architecture and design through educational programming for adults and students.”

Class Instructors
Paula Mohr, PhD Paula is the Certified Local Government Coordinator and Architectural Historian for the State Historic Preservation Office (SHPO). She is an alumna of the University of Iowa, the Cooperstown Graduate Program in Museum Studies and the University of Virginia, where she earned her Ph.D. in architectural history. She has held curatorial and preservation positions at the National Trust for Historic Preservation, the White House and the National Park Service. In 2018 The National Alliance of Preservation Commissions awarded Paula with the Renaud Award, a lifetime achievement” award that recognizes trailblazers in the advancement of preservation at the local level.

Ryan Ellsworth, AIA Ryan is a licensed architect with Estes Construction. He has practiced in New York, Chicago and Des Moines. Ryan is on the Board of Trustees of the Iowa Architectural Foundation. He is one of IAF’s most active volunteers, serving as a guide for corporate and organizational tours and Architecture on the Move summer walking tours of downtown Des Moines. Ryan was the champion of IAF’s motor coach tour to Dubuque in 2019.

The Meier House contains a total of 38 windows, most of which still open and close, although some need a little encouragement from a rubber mallet. We can attribute the excellent condition of these 100-year-old wooden casement windows to the dedicated restoration efforts of Becky and Peter Olafsen. For our part, we have diligently been carrying on the care of the windows by tending to them each spring and fall. We oil the hinges and window stays, and carefully clean the glass twice each season.

Although inner “storm” windows and screens were not specified in the original plans for our Model M202 American System-Built Home, not long ago we discovered a few original interior screens in the attic of the new garage. We’ve seen a few variations on such screens in other ASBHs we have visited, although we have been unable to conclude whether a variety of screens was made available depending upon the model of ASBH a homeowner purchased, or if weatherproofing was left to individual owners to determine. Apart from the sun porch windows, newer protective inner glass windows are installed with each of the Meier House’s outer windows, along with a large selection of interior screens with numbered tags or handwritten notations indicating their placement throughout the house. We have not been able to verify which owner built these inner inserts, but given Delbert Meier’s penchant for woodworking, there is a strong possibility that he added some or all of the interior windows himself. In stripping paint from these windows, however, we have discovered that some storm windows and screens are newer than others, leading us to believe that some were rebuilt or replaced by succeeding owners as time and weather deteriorated the originals.

This post is an excerpt from our forthcoming book, This American House: Frank Lloyd Wright’s Meier House and the American System-Built Homes, coming from Pomegranate Communications July 2021. 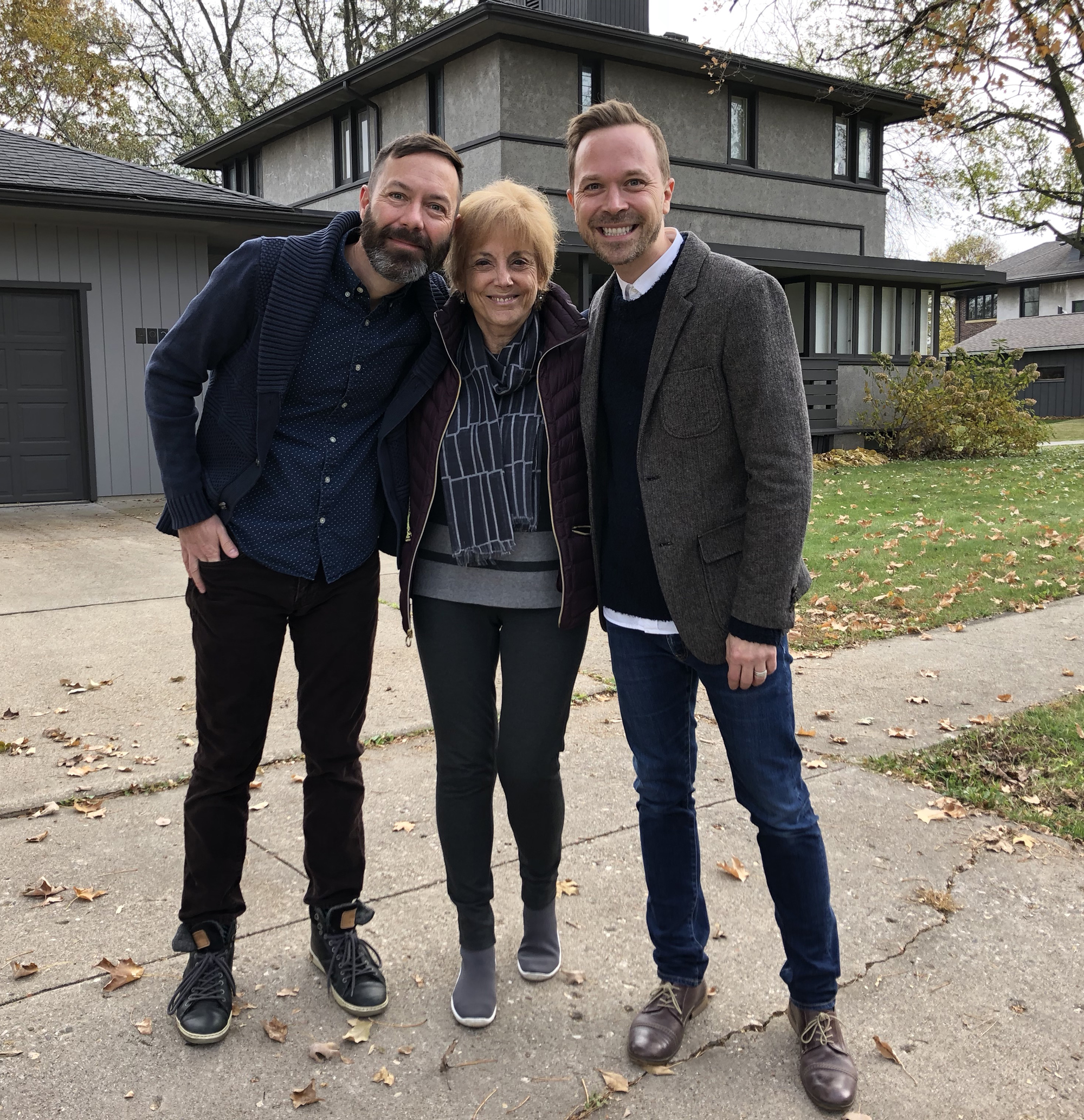 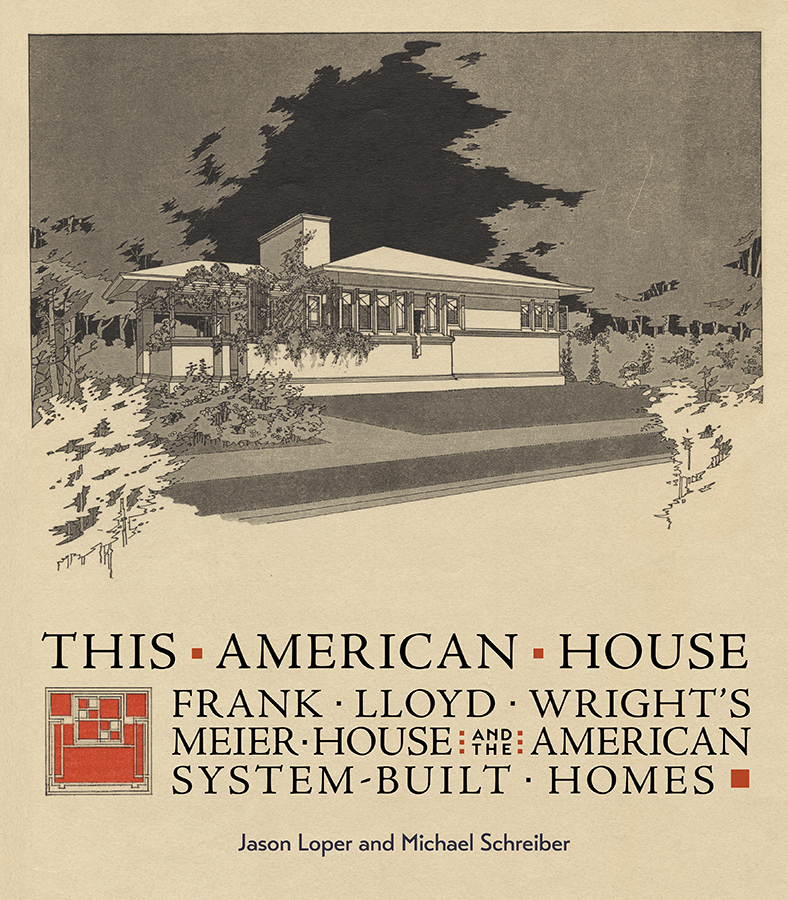