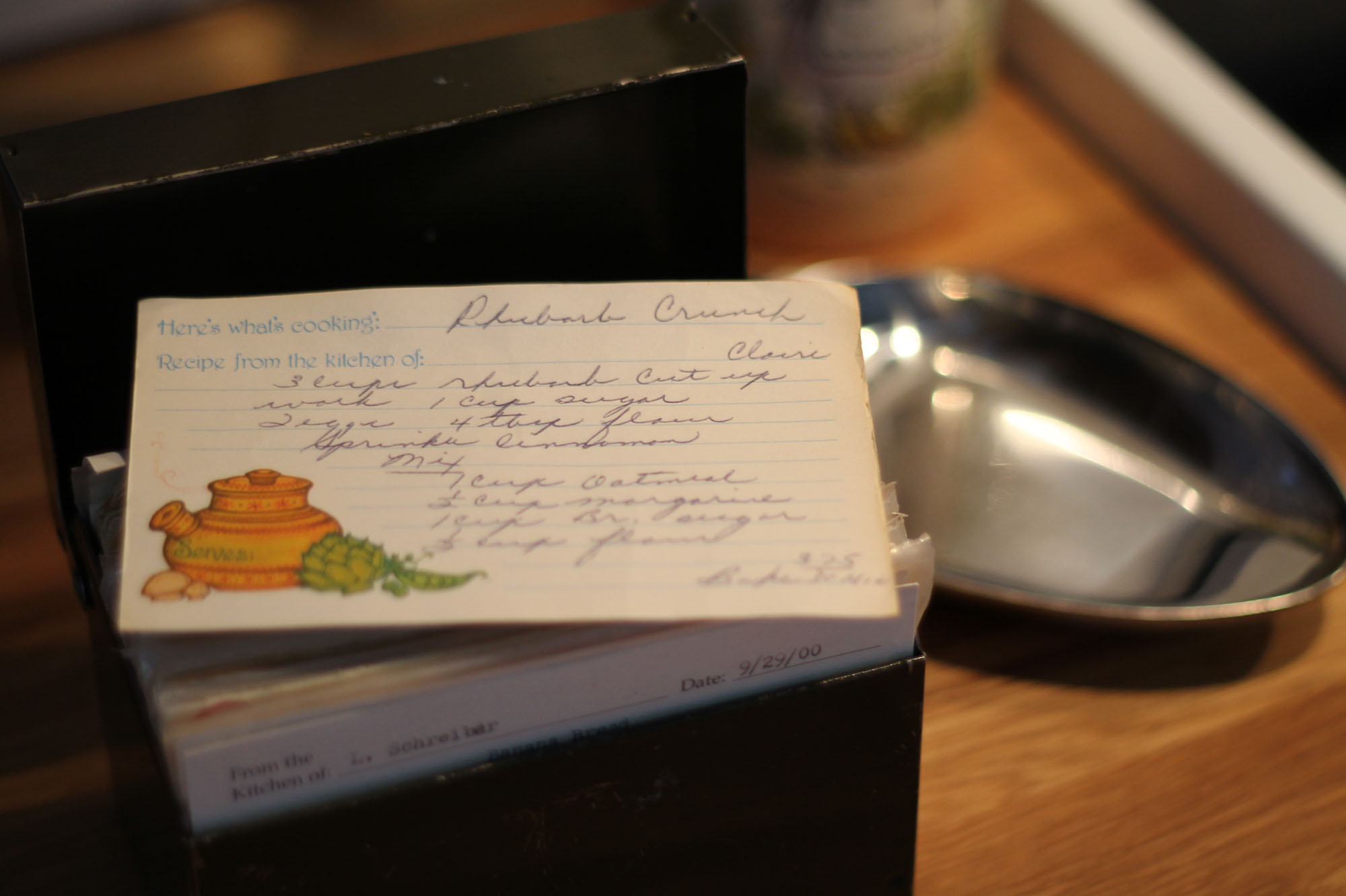 I dug up the fledgling little plant and plopped it in a corner of the garden. Joan was right. Rhubarb is an easy plant that will thrive anywhere you put it. By the end of that summer I was able to get a few mature stalks off the plant. And we’ve had rhubarb ever since.

I may not have been able to recognize rhubarb in the wild, but I had bought enough of the red stalks at farmers markets over the years to know that it was one of The Mister’s favorites. Having a plant in the garden has been a wonderful addition to our lives … and waistlines. And since it’s an early plant, springing to life and offering mature stalks that are ready to cut by the end of May, when we’re just planting the rest of the garden, it’s a nice way to kick off the growing season.

And so every Memorial Day weekend I pull out my mother-in-law’s recipe box and make The Mister his favorite dessert, rhubarb crunch. 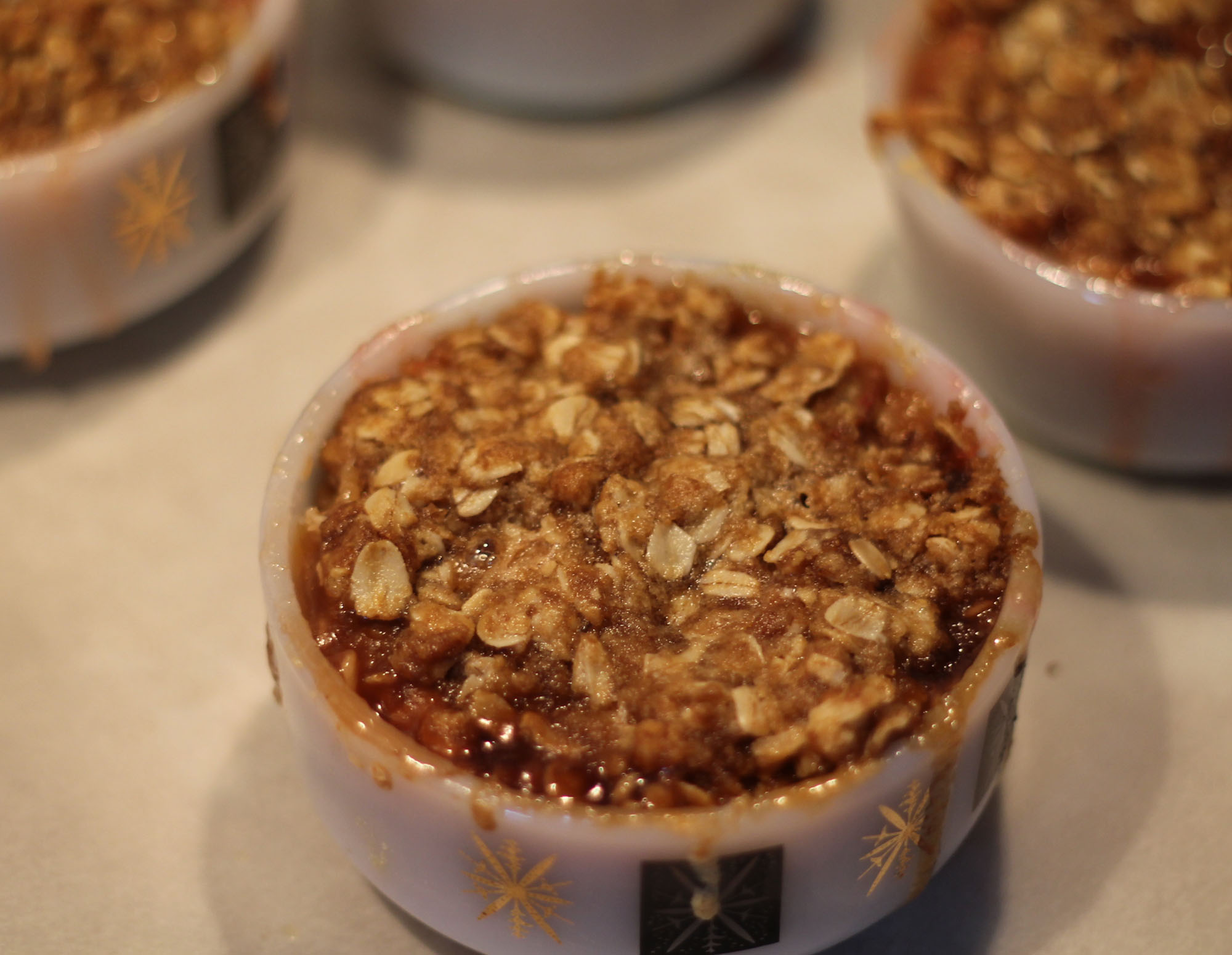 Mix above in a large bowl and then pour into a greased dish. (Lately, I’ve been making the crunch in smaller dishes or ramekins. That means that everyone gets some of the extra crunchy edges – arguably the best part!)

Mix the above ingredients and then spread atop the rhubarb mixture.