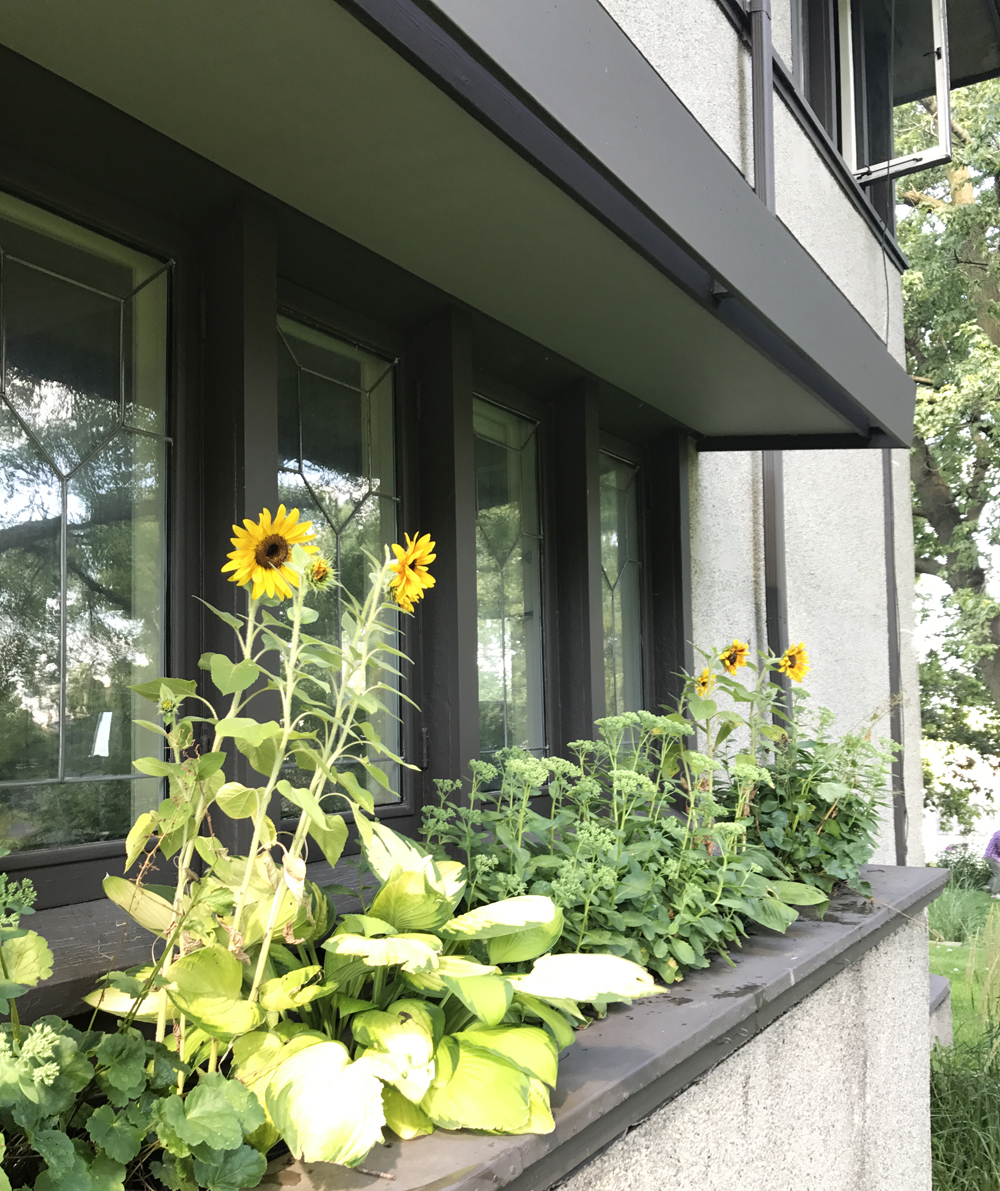 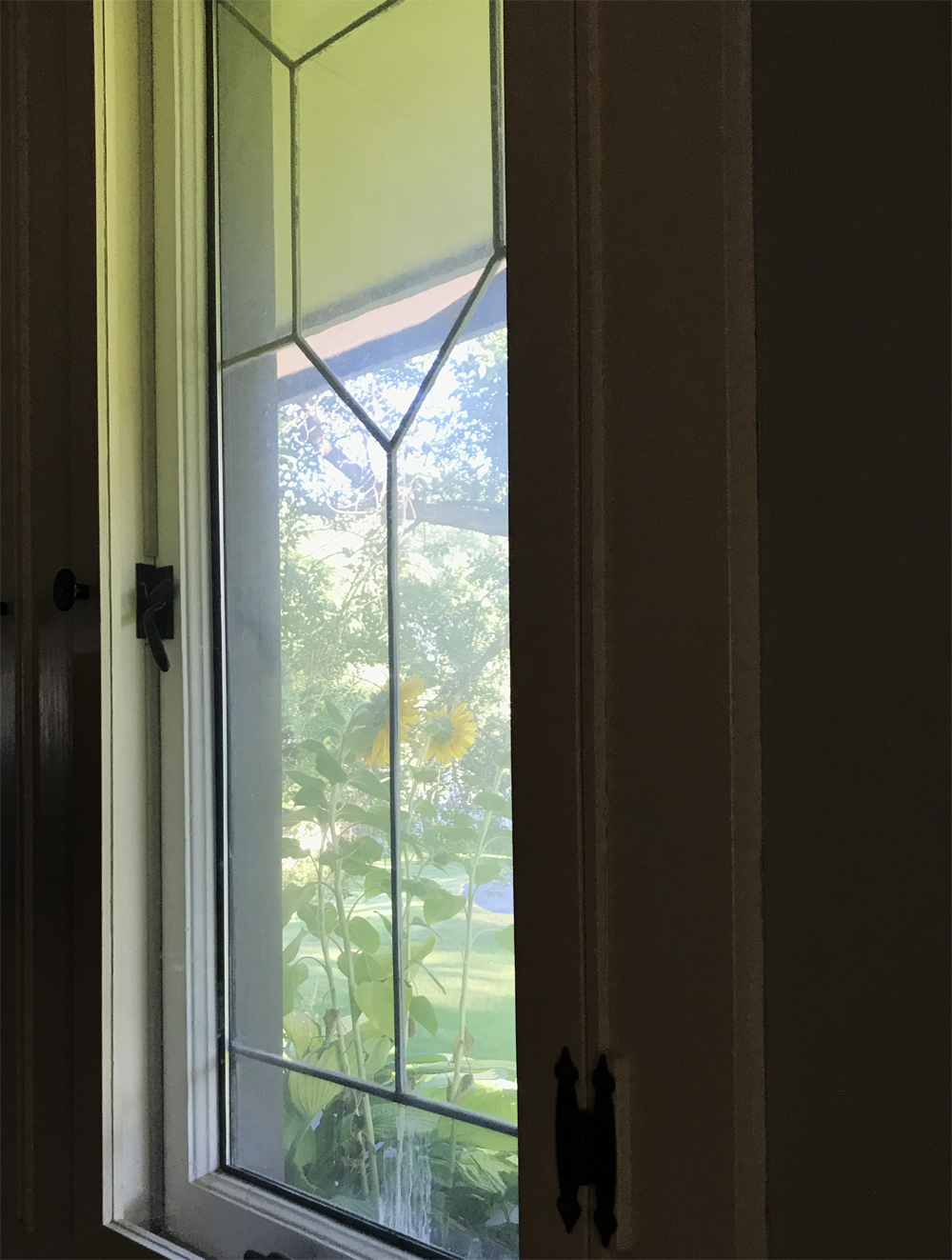 You see, the window box really only floods when the gutter and downspout are clogged. When that happens, rain flows off the roof like a waterfall and dumps the deluge into the window box. We were home during a particularly heavy rainstorm last summer and watched as the window box quickly filled with water. That was when I had a eureka moment. If only there was some way to free the clog in the downspout, we might be able to solve the waterfall issue. I went scavenging in the garage and workshop until I found a long hook – the kind that is used for hanging plants from a pole in the garden. During the heavy the rainstorm I reached out the bedroom window, hook in hand, and scraped the inside of the gutter. Suddenly there was a whoosh, followed by the sound of flowing water. I looked down at the ground and saw that a giant clump of maple leaves (the kind that we’ve always called helicopters for the way they spin through the air when they fall from the tree) had flowed down the spout and emptied onto the grass. The waterfall stopped, the window box stopped filling and I felt like the smartest man on the planet. 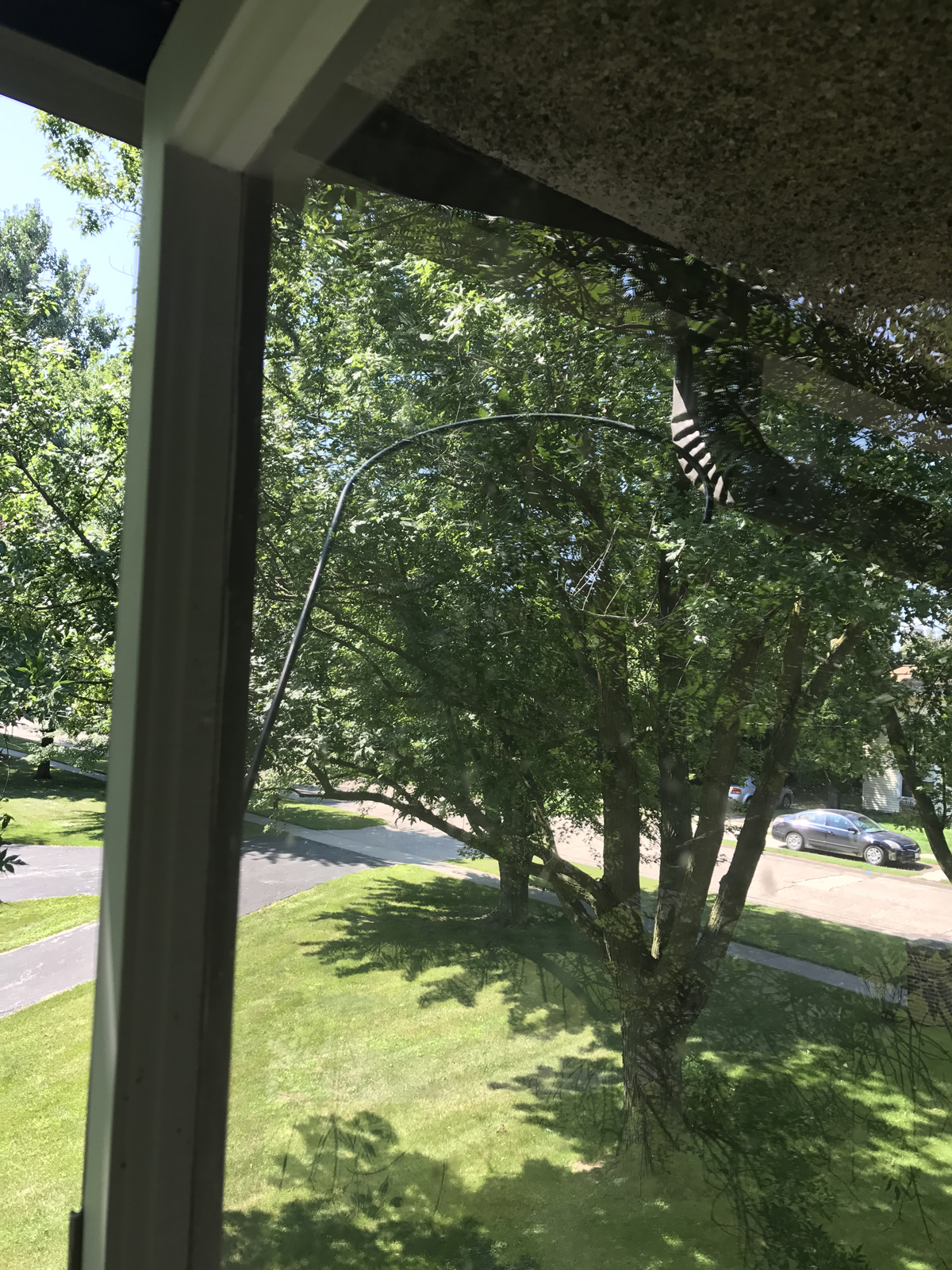 But that genius was short lived. By the early fall we were experiencing the same issue with a clogged downspout and soggy window box. As the big, mature trees, the ones we love for shading the house all summer, began shedding their leaves, the gutter and downspout clogged all over again.

When we first bought the house three years ago, I made all sorts of proclamations about not being afraid of climbing on the roof and getting on top of ladders to clean the windows. I’ve always been a bit of monkey and have never shied away from balancing on tops of ladders and other high places. And then I actually climbed a ladder to patch the roof of the belvedere. Standing there on the top of the pitched roof wasn’t so bad. In fact, the birds eye view of the yard was rather refreshing. But then I eased myself down the slope and there, looking out over the gutter and to the ground two stories below, that was when I got nervous. It was then that I knew that climbing on top of the Delbert Meier house was not for me! 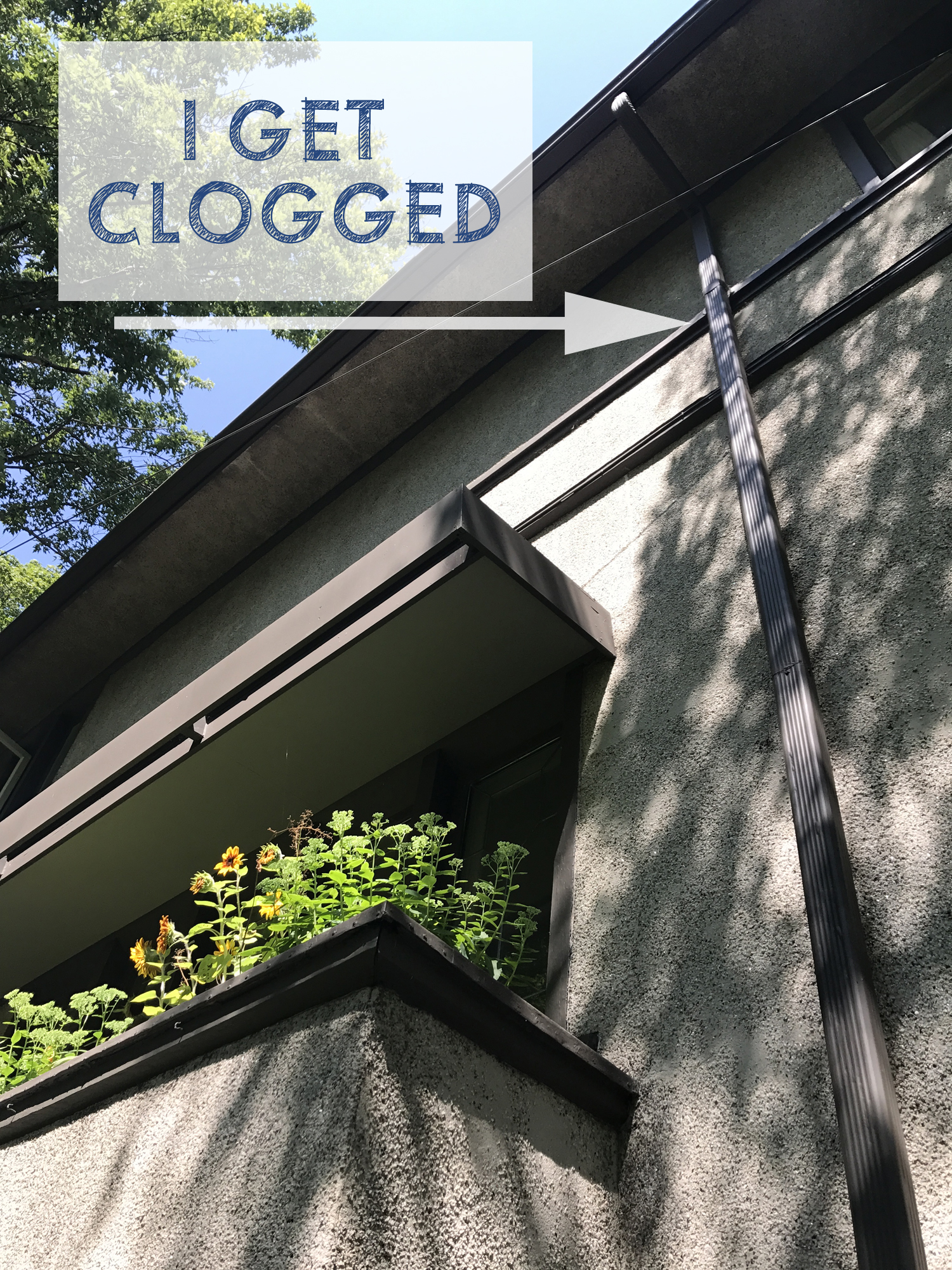 So this spring we searched around the area for a gutter cleaning service. At the risk of sounding like my grandfather, you just can’t find people to do that kind of work anymore. Oh, we found quite a few businesses that will replace our gutters or install gutter guards, but we came up empty when I called around in search of someone to simply clean them.

We’ve considered gutter guards but question whether they would block out the walnut leaves. In my experience those flat little leaves that twist their way down from the tree limbs have a way of working themselves into the smallest cracks and crevices. I’m concerned that the gutter guards will not block the leaves and we’ll still end up clogged butters. And with the guards in place we wouldn’t be able to access the gutters to clean them out.

In the meantime, we’ve been waiting around for another strong storm so we can use our hook to unplug the downspout again. The trick only works when there’s a really strong storm. The trick requires the rush of washer to force the clogged leaves down the spout.

And then I saw this video for the Gutter Clutter Buster. It’s basically a long tube that can be connected to a shop vac to vacuum out the gutters without climbing a ladder. In all honesty, I’m dubious about this tool’s effectiveness. In the video above they demonstrate using the tool on a single story house. I’m not convinced that using the tool with the number of attachments that it would take to reach the top of our big, old vintage house would be as effective.

And so the question remains: guard or suck? Which will be the solution to our clogged gutter problem?