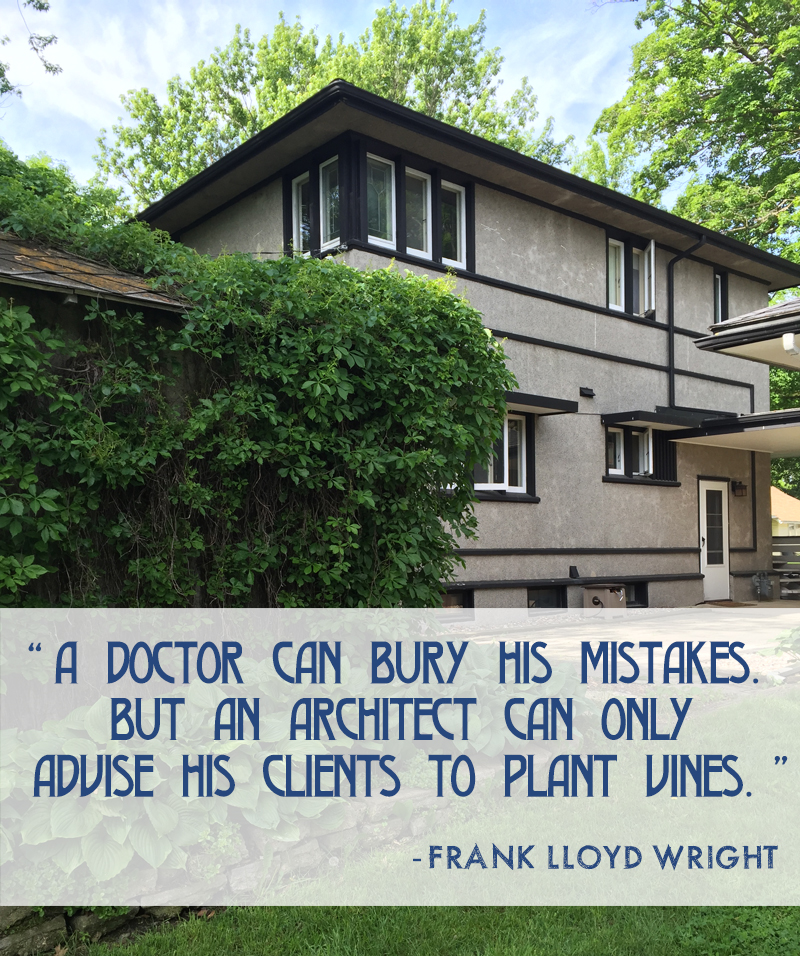 It’s been said that Frank Lloyd Wright hated garages. And, in fact, the American System Built Home designs did not include blueprints for garages. Of course, these designs were produced during the 1910’s, so garages were probably not deemed nearly as important as they would eventually become.

And yet when Delbert and Grace Meier built their American System Built Home, they also built a garage. At some point the original garage was decommissioned and a new garage, along with a roofline extension, was added. The old garage now serves as our carriage house – used for storing firewood and as a summer hangout space. That the old garage is covered in a thick layer of lush, green vines would probably please Mr. Wright. As he famously stated in the quote above, vines are the only way architects can cover their mistakes.

It’s been suggested that we try to remove the vines from the old carriage house. It’s a suggestion that we will not heed. We love the vines on the old carriage house – they way they cover the worn stucco and add a lushness to the space in the summer months. We’ve actually considered adding vines to the new garage extension which, in our opinions, is the much more unsightly building.