Before & After: Painting the Outside Trim & Windows 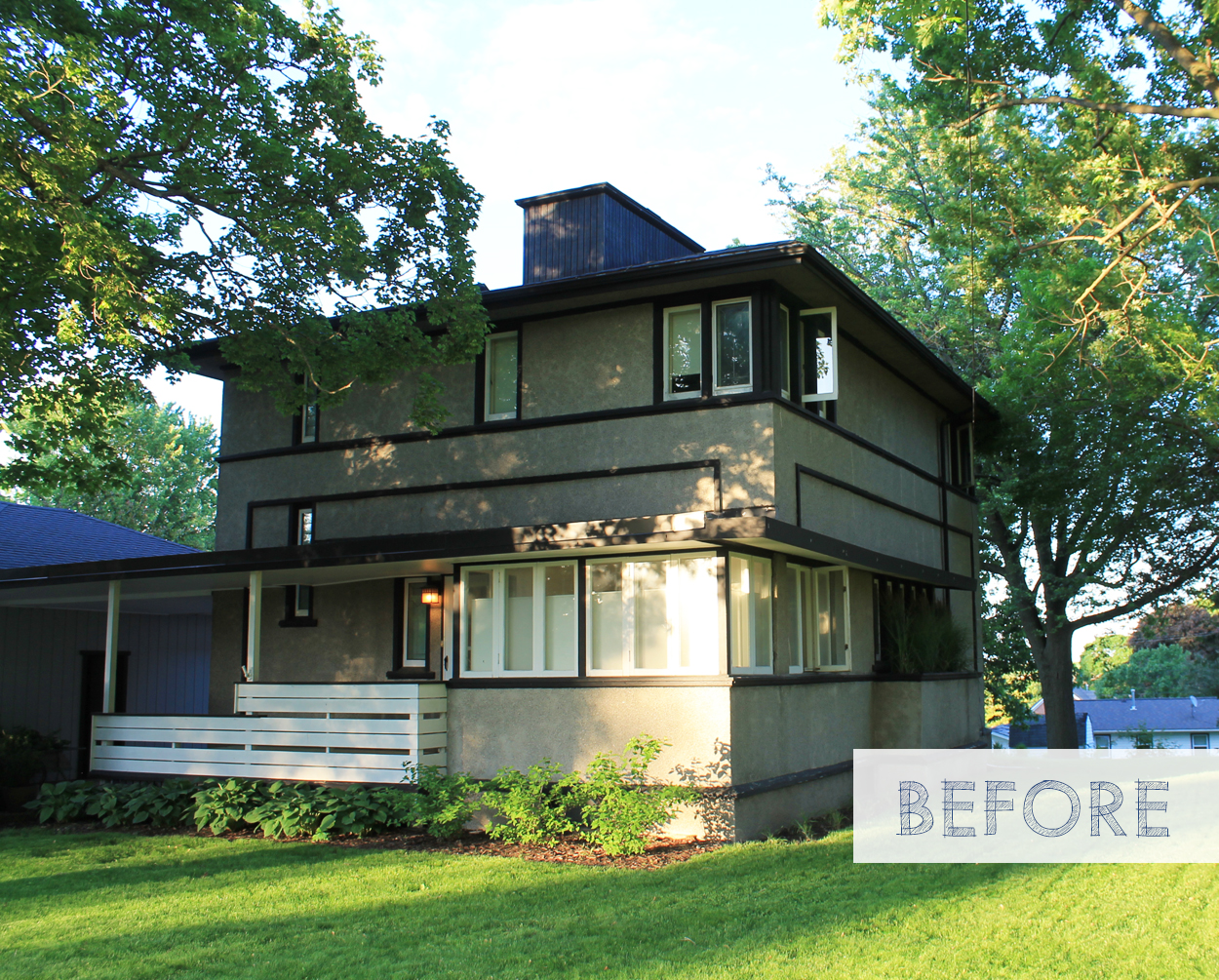 Painting the exterior trim and windows on the house is the biggest job we’ve undertaken so far. It was its daunting nature that led to us putting off the job a little longer that we should have. That, and we had a hard time selecting a color. Finally, we could put it off no longer. The paint on the trim on the south side of the house had worn away completely, leaving the wood exposed to the elements. So this summer we finally took the leap and painted the trim and windows. And now that it’s done, I can’t believe we waited so long! It looks like a whole new house!

Choosing a color for the trim was the hard part. As I noted in a previous post, we thought that Cherokee Red was going to be THE color for the house. But after using PhotoShop to “paint” all the trim – including the new addition – in the rusty red color, it felt a little too bold. So we went back to the drawing board … literally! I put a couple more colors through the Photoshop machine until we found one that would work on the house. 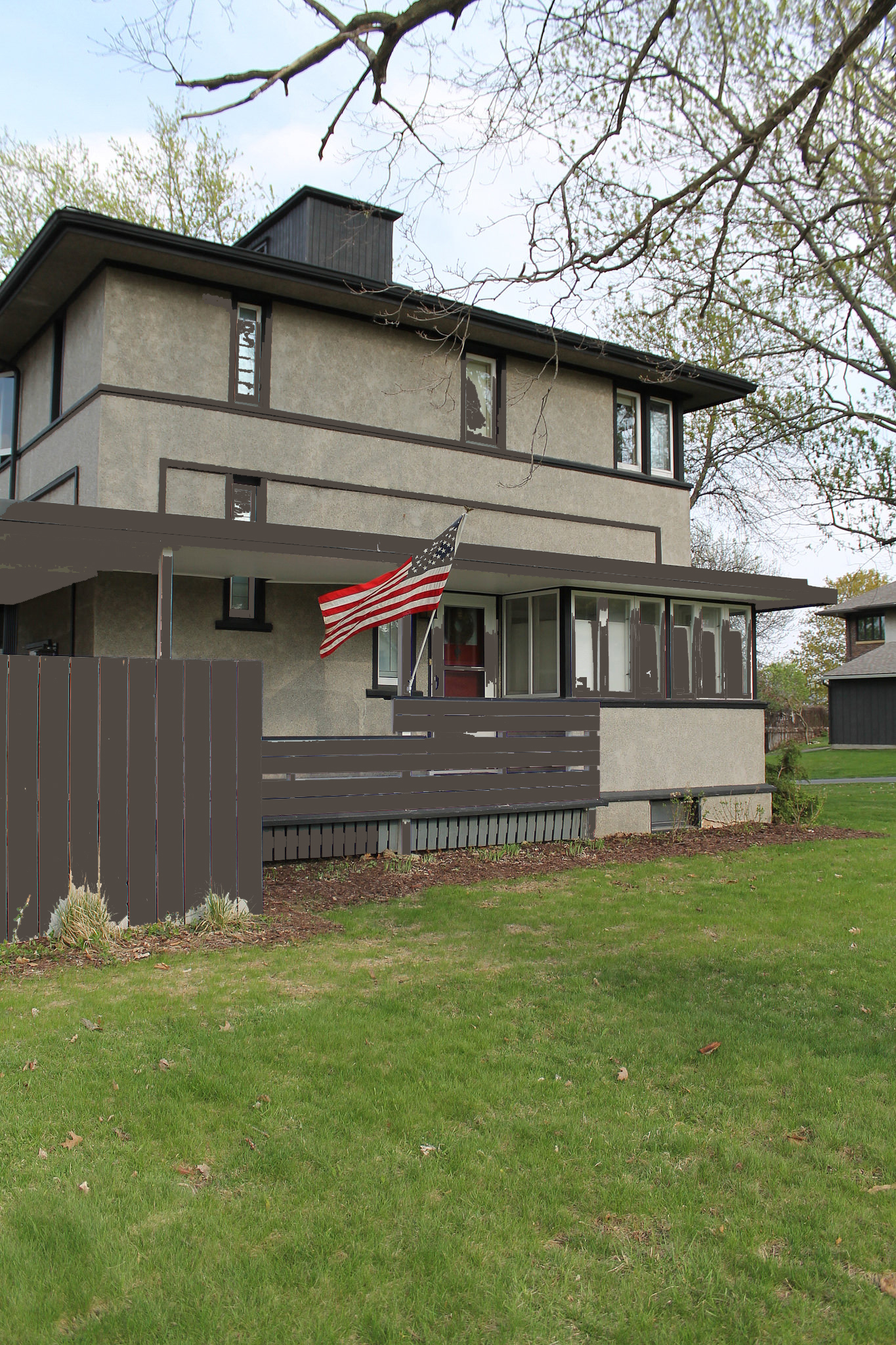 We knew that we wanted to paint all the trim – including the windows and the newer porch extension and little fence – in one solid color. While red seemed like too much, this deep brown seemed just right. The color looks good with the original pebble dash stucco and helps the porch look a little more organic to the structure of the building. Ladies and gentlemen, we have a winner! 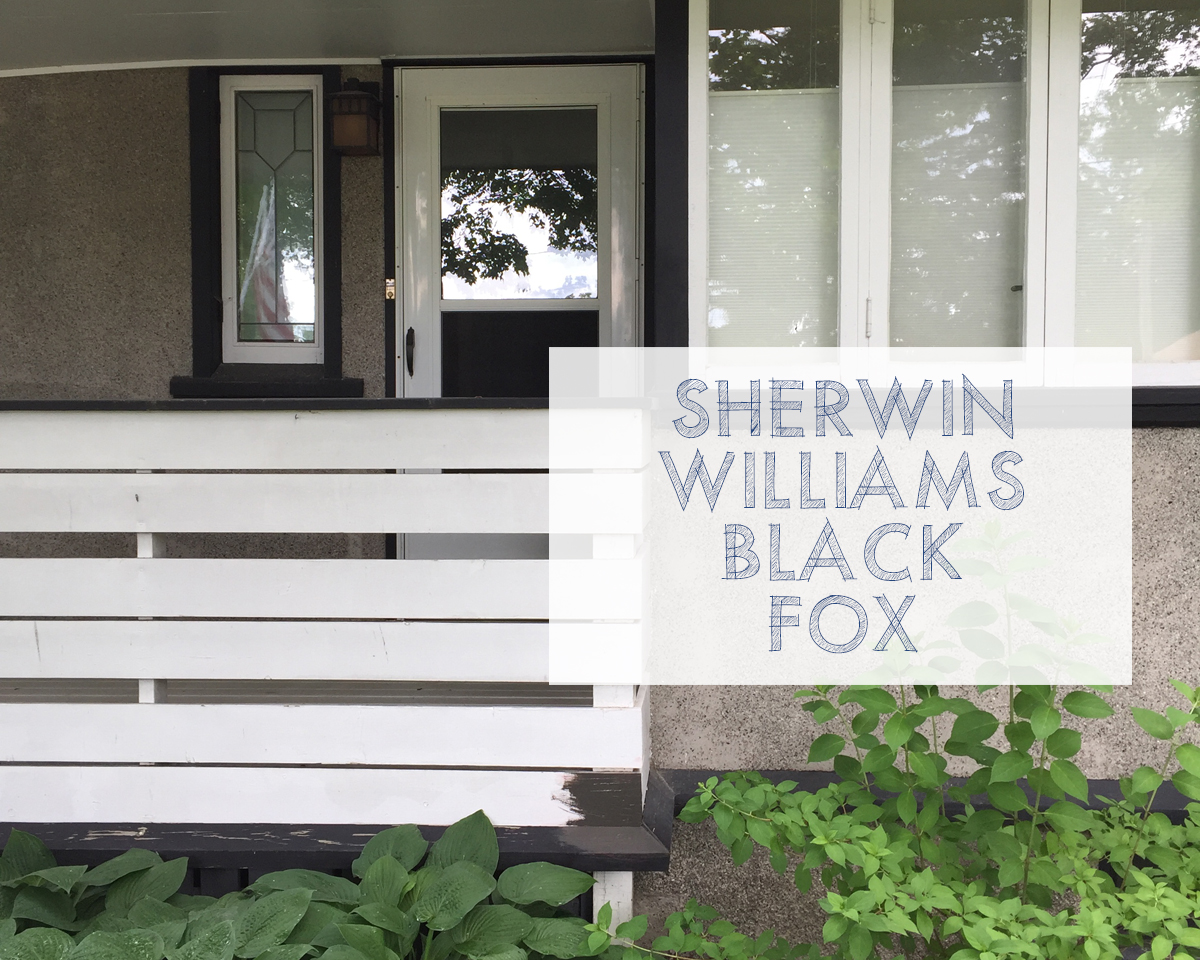 I give you Sherwin Williams’ Black Fox. It’s a little brown, a little black and a little gray. In the right sunlight it almost has a deep copper tone. And in still other light it’s more blackish.

Great, so we chose a color. Now, the real work. I had fooled myself into thinking that we would paint the house ourselves. I actually like manual labor and there’s nothing more satisfying than looking at a job you’ve just finished and knowing that you did it with your own two hands. Then I climbed on the roof to fix the belvedere last summer and quickly realized that there was no way in hell we were going to paint this house ourselves. Those second floor windows and gutters are really high off the ground, people! And no amount of DIY satisfaction is worth falling from a great height. So we hired out the house painting. Three words, folks: money well spent. 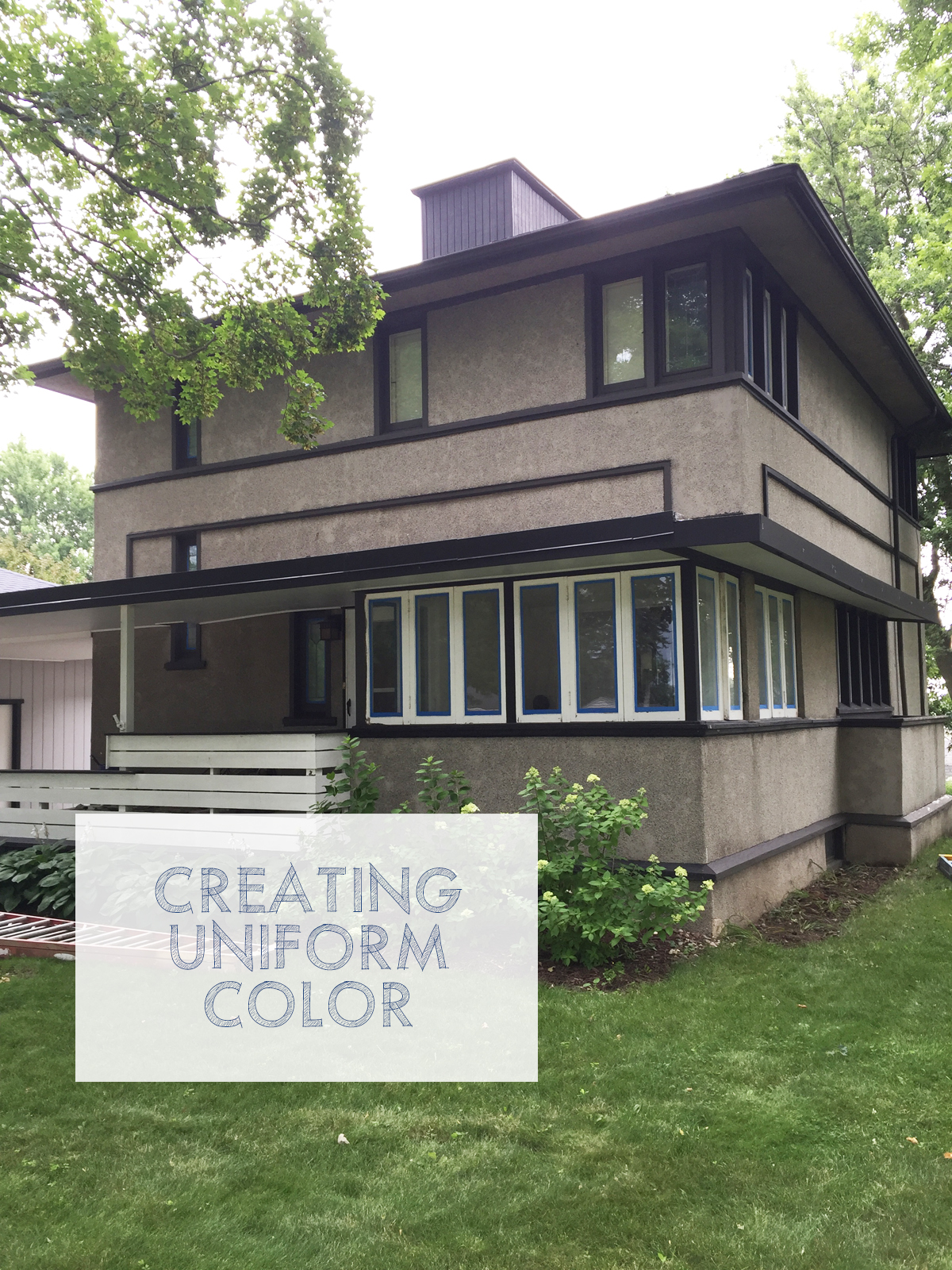 From the minute the house painter started painting the windows, we knew we were headed in the right direction. Whereas there had been three colors on the house – black trim, white windows and porch and gray garage and fence – we hoped painting everything the same color would create some consistency. In my opinion, we’ve succeeded. 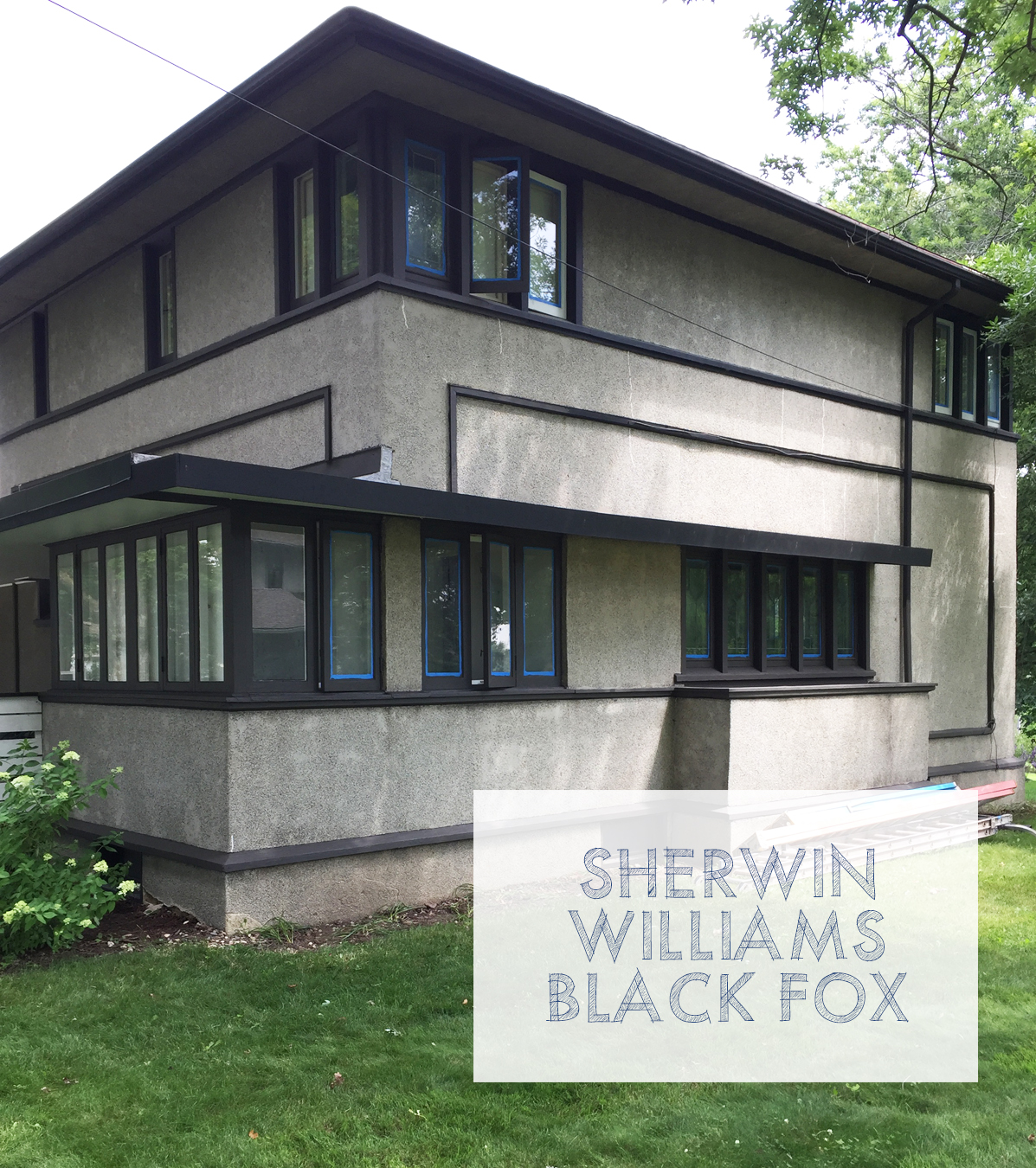 I cannot stress enough how happy we are that we hired a house painter for this job. The week that the painter was scheduled for our house was one of the hottest and wettest of the summer. It was so hot and humid, in fact, that the painter had to delay the work because the coats were slow to dry. And whereas we would have had to rely on ladders to reach the second floor windows and gutters, the painter had his own bucket truck for reaching the top of the house. 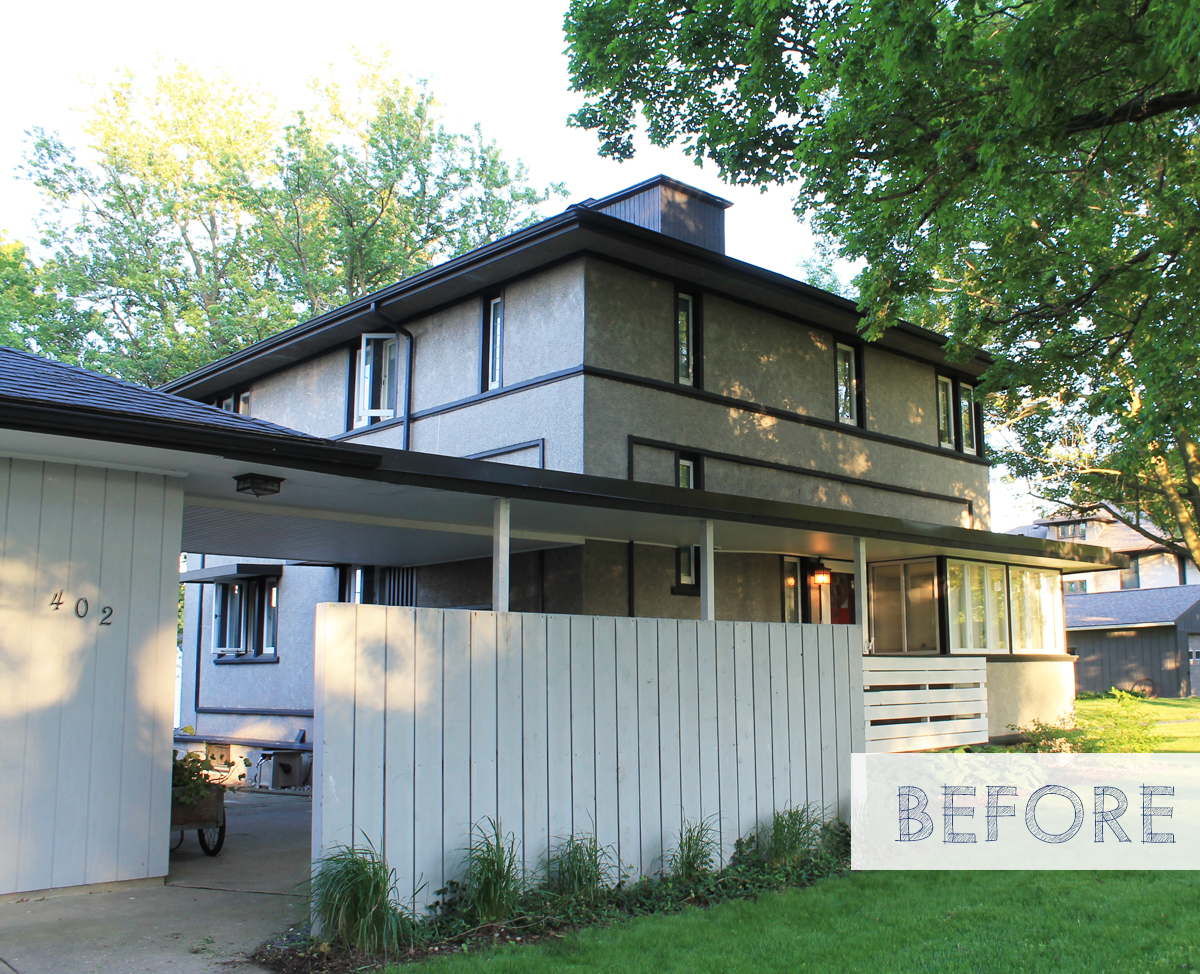 Here’s another reminder of what the house looked like – black trim, white windows and gray fence. 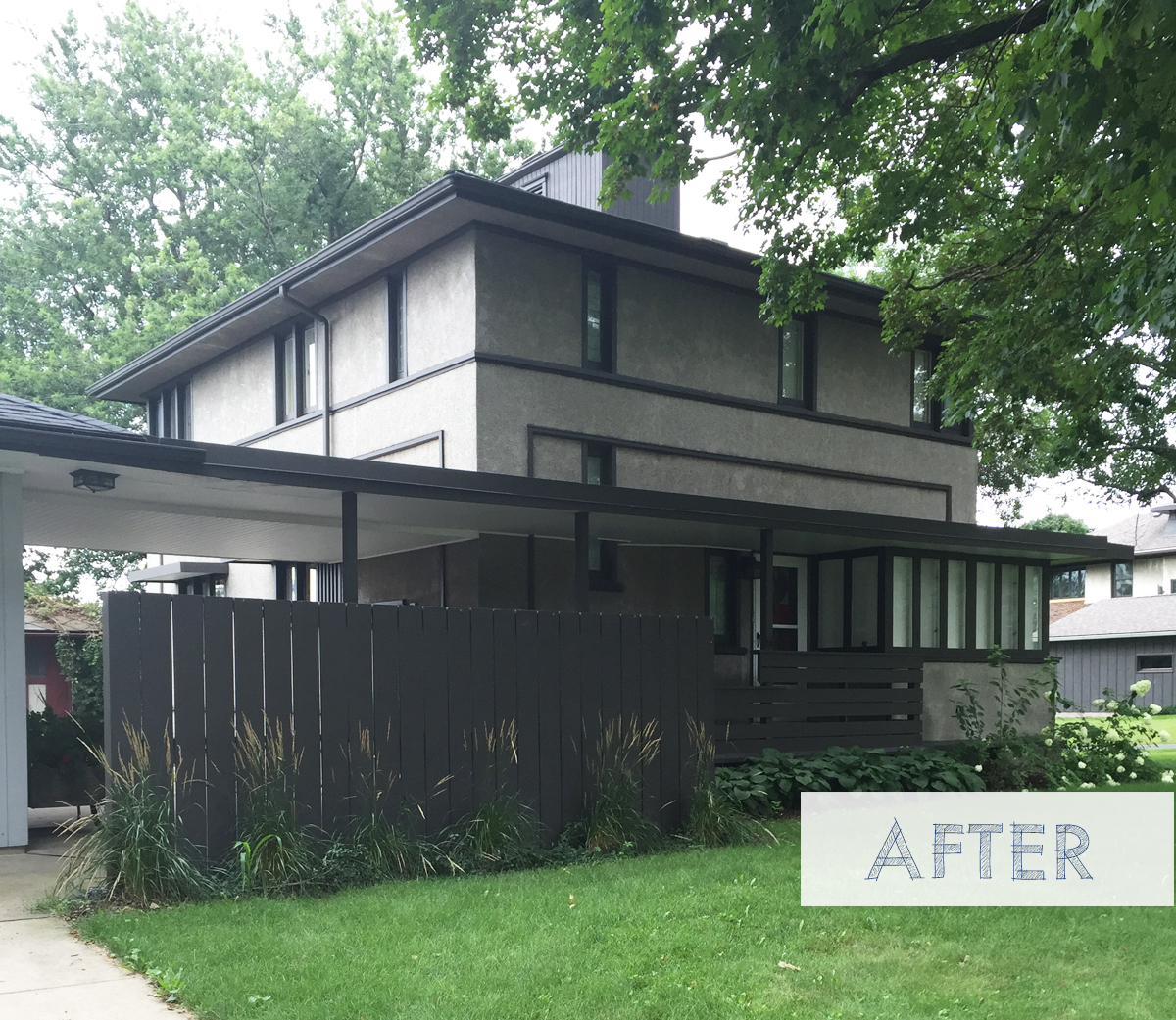 And here it is after everything was painted one consistent color. Much better, right?

But we’re not done yet! While we DID hire a painter to do the house, we chose to paint the garage ourselves. I’ll save that for separate post but rest assured that halfway through the job we were kicking ourselves for not hiring out the entire job!

Before & After: The $10 Replacement for Ugly Light Fixtures
GOODBYE BOOB LIGHTS