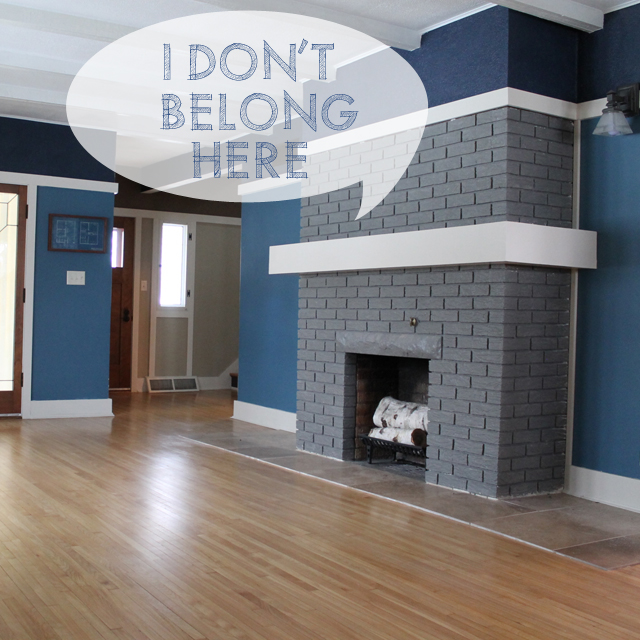 One night last winter, in what can only be described as a fit of exhaustion and after a long day of travel, I announced that it was time to remove the mantel.

And so armed with a flat head screwdriver and a hammer, we started prying the trim pieces from around the mantel.

“This will be easy,” I promised The Mister. “The mantel is a hollow box that is mounted on the fireplace. I’m sure it’ll just pop right off.” 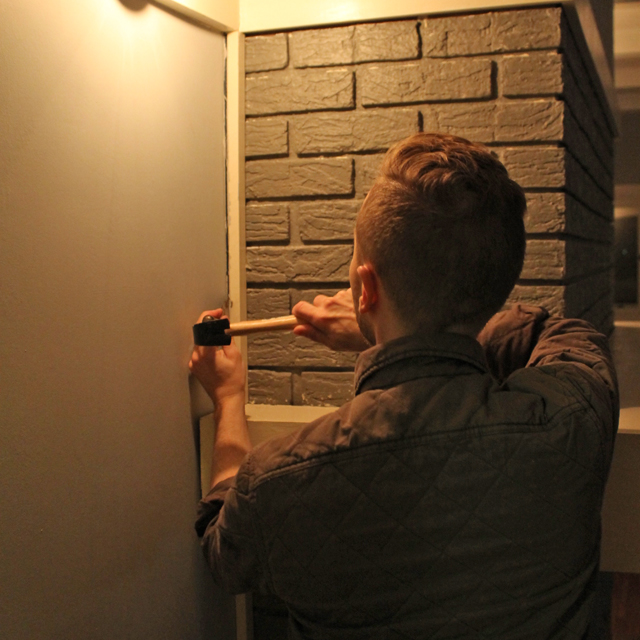 Then we heaved and huffed and even pounded the mantel with a mallet. I assumed that the mantel was simply “resting” on 2×4’s that were attached to the fireplace brick. And, in fact, it was. But it was also attached to those 2×4’s with screws or nails. The only problem was that we couldn’t see anywhere on the mantel where those screws had been inserted. 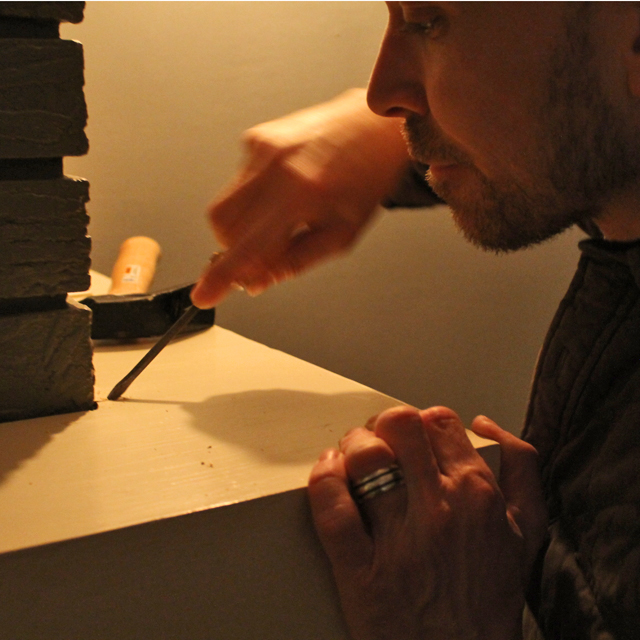 It became clear that we were going to have to cut into the mantel in order to remove it. But then there was the little matter of the electrical outlet that was embedded in the mantel. The live and don’t-know-where-the-wires-are-located electrical outlet.

“I don’t think we should do this on our own,” The Mister said.

I looked at the mantel and at the electrical outlet that was embedded in it and started to imagine the newspaper headlines. “Two charred bodies clutching a mantel removed from historic house in small town” it might say. 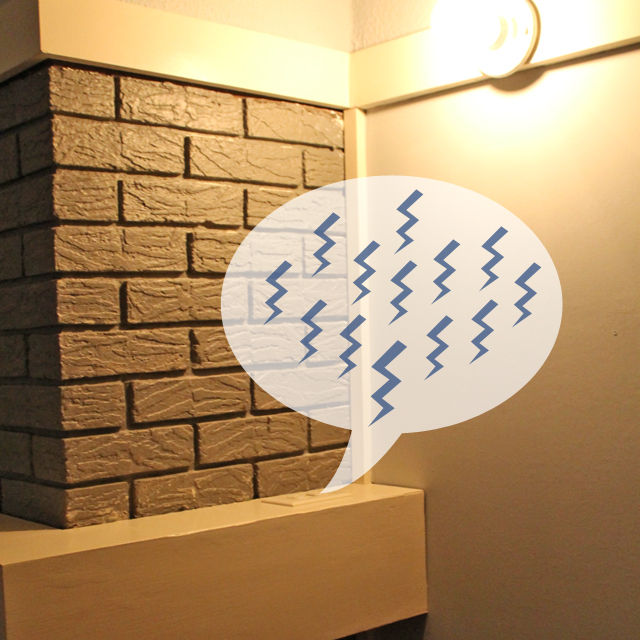 “Ugh, you’re probably right,” I conceded. “Let’s wait until we can get an electrician to deal with the outlet.”

Well, not only was the mantel recently removed with nary an electrocution, but we didn’t even have to do it ourselves!

While The Mister and I were on our East Coast adventure last week, my parents and one of my cousins stayed at the house. Their main job while staying at the house was to keep the cat company. Much to our delight they also worked on a number of house projects while we were away. When we pulled up to the house and opened the garage door at the end of our road trip we were greeted by this wonderful sight: 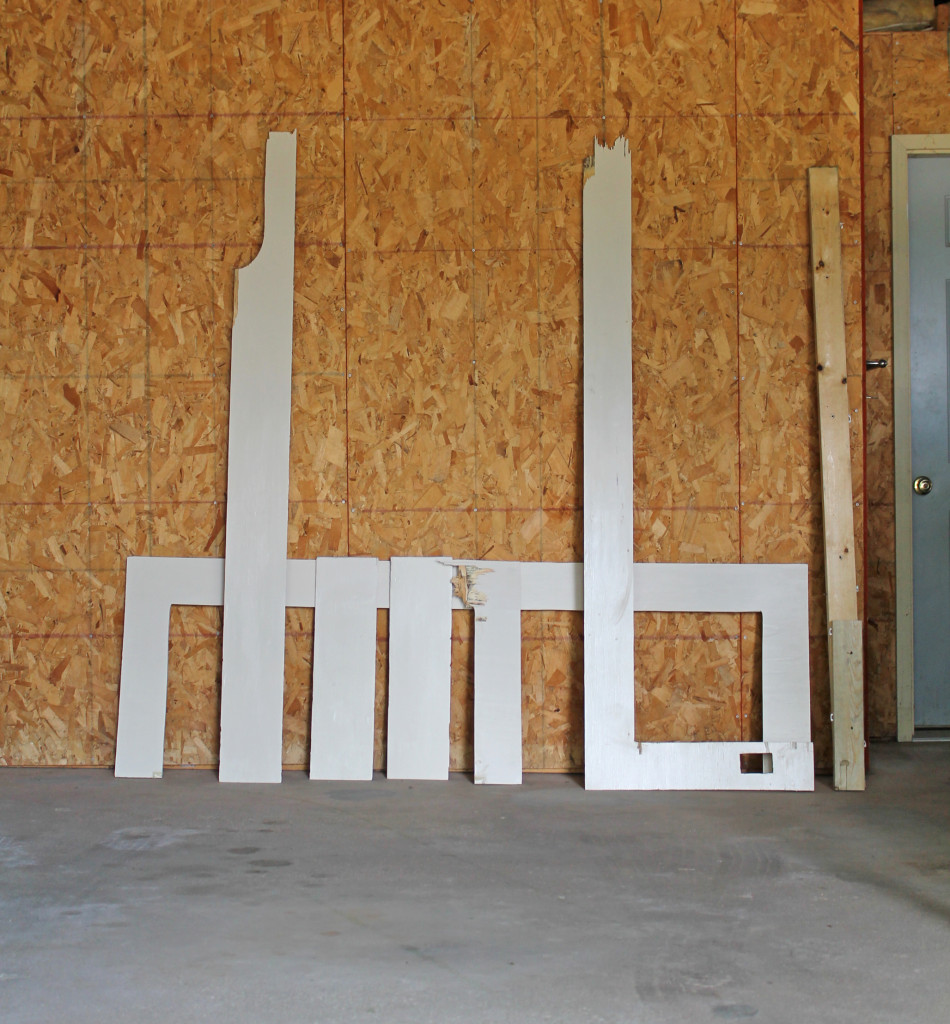 The disassembled mantel was a sight to behold but the real excitement was coming into the house and seeing the fireplace in all its mantel-less glory. 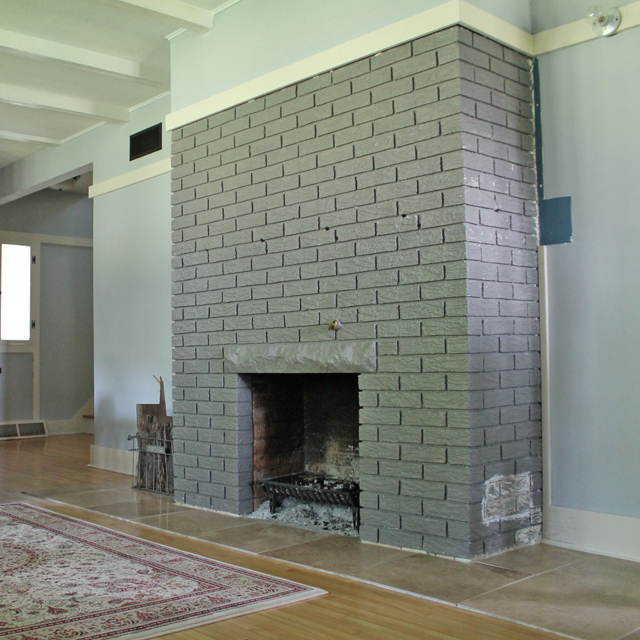 Now THIS is how the fireplace in an American System Built home should look. In fact, when were in New York we were able to look at the original plans for the house and learned that the fireplace would have looked just like this. Well, except for the paint. We’re still trying to figure out what we can do about that. Stripping the paint from the brick is going to be a massive undertaking so we might be stuck with repainting it. But the mantel is gone and the fireplace is free! Hurrah! 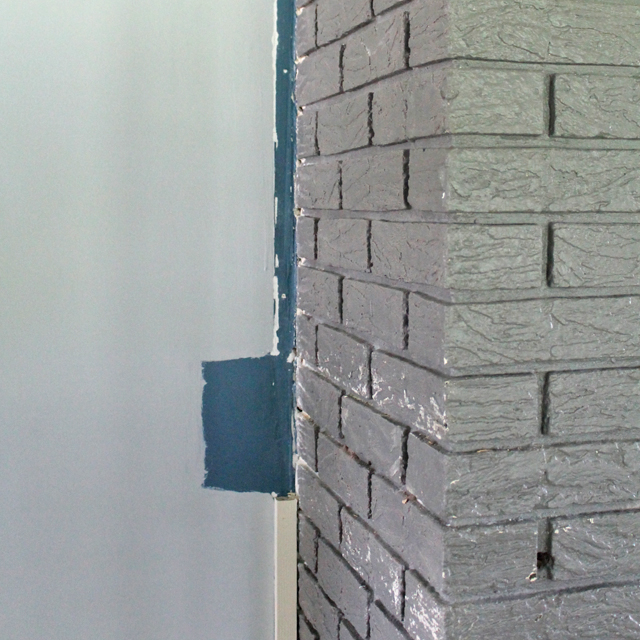 In the meantime, we’ll need to go back and patch the wall paint and also the many holes that have been drilled into the mortar of the fireplace. Baby steps, people. Baby steps.

It’s Time to Pass the Meier House to New Stewards

Which Throne Will We Own? Shopping for a New Toilet