We Found Our Affordable American-Made Sofa!
WELCOME TO THE DREAM HOUSE, ENGLAND SOFA 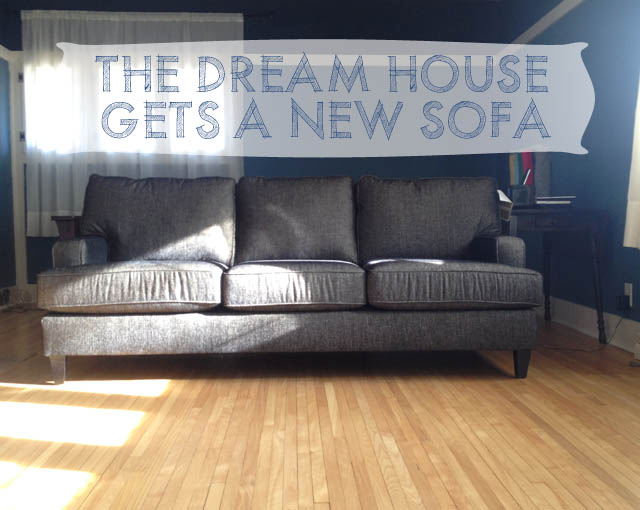 One of my first posts here on the blog was about our search for an American-made sofa for the Dream House. We’re trying to decorate the house with mostly secondhand goods, but we decided to splurge on a brand new sofa (and mattresses, too).  After toying with spending way more than our budget would allow, I stumbled upon a sofa in a local furniture store one weekend day. The sofa was not only in our price range (under budget even!), it was made in the United States. Sold!

Like I said, I was just about to pull the trigger on a sofa that was way more than we could afford. We were tired of our empty, echoing living room and the sofa I was about to order was made in the States and could be delivered within two weeks. Every time I was about to hit the buy it button, I would stop myself. We really do need to keep our expenses low here. 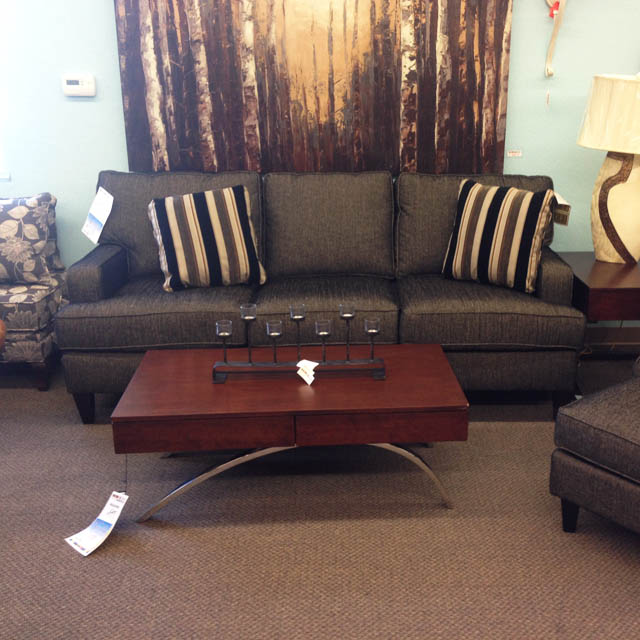 And then one sunny Saturday I walked into a furniture store in a nearby town and found a perfectly suitable sofa that came in under our budget. Actually, I didn’t think I’d actually find anything that would work in the Dream House at this store, but I had the time to kill that afternoon so what the hell. I did a quick loop around the store, quickly disregarding most of the sofas for being either out of our price range or not our style … or both. And then, at the end of my first lap around the store, I saw THE sofa. Simple square lines, dark fabric, no fussy skirt or other feminine touches, basic square feet … it was everything we had been looking for! When I asked what we’d be looking at in terms of delivery, they said they’d have it to the Dream House that afternoon. I was still hesitating a bit when I learned that the sofa was made in Tennessee. That was all I needed to hear. I handed over the credit card and rushed home to await delivery. 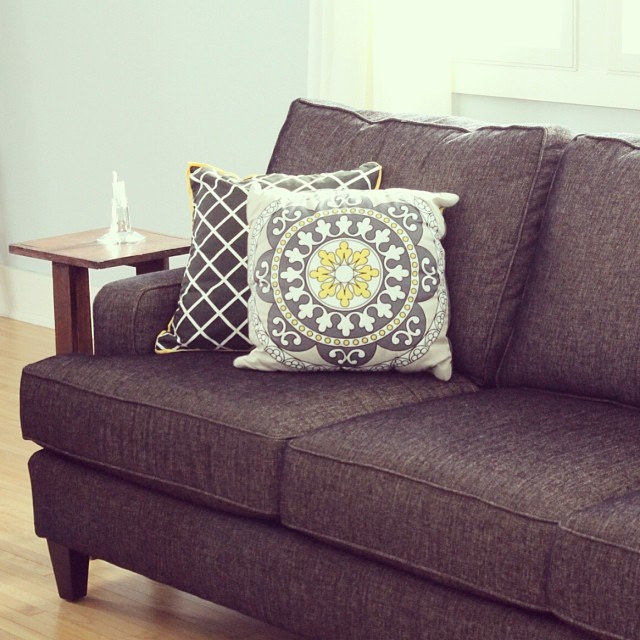 The sofa was made by England Furniture. Despite their name, England has been making furniture in Tennessee since 1964. In 1995, England became part of the La-Z-Boy brand. We’ve been using the sofa for about a month now and we’re pleased with the quality so far. It’s definitely a budget sofa. I mean, it’s nice and all but there’s no mistaking it for an heirloom quality piece of furniture. Still, for the same price as something from IKEA, I’m pleased – especially since, unlike IKEA’s furniture, I know where this sofa was made and under what conditions.

The fabric is a dark gray that almost has the appearance of denim or men’s suiting. This keeps the sofa looking casual and masculine, which is what I was looking for. I wanted sofa with plain straight lines that feels easy and casual. I think I’ve succeeded … and for less than I was hoping!

Beside My Bed: What I Keep on My Bedside Table

How We Work With What We Have: <br>Our Makeshift Life at the Dream House