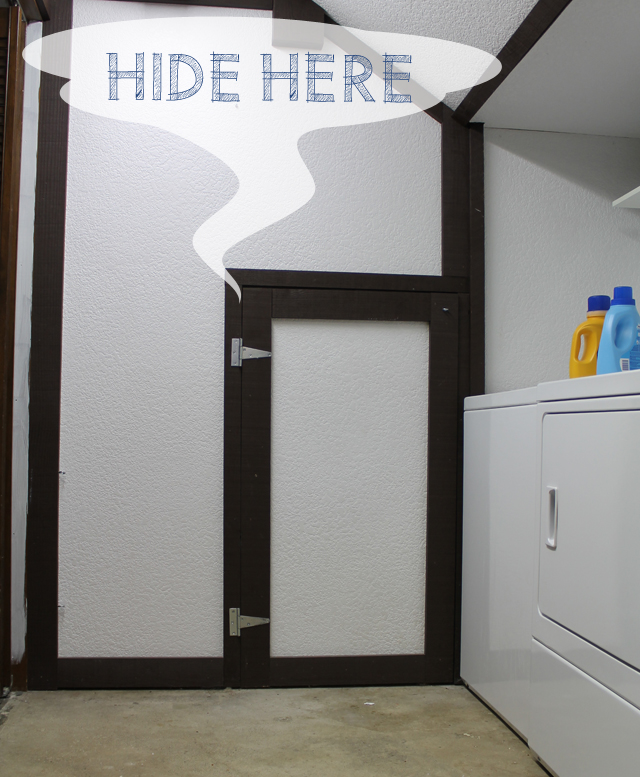 As the wind howled outside the Dream House last night, I had a flashback to my youth in rural Indiana and Ohio. Tornado watches and warnings were a common occurrence along the flat landscape in that part of the Midwest. And they scared the hell out of me! When I moved to the city seventeen years ago, I knew that I had pretty much evaded twisters. After all, in the city you’re far more likely to have your iPhone stolen on the subway than to experience a tornado. Now that we’re back in the rural Midwest, I’m reminded that knowing what to do in the event of a tornado is not a bad idea.

According to Ready.gov, if you’re in a building during a tornado you should do the following:

“Go to a pre-designated area such as a safe room, basement, storm cellar, or the lowest building level. If there is no basement, go to the center of a small interior room on the lowest level (closet, interior hallway) away from corners, windows, doors, and outside walls. Put as many walls as possible between you and the outside. Get under a sturdy table and use your arms to protect your head and neck.”

You see this little closet? It’s where the water softener lives. It’s located in a corner of the basement that is far away from windows. And it’s totally where we plan to go in the event of a tornado.

There’s a big flashlight within a few feet of this closet that we’ll be able to grab on the way to our hideout. All we need now is an emergency radio and a big jug of water and we’ll be prepared for an emergency.

Do you have a tornado plan? Check out the tornado preparedness section of Ready.gov for more tips on preparing for the worst.

Slow Down You Move Too Fast: On Turning Off & Tuning Out