Welcome to the Club Part 2: It Could Be Worse 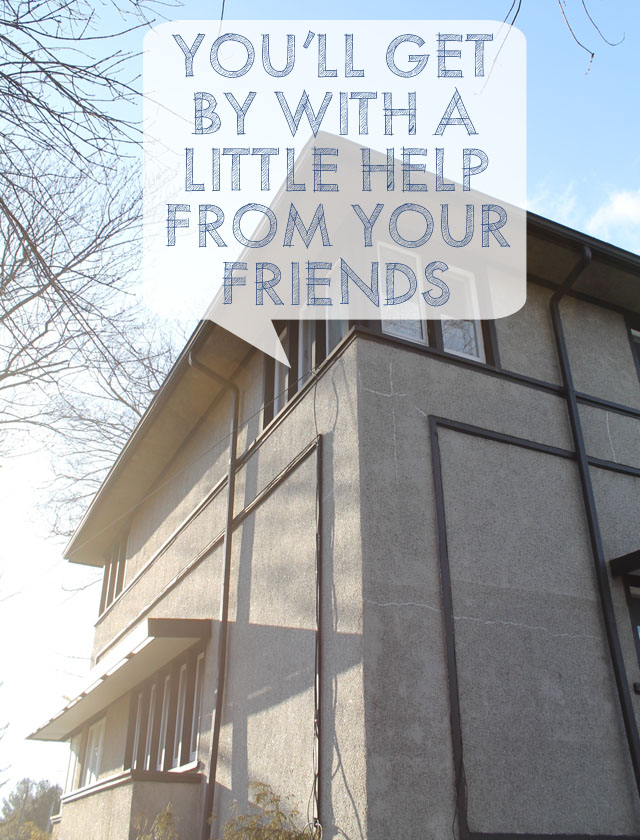 As I mentioned in a previous post, one of the joys of owning a historically significant house is the sense that we’ve joined a club. First there was the letter from the The Frank Lloyd Wright Building Conservancy and then just a couple weeks later, we received an email from a fellow American System Built home owner. After introductions were made and pleasantries exchanged, we were invited over to tour his ASB home and compare notes.

The meeting can be best summarized by a phrase that was frequently used that afternoon – it could be worse. It was the other ASB owner, Stuart, who first used that phrase. Having seen the condition of our house via the blog, he was the first to point out that his house was in worse shape than ours.

While most of the changes that we’ll need to make are cosmetic in nature, Stuart faces a number of big renovations to return his house to its former glory. Whereas the trim in our house has merely painted, most of it was removed from Stuart’s house years ago. And what wasn’t removed was drastically altered. Based on the floor plan for our house, it doesn’t appear that any major structural changes have occurred over the years. Stuart’s house, on the other hand, has had walls put up and bathrooms installed.

Despite the hard work ahead of him, Stuart’s passion for restoring his home mirrors our own. We had a wonderful time pouring over the research that Stuart has completed. And we were delighted when he offered to let us borrow one of his rare ASB books. (“We know where you live,” Stuart’s wife joked when we asked if it was really OK to borrow the books.)

It’s easy to get overwhelmed when facing a renovation. Standing back and looking at all of the things that need to be done, trying to parse out which project should happen first, one can start to feel rather hopeless. Comparing notes with another member of the ASB club provided some comfort to us. Not only because his house is slightly worse for the wear but because it reminds us that others are trying to do what we’re doing. And succeeding! Stuart has already made great strides in restoring his home. Seeing that progress, and talking about our homes and projects, was a relief to us renovation newbies.

All this is to say a special thank you to Stuart and his family for welcoming us into their home … and to the club.

We’re Growing Asparagus! (And We Didn’t Even Know It!)