3 Ways to Use Green Tomatoes 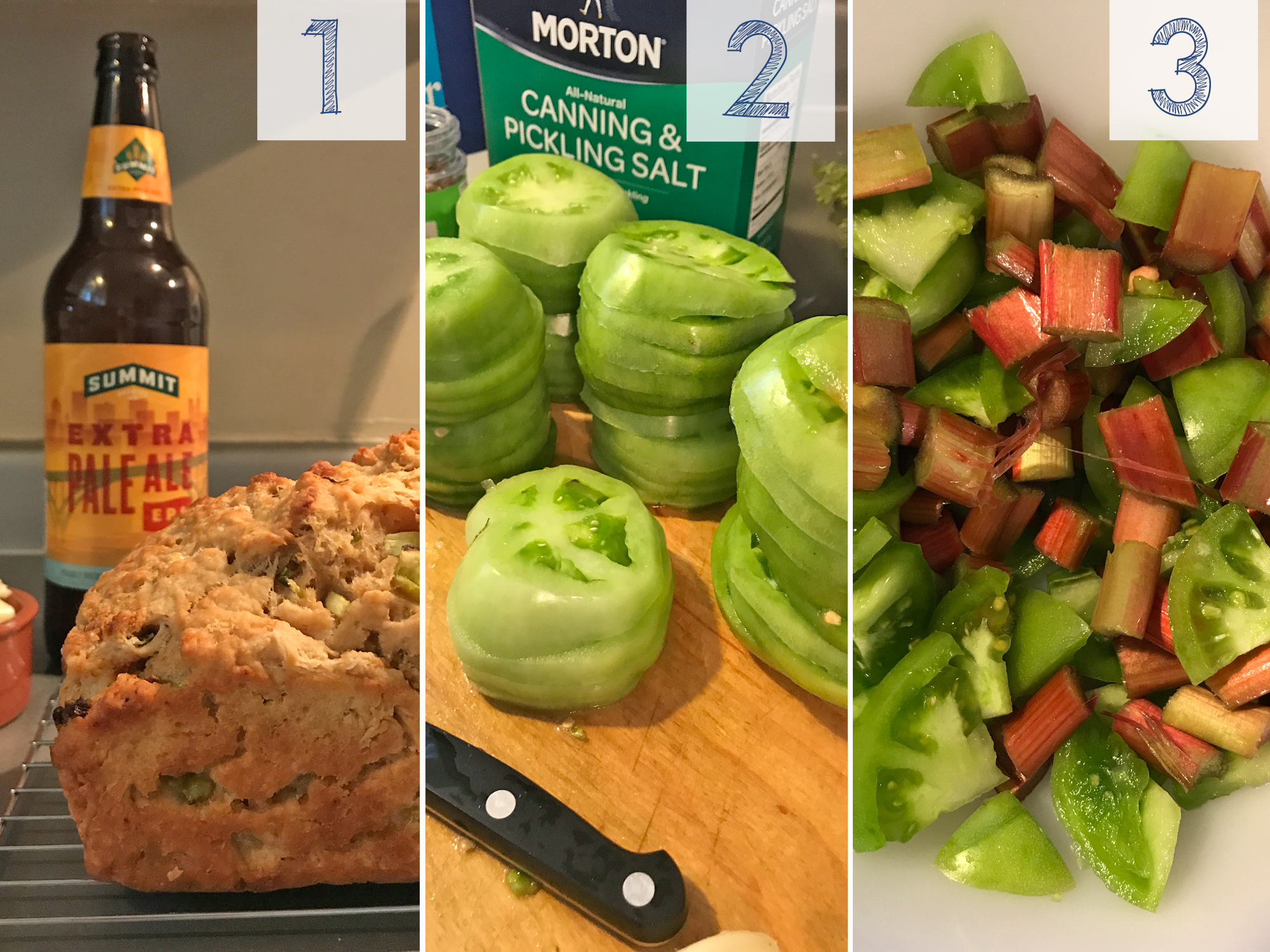 Every gardener who grows tomatoes ends up with an abundance of green fruit at some point. Whether it’s accidentally knocking the unripened fruit from the plants while pruning throughout the season (as I did earlier this summer) or plucking the last green tomatoes off the vine before the first frost (which I did just this weekend), we often find ourselves searching for uses other than fried green tomatoes. Well, ladies and gentlemen, I found three other uses for green tomatoes. And they’re all delicious. 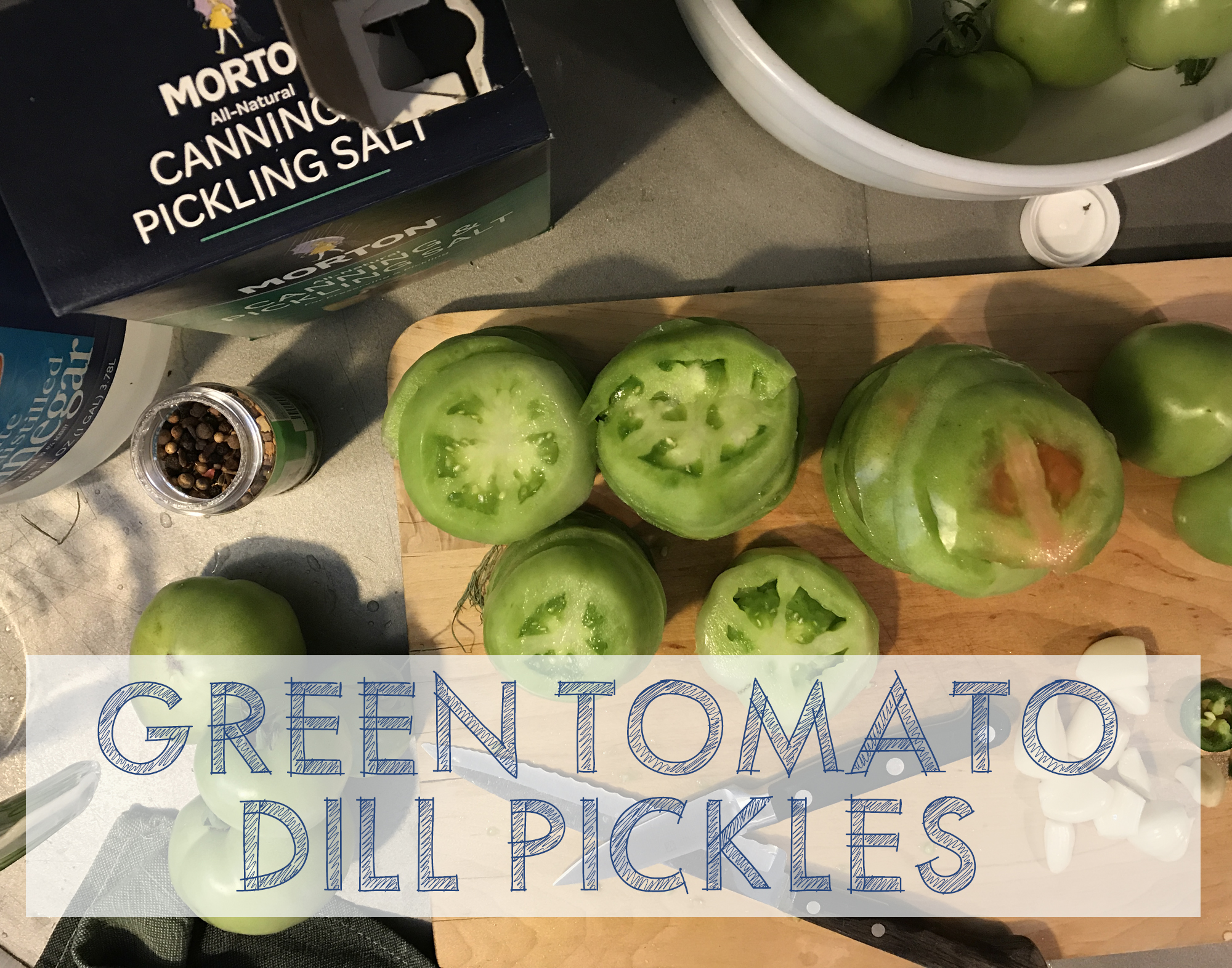 Green Tomato Dill Pickles: Last year I experimented with a simple pickled green tomato recipe that was easy but not very exciting. This year, I gave a batch of green tomatoes the full pickling treatment: vinegar, dill pickling spices and pickling salt. These tomatoes are the perfect burger topper. They have the punch of a dill pickle but with a meatier texture. And the larger sliced tomatoes fit perfectly on top of a patty of beef. 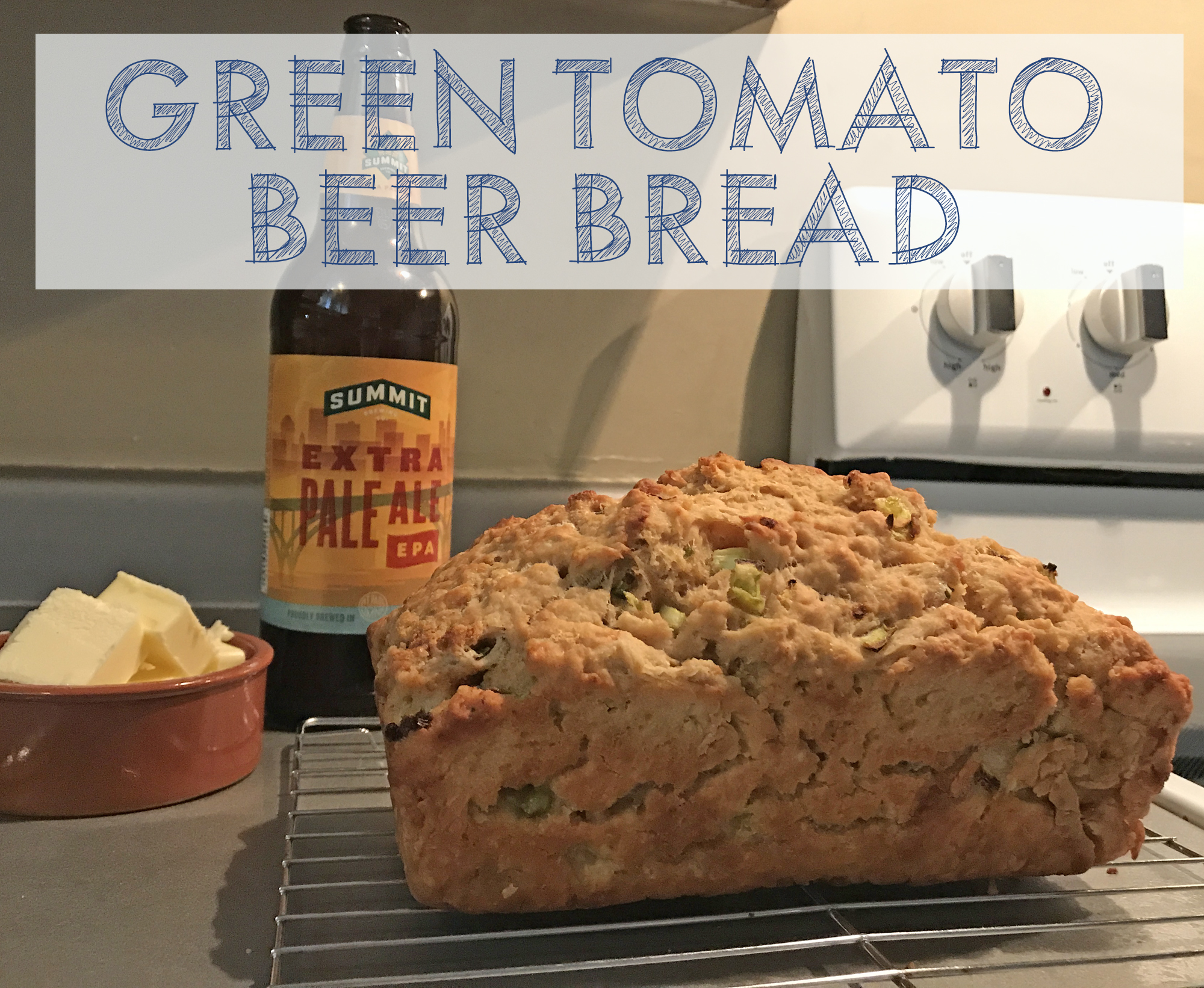 Beer Bread with Chopped Green Tomatoes and Jalapenos: I took a basic beer bread recipe and added chopped green tomatoes and diced jalapeno peppers to the dough. This actually made use of THREE things we have an abundance of: old beer, green tomatoes and jalapenos fresh from the garden. The tomatoes and peppers added a nice kick to the dense beer bread. Even tastier with a slab of salted butter on top. 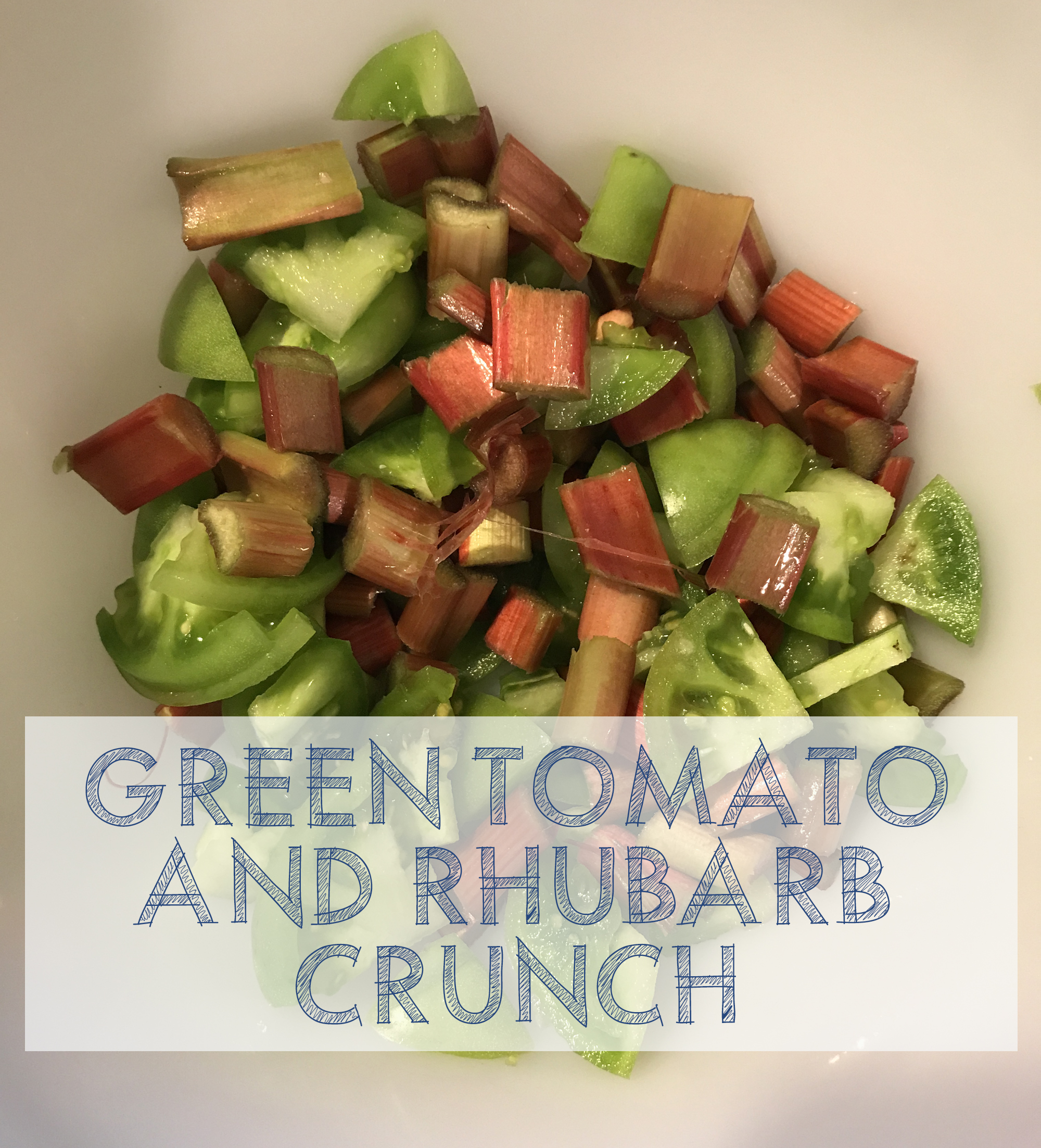 Green Tomato and Rhubarb Crunch: After reading that green tomatoes can be baked in a pie that’s similar to apple, I decided to mix them with some leftover rhubarb from the garden. But instead of pie, I went the much easier route: a crunch. My mother-in-law gifted me her little recipe box and one of my go-tos is her recipe for rhubarb crunch. It’s easy to prepare and it’s The Mister’s absolute favorite dessert. This recipe is very similar to Louise’s. And the green tomatoes really do taste like apples when baked into a dessert!