You know those stories of people who uncover treasures when they’re rehabbing a house? This is one of those stories. To be fair, our discovery of a can of stucco chips from our 1917 American System-Built Home can only be considered a treasure by nerdy, not worth much value but fascinating nonetheless standards. But it’s a treasure nonetheless!

I was digging around in the garage one cold, wintry day when I came across a can of Edward G. Robinson’s Blend pipe tobacco. My first thought was, Oh! What a fun vintage can! Then, when I turned the can around and saw that it was marked “stucco chips,” I was even more excited. I gingerly pried off the rusty lid and behold! A healthy collection of the very stucco that’s covering the Dream House! 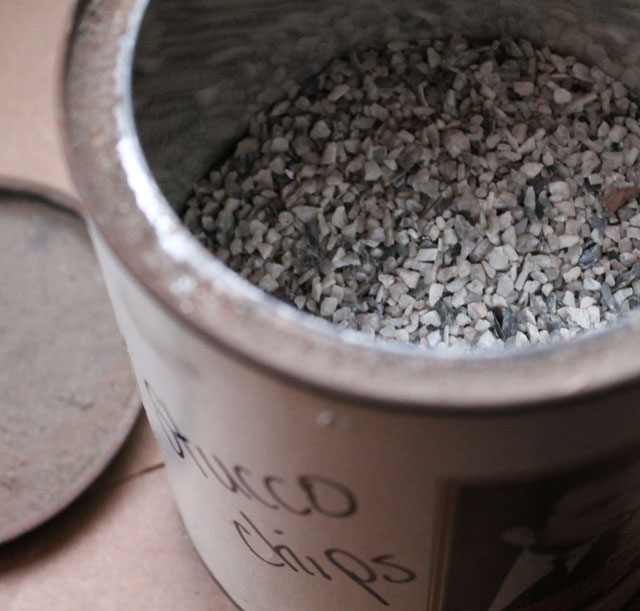 Now, one of the amazing things about our Dream House is that the exterior is still covered in the original stucco from 1917. Of the dozen or so American System-Built Homes that are standing today, we think ours is the only one with an exterior that was left intact. Typically, these houses spent a period of time when their architectural significance was either unknown or disregarded. At some point siding would have been thrown over the stucco or the stucco would have been painted. 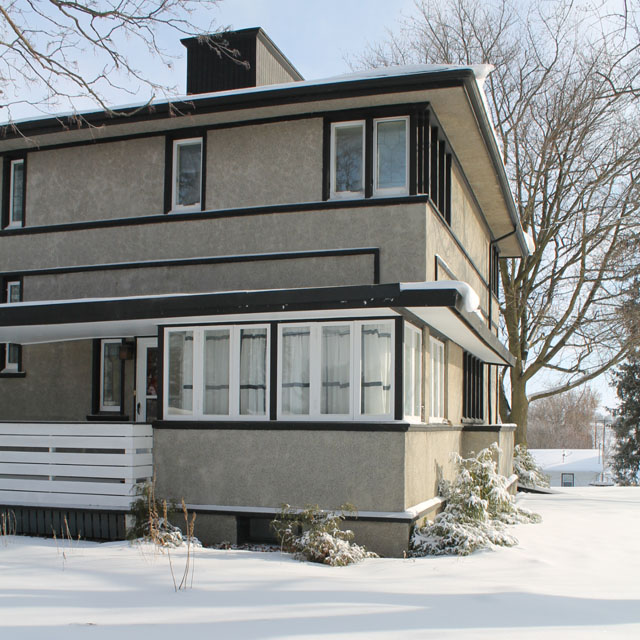 In its almost 100 year history, our houses’s exterior finish has never been altered. The original stucco, a unique mixture that contains something that glitters in the sunlight, remains mostly intact. (That’s right, folks, the Dream House glitters. How fabulous is that? Sadly, we’ve yet to capture the house’s glittery appearance in photograph.) As I say, the stucco is mostly intact. There are a few cracks and imperfections, which, considering the house’s age, seem relatively minor. To be on the safe side, we’re planning to have stucco professionals (stuccists?) inspect the exterior of the house this spring or summer. 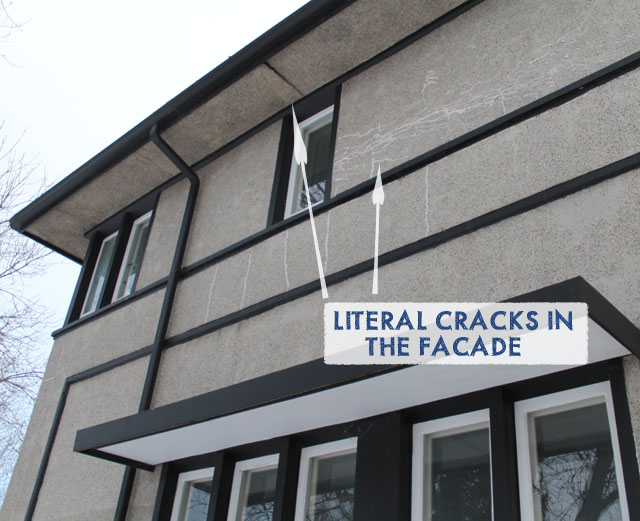 Having discovered the can of stucco chips, we’re considering contacting the Wright in Milwaukee, the folks who are rehabbing the row of ASB homes in that city, to see if they’d be interested in testing it. Back in a 2008 posting on the Save Wright message board, someone involved with that project posted a question about the contents of our house’s stucco. Citing an article in an issue of Frank Lloyd Wright Quarterly about our house, crushed granite is one of the known ingredients in our stucco. Aren’t you just dying to know what else is in it? Well, OK, maybe you’re not. But we are!